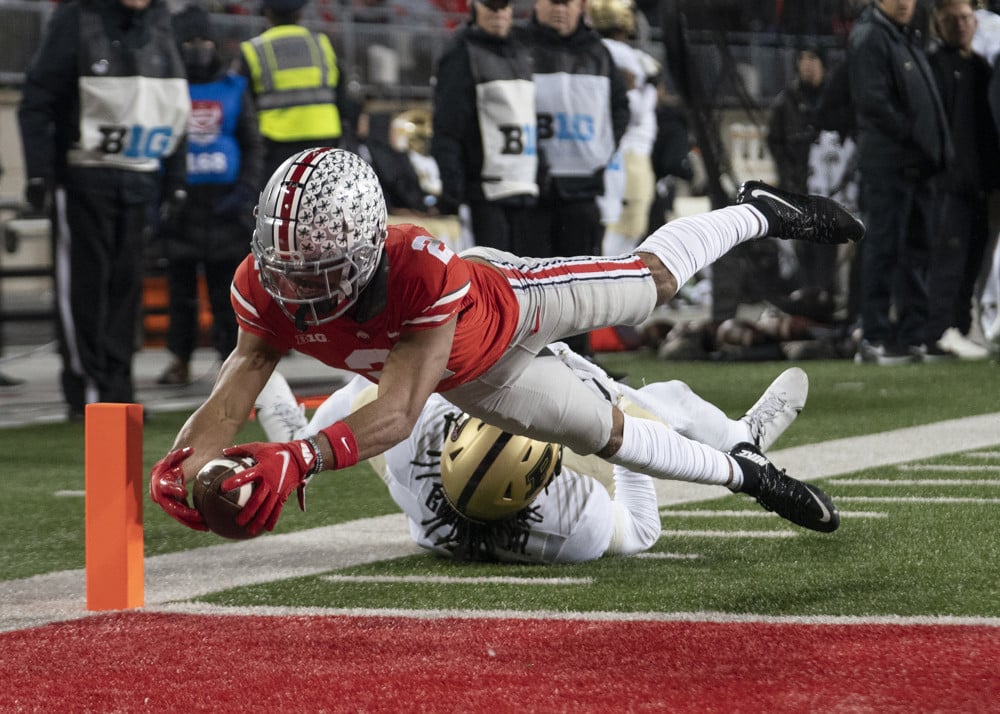 Since 2010 quarterbacks and running backs have dominated the offensive rookie of the year award. Ten times in twelve years, they’ve captured the award. However, in 2014 (Odell Beckham Jr) and again last year in 2022 (Ja’Marr Chase), it went to the wide receivers.

With a relatively weak quarterback class and none looking like locked-in day-one starters. Along with the first running back not being taken until pick 36. Will it be back-to-back years for wide receivers?

Taking a look at the defensive side, things are much more spread out. Using that same 2010 mark, linebacker has won the most (4), followed by defensive tackle and defensive end (both at 3), and cornerback grabbing it twice. Safety has not won the award since Mark Carrier did so for the Chicago Bears in 1990.

2022 NFL Rookie of the Year Odds and Best Bets

Offensive Rookie of the Year Odds: Provided by WynnBET

Jameis with a bomb to Chris Olave 👀

After breakout wide receiver seasons from Ja’Marr Chase last season and Justin Jefferson the previous season. It’s going to be a tall task for a wide receiver to put up the numbers to impress this year. With no apparent rookie quarterback starting and the top two running backs both likely splitting a majority of their time, I like another wide receiver to catch the award this year. The New Orleans Saints rookie, straight out of the Ohio State University, is ready to impress.

Fellow Buckeye Michael Thomas seems primed for a return this season to play opposite of Olave. This should give Olave the space he needs to impress. After an impressive 65 receptions for 936 yards and 13 touchdowns in his senior season. He’ll join an also returning Jameis Winston, who threw for 5,109 yards and 33 touchdowns in his last full season.

What fun is it if you can’t throw a few dollars down on a long shot with a ton of potential and have a great story to share with your friends, along with a nice fat betting slip to cash in? The New York Giants selected Robinson with the 43rd overall pick in the 2022 NFL draft. At just 5-foot 8-inches Robinson makes up in speed and shiftiness what he lacks in height.

In 2021 as a junior for the Kentucky Wildcats, Robinson caught an astonishing 104 passes for 1,334 yards and 7 touchdowns. In 2019 for the Nebraska Cornhuskers, Robinson rushed 88 times for 340 yards and three touchdowns as a freshman. Now he joins possibly one of the greatest offensive minds in the game in Brian Daboll, on a not-so-great team who is going to need to pull out all the tricks. What better weapon than Wan’Dale?

Defensive Rookie of the Year Odds: Provided by WynnBET

The odds are stacked towards the defensive lineman that were drafted near the top of this year’s draft. And a safety hasn’t won it since 1900. Hamilton can be the guy that breaks that trend, though. Hamilton was born in Greece while his father played professional basketball in European leagues. Arguably was the best player in this year’s NFL draft.

A Covid shortened year in 2020 and a knee injury in 2021 didn’t allow the Notre Dame star to amass the fancy stats. But the talent is there, and when you think of the safety position in the NFL, the Baltimore Ravens are one of the first teams that come to mind. Kyle should be able to slide right into their system and make an impact from day one.

Nakobe Dean isn’t quite the long shot that Robinson is on the offensive side. There is massive value in this Georgia Bulldog turned Philadelphia Eagle. The one-time seemingly locked-in first-round draft pick slide. Slide into the third round of the 2022 draft. Possibly the biggest steal in the draft, some rumors began to surface around draft time of a potential injury and maybe even surgery being recommended by a doctor.

His knee, his shoulder, a pectoral injury? The story couldn’t even be kept straight. Now in an Eagle uniform with a massive chip on his shoulder. The instinctive and intelligent Dean plans to school all those teams. Great value here at 20/1 odds.