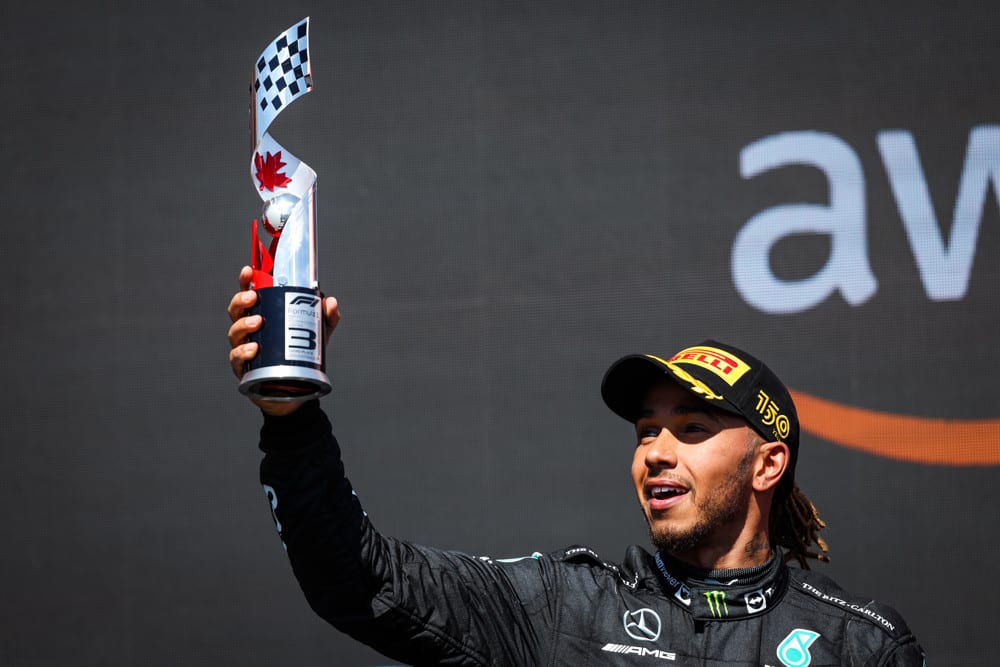 A safety car with just 15-laps to go in the Canadian Grand Prix kept things interesting as Max Verstappen held off a late charge by Carlos Sainz to secure his sixth victory in the first nine rounds of the 2022 F1 season. Charles Leclerc’s weekend started poorly as he has to take a new power unit before Sunday’s competition and started on the back row of the grid. Leclerc managed a 5th place finish, salvaging what could have been a very poor weekend, but was not a factor in the race otherwise. There will be several hungry drivers in this weekend’s Formula 1 British Grand Prix

Sunday, they head to The United Kingdom. The biggest question is, can anyone stop Max Verstappen? Verstappen has a stranglehold over the entire series right now after winning five of the last six events. Lewis Hamilton returns to the homeland still seeking his first victory of 2022. Hamilton has a record eight wins in the Formula 1 British Grand Prix, while Ferrari leads the way at sixteen for the most from a manufacturer.

Mercedes has been strong this year. They don’t have a win YET, but one is coming soon. As you keep reading you will see how high I am on Mercedes this week in the Formula 1 British Grand Prix. In four of the last five events, the combination of Hamilton and Russell scored the top-6 finish. Russell has yet to finish outside of the top 6 in all 9 rounds of 2022. While Hamilton has been the one to struggle a little more it’s still hit in most races.

Gasly has won this head-to-head matchup the last three rounds in a row. Gasly has hoped for a return to Team Red Bull Racing. However, the team re-signed Sergio Perez to that seat last month. Gasly this week re-signed with AlphaTauri for 2023 and is going to be a man on a mission to prove he deserves a better ride in the years going forward.

This is the week! Will anyone be surprised if Max or Charles wins, no? However, I think this is the week we see things get shaken up a little for the 7-time champion. There has been some news over a slur from former F1 driver and champion Nelson Piquet, used to describe Hamilton earlier this week. Hamilton will use that as fuel. Along with his down season, and being close to home this week to rise above and claim his first win of 2022 in the Formula 1 British Grand Prix.

This section is generally reserved for my long-shot winner. I’ve given out my long shot as my general pick to win this week. Changing it up a little. If Hamilton puts together the race I think he can and scores the win. Even if he doesn’t win, and can run the fastest lap in the race at 33/1 odds seem pretty crazy. Mercedes has shown the speed to be close. If Hamilton can make this his race to shine, watch for him to grab that fastest lap as well!