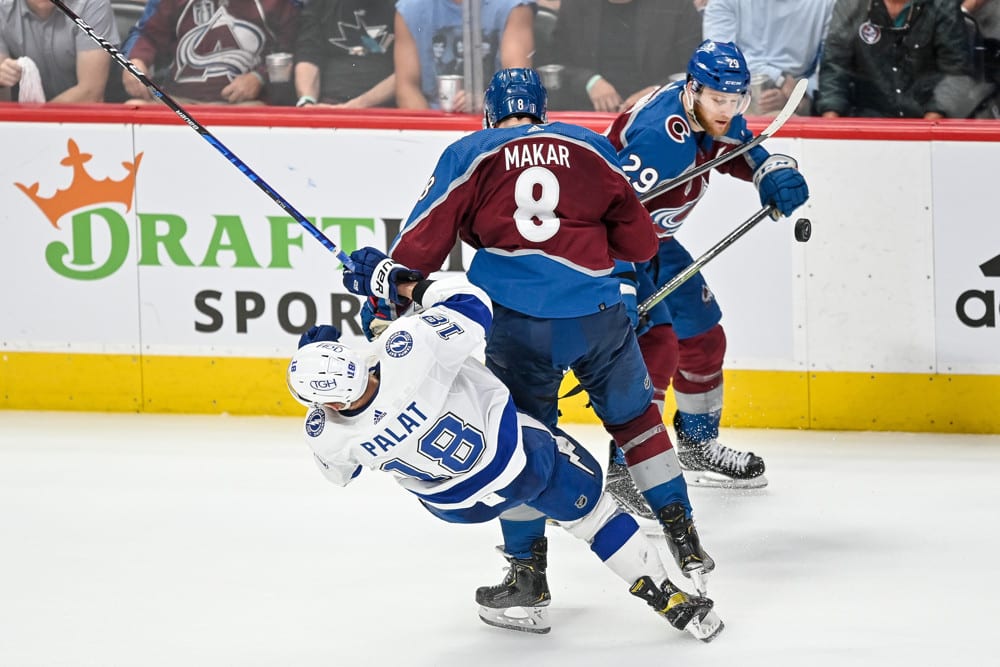 We have a Game 6! The Stanley Cup Final once again is back in Tampa Bay after the Lightning won Game 5 to force a Game 6. It’s been a great series with the Bolts battling back in it after dropping the first two games of the Stanley Cup Final. Let’s get right into our player props and DFS targets for Game 6!

Looking for picks for the game? Check out our NHL Experts picks here: NHL Picks for every game

MacKinnon is a bit too expensive to fit into your DFS lineup, without taking at least two value players, but luckily there is some value in his Game 6 props. He’s had at least 5 SOG in 13 of 19 playoff games, including four of five games in the Stanley Cup Final. He’s had double-digit shot attempts in the last three games with 6, 8, and 6 shots on goal in those contests.

With the Avs on the brink of the Stanley Cup, MacKinnon will once again be shooting at will. His odds to score (+164) and to score the first goal (+1300) are hard to pass up as well.

Makar is still expensive, but being slightly cheaper than MacKinnon –– and more consistent with higher FPTS games –– makes me want to fit him into my lineup. In fact, he’ll likely be my captain.

Makar had at least 18.1 FPTS in the last four games, including 25+ in three of them. He picked up two points in those three games and had 4+ SOG in all four as well. In the playoffs, Makar has 4+ SOG in 12 of 19 games, including seven of his last 10.

I’m playing these Palat props and will look to include him in my DFS showdown lineup.