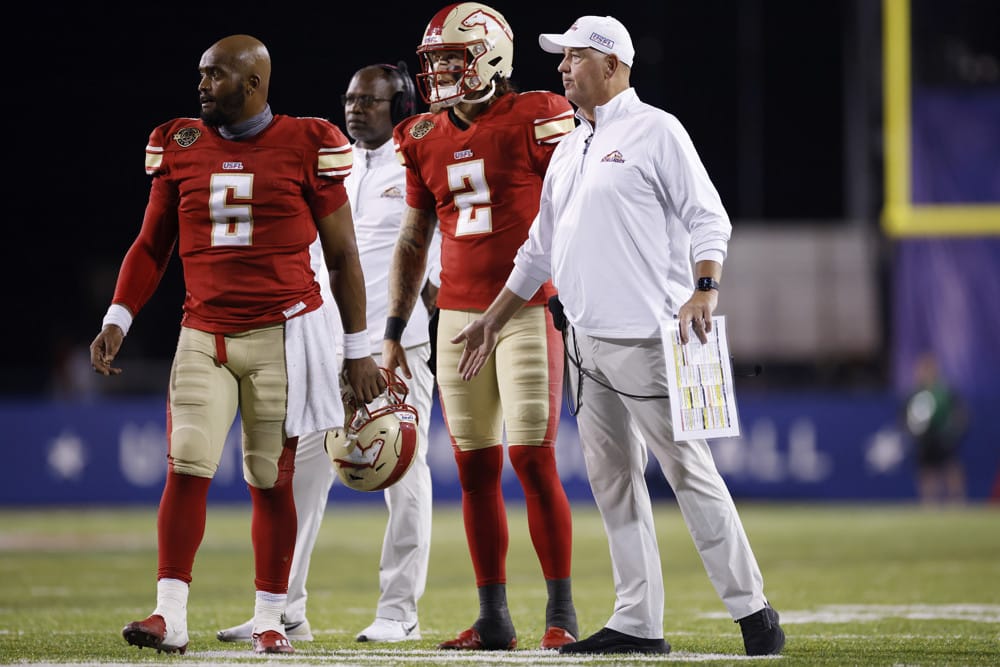 The USFL Semifinals are in the book! It was an exciting day of football in Canton, Ohio and Adam Pelletier (@adampelletier) and Justin Mark (@JMarkFootball) were on-site to cover the games. They break down what they saw from in the stadium and behind the scenes at Tom Benson Hall of Fame Stadium.

First, they talk about the Philadelphia Stars’ 19-14 special teams-driven victory over the New Jersey Generals. Kavonte Turpin and Maurice Alexander both balled out with punt return touchdowns. USFL Offensive Player of the Year Darius Victor scored another touchdown and Luis Perez was accurate as always for the Generals. However, it was not enough to overcome the Stars’ persistent offensive attack led by Case Cookus. Philadelphia also leaned on their defense to keep things close and ultimately seal the win with an interception late.

CHECK OUT THE FULL STARS VS GENERALS RECAP HERE

In the nightcap, the Birmingham Stallions pulled away late to put away the New Orleans Breakers 31-17. The Stallions got it done in all three phases of the game with a pick-six by DeMarquis Gates and a kickoff return touchdown by Victor Bolden Jr. Add in a passing and rushing touchdown from J’Mar Smith and you have a recipe for success. The game was much closer than the score indicated and saw Kyle Sloter throw for 300 yards again and Sal Cannella broke the USFL single-game receiving record. Despite the gaudy yardage totals, the Breakers could not score points to keep up. J’Mar and the Stallions’ offense had three 10+ play scoring drives that ultimately sealed the dub for Birmingham

CHECK OUT THE FULL STALLIONS VS BREAKERS RECAP HERE

The USFL Gambling Podcast is America’s number one USFL podcast! Hosted by Colby Dant, Patty C & NC Nick the same trio that brought you “The College Football Experience” podcast. The trio not only serves fresh hot winners to your doorstep but the guys have a rich history and love for the United States Football League.