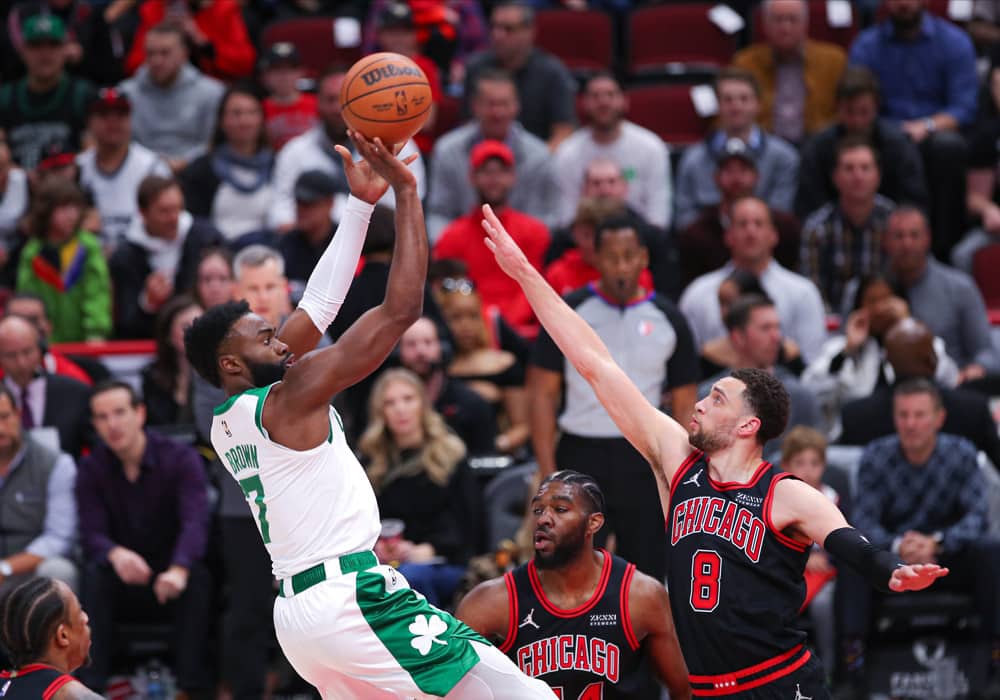 The Boston Celtics stole Game 1 in the NBA Finals on Thursday night. The Celtics used a 40-16 fourth quarter in Game 1 to get the victory 120-108. Al Horford finished the game with 26 points, including going 6-8 from the three-point line. The Warriors look to avenge their Game 1 loss and look to secure a victory in Game 2. Below is my breakdown of the 2022 NBA Finals Game 2. Think you know who is going to win it all? Check out the latest NBA Championship odds.

One player who has responded for the Warriors in a big way after a loss has been Klay Thompson. In fact, Klay is averaging 25.7 points per game after a loss and, more importantly, has knocked down four or more three-pointers in two of the three games. Klay is going to be pivotal in the NBA Finals for the Warriors. In my eyes, he is starting to look stronger as the postseason has gone on. I like the Over 3.5 on his three’s and may ladder this play up as well for the NBA Finals Game 2.

"I think I'm peaking at just the right time with the big trophy on the line."@KlayThompson sat down with @Dennis3DScott before heading into Game 1 of the #NBAFinals pic.twitter.com/gXt5mHuS7c

I targeted Klay in Game 1 of the 2022 NBA Finals for DFS and he did not have a great game. But I believe Klay will bounce back in Game 2 against the Celtics. As I mentioned above, Klay has been great for the Warriors after a loss in the postseason averaging 25.7 points per game. I believe this is a great option for the captain spot as well.

Jaylen Brown had a great Game 1 for the Boston Celtics. He finished the game with 24 points and seven rebounds along with five assists and two steals. I said on the NBA Gambling Podcast that the Celtics will go as far as Brown takes them. Brown has played well in the playoffs, averaging 23 points, 6.8 rebounds, and 3.6 assists. If the Warriors continue to double team Jayson Tatum or he has a bad shooting night, Brown has been one consistent player for the Celtics.

Al Horford was the best player on the floor for the Boston Celtics in Game 1 of the 2022 NBA Finals. Horford single-handedly iced the game for the Celtics in the game. In fact, Horford finished with 26 points and six made three-pointers. I want to continue to back Horford because of the limitations for Robert Williams. Williams has not played more than 30 minutes in the postseason yet due to the knee injury that is lingering with him. I expect Horford to rebound the basketball and be a scoring threat for the Celtics.