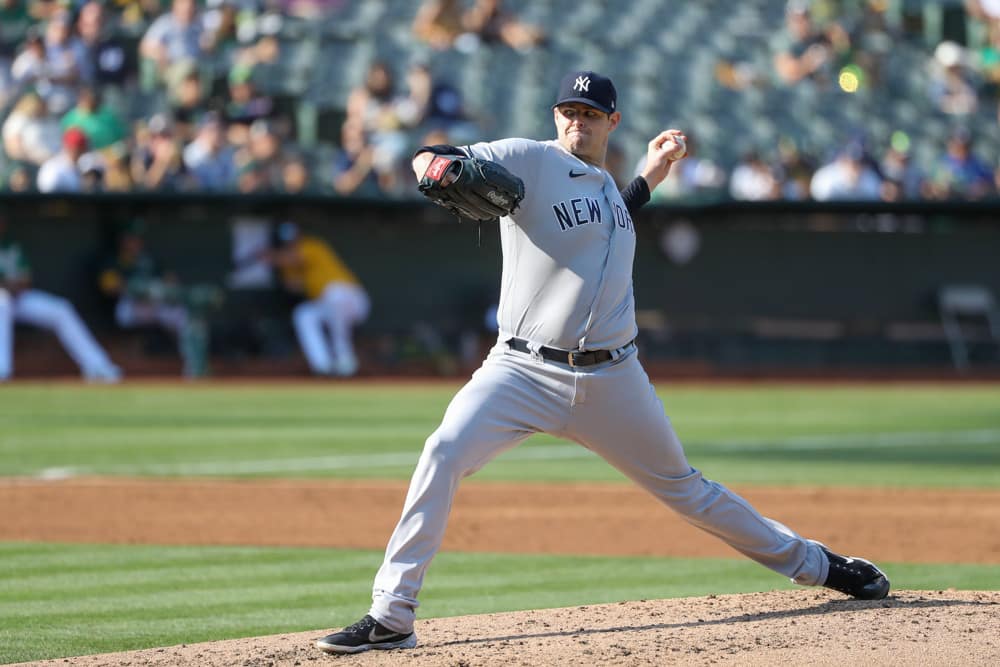 The MLB season is off to a great start and so are my MLB Player Props. I went 2-1 last week on my MLB player prop best bets and look to continue that momentum here tonight. There are a few great series this weekend and a few best bets I have identified for tonight’s action. Let me dive right into the best bets!

First, this number is juiced up to -170 and I do not like giving out plays above -150. But it is too difficult to ignore the success Miguel Rojas has against Phillies starter Zach Eflin. In fact, Rojas has 11 hits in 32 at bats against Eflin including five doubles and one home run. Additionally, Rojas is batting .344/.382/.594 against Eflin. Despite a slow start to the season for Rojas, this is a game where he can find his form and break his no hits streak over the last four games. I love this player prop to go over tonight!

Jordan Montgomery had a rough outing against the Red Sox in his first start of the season. However, tonight he faces a team he is all too familiar with in the Baltimore Orioles. First, Montgomery was decent on the road last season. He was 3-3 with 90 of his 172 strikeouts coming on the road. Further, Montgomery faced the Orioles on five separate occasions last season. In those five appearances, he recorded five or more strikeouts in three of those starts. In one of those starts, he struck out four batters.

The Orioles bats are off to a cold start to the season. To no one’s surprise, in the American League the Orioles rank #13 in batting average, #14 in hits, and dead last in runs scored. There is one category they are excelling in this season on the offensive side and that’s strikeouts. Thru six games this season, the Orioles are #2 in strikeouts in the American League. In fact, at least one pitcher in five of their six games has recorded five or more strikeouts against them. The lone starter who didn’t get to five strikeouts was Drew Rasmussen, who was pulled out of the game after three innings but still recorded three strikeouts. However, the pitcher who replaced him, Josh Fleming, recorded five strikeouts in 3 1/3 innings of work. I love this MLB player prop as a best bet tonight!

Dylan Cease is healthy coming into this year and now is the face of the White Sox pitching rotation. Unfortunately, the White Sox continue to be riddled with injuries and this season it’s to their pitching staff. Lance Lynn will miss significant time and Lucas Giolito was put on the IL with an oblique injury. However, Cease was a bright spot in his first start against the Tigers this season. Cease struck out eight batters in just five innings of work. I believe this is a good spot for Cease to continue raking up the strikeouts.