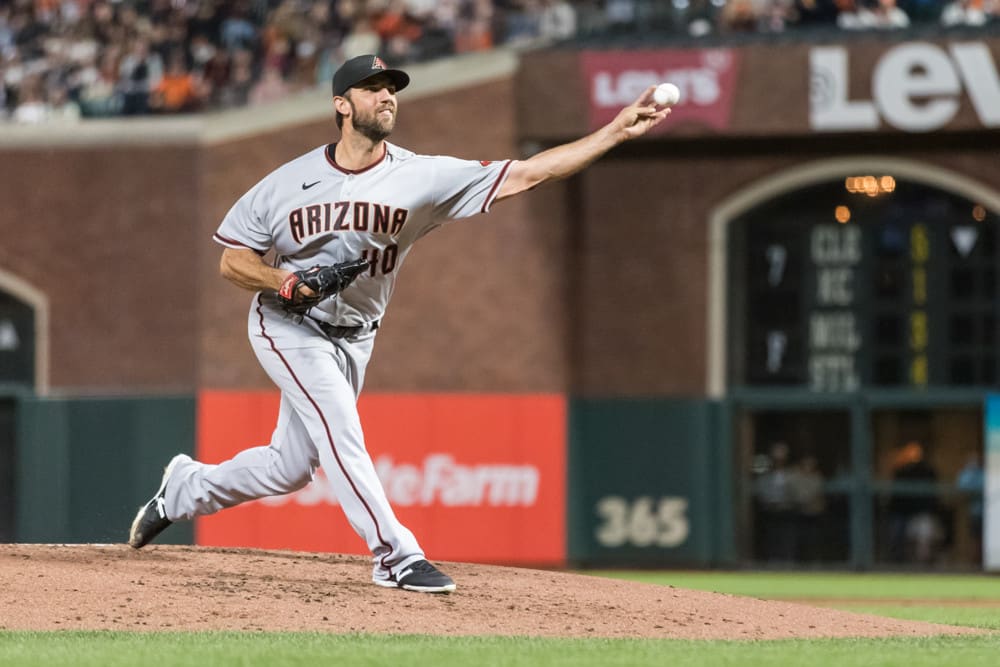 A two-season-long pandemic and an owner’s lockout could not keep us down forever—as of tomorrow, Major League Baseball is finally back, and we will actually get a full-162 game season! Let’s get excited and see how we can turn a profit!

Let’s be real, though; Betting on baseball is an entirely different beast than wagering on football or basketball (or any other sport). The frequency of play and span of schedule truly make this a marathon of practice. Additionally, baseball is not played on a timer like most other sports. Also worth noting, MLB has adopted several rule changes (most notably, the universal DH), and doubleheaders will again be a theme for the upcoming season.

EVEN MORE MLB AND FANTASY BASEBALL CONTENT FROM SGPN

Before diving into the Opening Day slate, here are a few tips to keep in mind throughout the entire 2022 MLB season: monitor your projected starters diligently, seek out favorable righty-lefty matchups, and pay attention to umpiring crews (especially blue behind the plate if playing totals). Let’s not waste any further time—there are seven games in action tomorrow (BOS-NYY and SEA-MIN have been postponed to inclement weather); Here is a run line, moneyline, and total play to consider for MLB Opening Day 2022.

All odds provided by WynnBET online sportsbook; numbers current as of April 6th, 2022.

Here, we see two teams on opposite ends of the NL Central. A division that is certainly a tick lower than the other two in the Senior Circuit. The Brewers are coming off a year where they won the division, only to output a mediocre playoff performance in the NLDS, ultimately losing to the eventual-champion Braves. The Chicago Cubs, on the other hand, entered last year with hopes of competing but proceeded to sell the farm before the trade deadline. Superstars Kris Bryant and Javier Baez have long left the Windy City, so which way will this once-tortured franchise head?

On Thursday, the Brewers will head to the Friendly Confines of Wrigley Field where they will hand the ball to their reigning-N.L. Cy Young winner, RHP Corbin Burnes for a 2:20 PM ET ball game. In 2021, Burnes showcased an 11-5 pitching record with a dominant 2.43 ERA over 28 starts. Against the Cubs, Burnes made two starts over the 2021 season with Milwaukee winning both, allowing only three total runs to Chicago. Naturally, Burnes will need some much desired offensive support, but I’m still confident in the Brew crew on Opening Day so they’re tops among the best bets.

The Cubbies will send out veteran righty Kyle Hendricks. Last year, Hendricks (in his eighth season) produced a respectable effort, going 14-7 with a 4.77 ERA. Sure, he has been a reliable arm for the majority of his career, but we have seen some drop off in Hendricks’ play over recent campaigns—he led the majors in hits allowed last year, surrendering 200. For a team that may struggle to produce runs in its current state, the Cubbies will need to get efficient pitching on a nightly basis if they look to at least remain competitive. When pitted against the Brewers in 2021, however, the Cubs played to a dismal 4-15 record.

For me, it’s the difference in trajectories between the two ball clubs here. After winning the division last year, the Brewers seem hungry to earn their first World Series title since 1982, while the Cubbies don’t appear to have a clear direction at the moment. With Corbin Burnes on the bump for Milwaukee, I love the Brewers winning by multiple runs for a standard -110 payout. Great value on Opening day and it headlines my best bets.

The Cleveland Guardian-era will officially commence its inaugural season on Thursday. The team with MLB’s newest moniker will head south to Kauffman Stadium where the Kansas City Royals and a familiar-divisional face await. Zack Greinke is back in blue and will pitch in K.C. as a member of the Royals for the first time in a dozen years. Naturally, toeing the rubber opposite Greinke will be Cleveland’s Shane Bieber. Although Bieber only made 16 starts last season, the 2020 A.L. Cy Young winner is looking to bounce back in 2022. However, on Opening Day, my initial lean is Kansas City.

The American League Central is likely the weakest division in MLB at the moment, with it looking like the White Sox division to lose. The Detroit Tigers and Minnesota Twins both boast talent but don’t look as complete as the Southsiders. You are then left with the Royals and Guardians: two young teams looking to usher in a new era of baseball. This is what Opening Day Best Bets are all about.

In K.C., most baseball fans will tell you how excited they are for Bobby Witt Jr.’s upcoming rookie season. The 6’1”, 21-year-old infielder grew up around professional clubhouses and can absolutely be a five-tool player at the MLB level, but will the kid be ready to go in front of 30,000 fans at The K tomorrow? After hitting .406 with three homers and 8 RBI this spring, I believe he will be (at +300, Witt Jr. is also the odds on favorite to win 2022 A.L. ROY at WynnBET sportsbook).

Honestly, I don’t see either the Royals or Guardians making too much noise this season, but I do like the Royals at home on Opening Day for plus money (+110). I expect the home crowd to rally behind the returning-Greinke, and for the Royals to start the year 1-0, giving us our first plus-money win of the MLB season!

Last year, the Arizona Diamondbacks turned heads for all the wrong reasons. After all, the Snakes lost a whopping 110 games *gasp*. Naturally, it will be an uphill battle out of the N.L. West cellar for Arizona, and with the way their roster currently looks, they certainly have their work cut out for them. Their biggest weak spot? In 2021, the Diamondbacks’ team ERA was a lofty 5.11—dead last in the National League. They allowed 804 total runs on the year: also worst in the N.L. Additionally, their ace Madison Bumgarner (Thursday’s projected starter) has never looked like the postseason legend that he was when with San Francisco. I think I may be playing the over in many Diamondback games this season.

Facing the D-backs Thursday night in Phoenix will be the San Diego Padres. Unfortunately for the Friars, they’ll be without their superstar shortstop for approximately three months. Tatis Jr. is absolutely San Diego’s best offensive player, but I think this lineup still has plenty of pop. They should push Thursday’s combined run total over the 8.5 run threshold (especially when you consider a DH will be used for both teams). Between Machado, Hosmer, Cronenworth, Myers, and Alfaro, I see the Padres putting up crooked numbers in multiple innings. On the mound, San Diego will send out veteran Yu Darvish.

Here’s one last aspect to consider when playing early-season baseball totals; Due to the 99-day Owner’s lockout, MLB is coming off of a shortened spring training (only three weeks played). Traditionally, this would equate to less preparation time, which is most impactful on pitchers (to whom routine is everything). Expect the bats to be loud this first month of baseball! Who doesn’t love wrapping up Opening Day Best Bets with an over?!?

All odds provided by WynnBET online sportsbook; numbers current as of April 6th, 2022.

Hailing from the Golden State of California, Gabriel Santiago grew up in the Bay Area competing in myriad athletics before graduating from UC San Diego. Previously affiliated with KNBR in San Francisco and Action Network, Gabriel also calls play-by-play for UNLV Athletics. He values his privacy and prefers you don't look for him on social media.