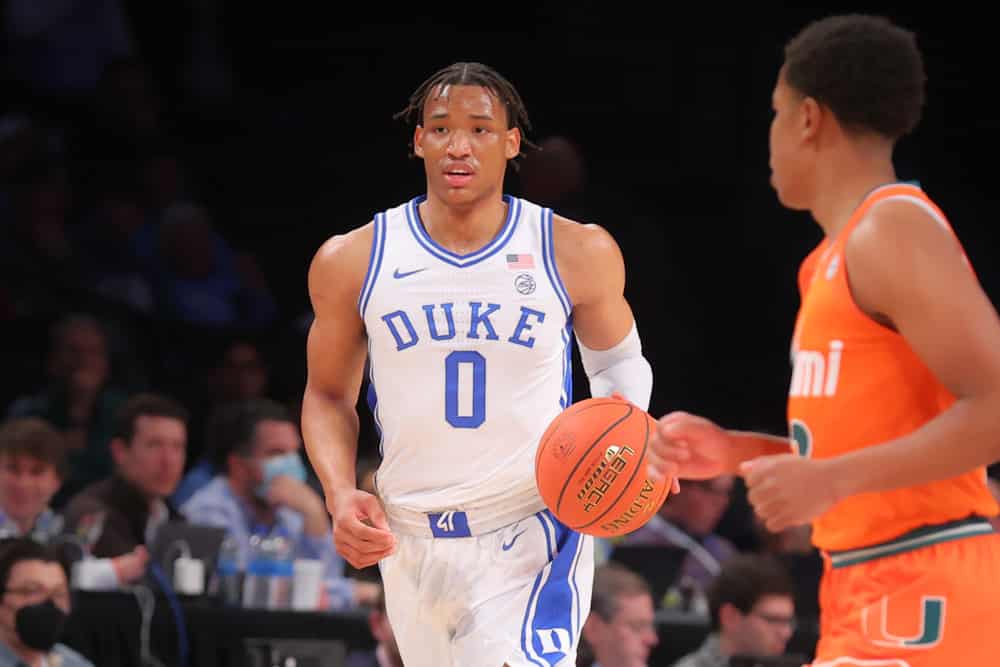 We’ve made it. March Madness is winding down and we have the four teams left standing in New Orleans for the 2022 NCAA Tournament Final Four. For how crazy of a tournament it was, it’s all blue bloods in the Big Easy. Sure, North Carolina was an 8-seed but nobody is mistaking them for Cinderella. Duke and Villanova are 2-seeds who are accustomed to deep tournament runs and Kansas is the sole 1-seed still dancing.

While we may lack the underdogs, it should be an excellent two games on Saturday. In this column, we’ll break down the nightcap: UNC vs Duke.

On February 5th, Duke rolled into Chapel Hill and beat the Tar Heels by 20. Exactly one month later, UNC ruined Coach K’s last game in Cameron by defeating the Blue Devils by 13. In the first matchup, Duke surprisingly outrebounded UNC by 16 and shot lights out. On the backs of AJ Griffin’s 27 points, Duke shot 57.6% from the field and 47.4% from 3. They knocked UNC back early and the Tar Heels were never able to regroup and be competitive. 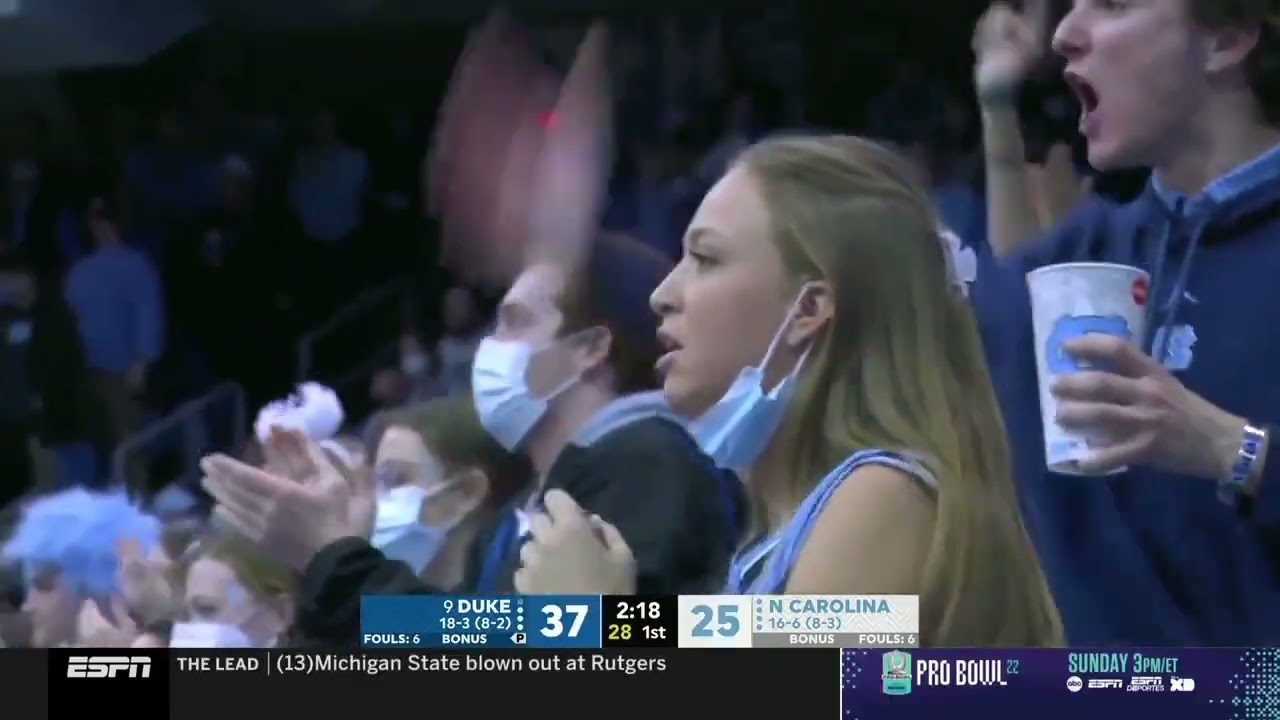 The game in Durham was almost the exact opposite. North Carolina won the rebounding and turnover battle and outshot Duke from deep. Unlike the first game, Armando Bacot didn’t have to battle foul trouble and Leaky Black shut down AJ Griffin (5 points). Four out of five starters for UNC put up 20 points or more in a dominating performance. 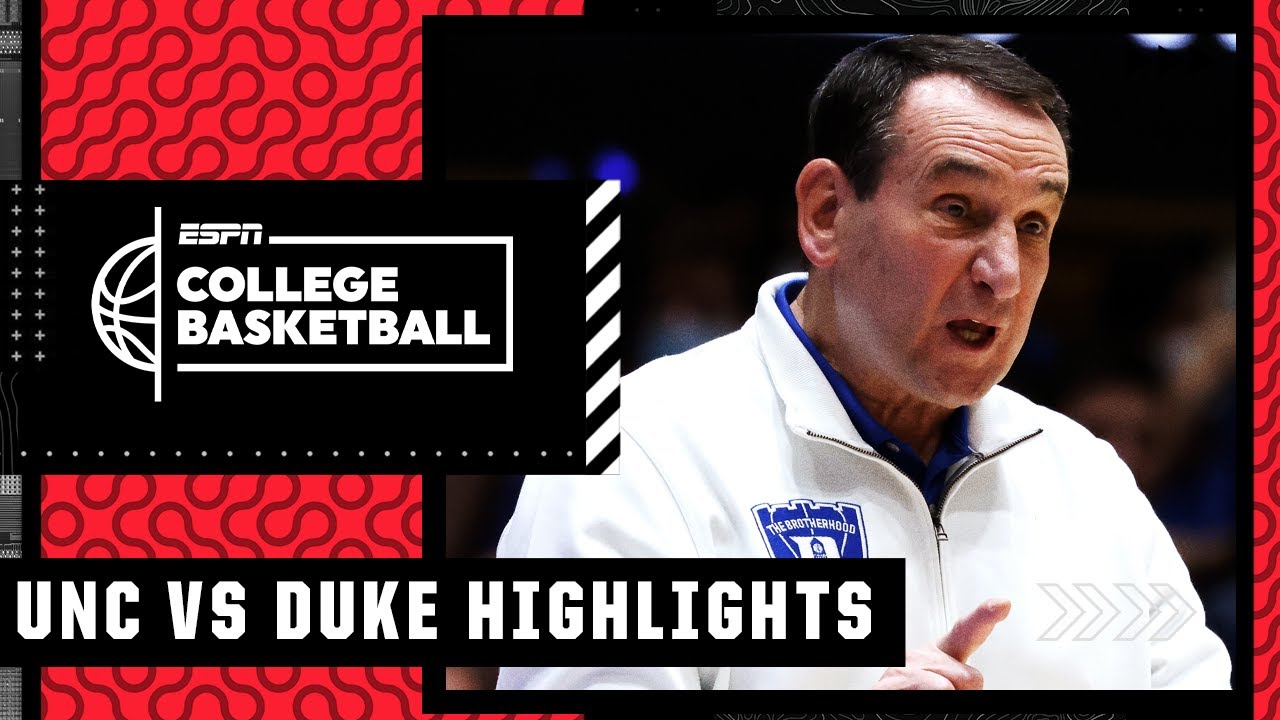 How They Got Here:

Although Duke won the ACC regular season, they limped into the NCAAs. The Blue Devils lost to UNC, had two unimpressive wins over Syracuse and Miami in the ACC tournament, and then got beat by Virginia Tech in the Final. As a Duke fan, I was concerned about this team’s chances to advance due to a defense that had regressed. In the last four games before the tournament, Duke was giving up 82.75 points per game.

In the NCAAs, Duke got past an over-seeded CS Fullerton team in Round 1 and came back on Michigan State to advance to the Sweet 16. Then, down by four at half vs Texas Tech, a light went off and Duke played dominant basketball beating the Red Raiders and taking down Arkansas convincingly. Over the past two weeks, we’ve seen a young team grow and get tougher.

UNC closed out the regular season winning five in a row and whipped UVA by 20 in the ACC tournament. At that point, we thought we’d get Duke vs UNC in the ACC Final. However, the Hokies had other ideas and smacked the Tar Heels 72-59 in the semis. The inconsistency of this team has been centered around the backcourt and in this game Caleb Love and RJ Davis combined to shoot 5 of 27.

In the NCAAs, UNC crushed Marquette in Round 1 even with Love and Davis again shooting poorly (7 of 25). In Round 2 against Baylor, we saw both sides of UNC. They were up 25 with just over 10 mins to go before needing overtime to knock off the one-seed. In their defense, Love fouled out and Brady Manek was ejected which obviously aided the Bears comeback. In the Sweet 16, UNC knocked off a very good UCLA squad getting 30 points from Caleb Love and then took down the over-matched St Peter’s Peacocks.

Expect a lot of points. Duke just put up 78 points on both Texas Tech and Arkansas (a couple of the better defenses in America) and is now the top ranked offense on KenPom. Jeremy Roach recently took over the starting PG role and has excelled, especially in the clutch. Paolo Banchero is averaging 18.5 PPG in the tourney, Mark Williams and Wendell Moore have been in double digits in each game, and AJ Griffin just put up 18 on the Razorbacks. This Duke offense will get their points on just about anyone right now.

However, I’m still not sold on the Duke defense. They switched to zone in both of the last two games and while it was effective, it’s not a good strategy vs UNC. The Tar Heels shoot the three ball too well. Similar to Duke, UNC can also put up points in a hurry. Don’t get hung up on the 69 vs Saint Peter’s. They were up big and took their foot off the gas. The key to the Tar Heel offense opening up has been the emergence of Brady Manek. At 6-9, he’s the best shooting big man in the country and has killed Duke this year.

Keys to the Final Four Game:

The two big men will somewhat neutralize each other. Neither team has a deep bench, so foul trouble could be huge. At least Duke has Theo John as a reserve which allows Mark Williams to be aggressive as a rim protector. UNC doesn’t have anyone of note behind Bacot. His importance to the Tar Heels cannot be overstated. If he stays foul trouble free and dominates the paint, UNC might be playing on Monday night.

Duke needs Banchero to be aggressive offensively and not settle for mid-range jumpers. Get the ball to the basket and get UNC in foul trouble. He’s shot 12-14 from the charity stripe over the last two games which provides all the more reason to pound it inside. He’s been one of the best players in the tournament but had a down game vs UNC in Durham.

On the other hand, Brady Manek has feasted on Duke this year – shooting a combined 11-20 from deep. The Oklahoma transfer had been deadly from deep and shows that Banchero has had a difficult time locating and closing out on shooters. Plus, if you’re a Tar Heel fan, you love that Manek is 23 years of age to just 19 for Banchero. Experience matters, especially in March.

One of the real differences between the first and second games this season was AJ Griffin’s production. As you might expect from a freshman, Griffin has been up and down and that was evident in the games vs UNC. In Chapel Hill, he looked like the best player on the court, and in Durham he was practically invisible. Leaky Black is an excellent defender. If he can take Griffin out of the game (like he did in Durham) UNC has a good chance at knocking off Duke.

Perhaps the biggest matchup to look out for is in the backcourt. Simply put, if Caleb Love and RJ Davis are on, UNC is extremely hard to beat. However, they’re wildly inconsistent. Duke’s Wendell Moore is an excellent perimeter defender and Jeremy Roach and Trevor Keels can hold their own as well. Duke cannot afford plus games for both Love and Davis. The frontcourts will somewhat neutralize each other which leaves it up to the guards. The turnover battle will be huge and perhaps whoever can hit the most 3’s may just win.

This is going to be an excellent Final Four game. There may not be two hotter teams in the country right now. Plus, they are hated rivals and all that jazz. Expect the matchup to go down to the wire. The first two games were lopsided – not this one. Duke laying four points is too much in a tight game. UNC covers but Duke wins ML. A Final Four buzzer-beater perhaps?