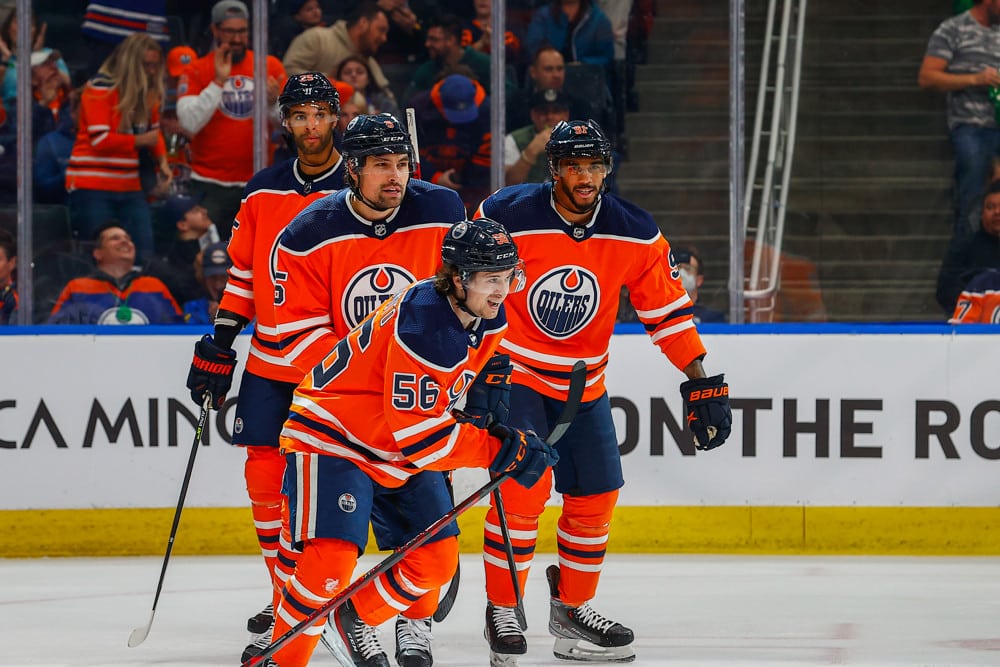 Welcome back to the Fantasy Hockey Waiver Wire: Teams to Stream & Best Pickups article! The Fantasy Hockey Playoffs are getting underway for some in Week 23 while other leagues have one final week to gear up for the postseason. This is another busy week with at least five games on each day, and no day has more than nine games. As always, I’ll be focusing on the teams that play primarily on the lighter nights of the week. I’ll be your guide to help you win your fantasy hockey matchup this week with the best pickups, goalie options, teams to stream, and teams to avoid.

There are nine games on the typical busy nights (Tuesday, Thursday, Saturday) as well as Sunday, making Monday (5), Wednesday (6), and Friday (7) the three nights we’ll be focusing on here.

The Coyotes aren’t a great offensive team but they have one of the better schedules this week.

Schmaltz has 19 points (8 G, 11 A) in 11 March games, inflated by his seven-point game earlier in the month. He has three points (2 G, 1 A) in his last five games to go with 10 shots on goal. His usage on the top line and power-play unit, as well as his flexibility at center or wing, gives him some value this week.

Crouse has been heating up recently. He has 10 points (6 G, 4 A) in his last 10 games to bring him up to 34 total on the season. He’s also been shooting the puck a bit with 19 shots in those 10 games. Crouse is also a physical player that can help you out in the hits category. The 2015 first-round pick has the talent and upside to be worthy of a pick up this week.

Vejmelka has been fine this season for the Coyotes. He has 10 wins, a 3.39 GAA, and .904 SV%. He’s not going to be someone you can rely on for a ton of points, but he should get three starts this week on lighter nights.

The Sabres have a few more offensive weapons than the Coyotes.

I’ve written about Thompson a few times now and he’s up above 50% rostered now. If he’s available in your league, you should be giving him a long look.

The 24-year-old forward is one of the driving forces on a bad Buffalo team. Heading into Sunday, he had seven points (4 G, 3 A) in his last six games. Thompson is up to 49 points (27 G, 22 A) with 207 SOG in 61 games on the season. Given his usage and flexibility, Thompson is a valuable fantasy hockey commodity.

Skinner plays on Thompson’s left flank and while he’s not living up to his huge contract, he’s been a productive winger for the Sabres. He had a six-game point drought bookended by two three-game point streaks. If he gets hot he’ll help you out a ton this week.

Anderson isn’t going to help your GAA or SV%, but the Sabres have been getting him some wins recently. He’s 6-2-0 with 25 goals against and a .902 SV% in March. With games this week against Chicago, Winnipeg, Nashville, and Florida, Anderson could pick up a win or two.

The Oilers have two of the best players in the league and their running mates are thankful for them.

I’m not going to write much here because Kane shouldn’t be available in your league, but those of you in shallow leagues need to pick him up. He has 23 points and 89 shots in 27 games with the Oilers and is on the top line with Connor McDavid.

Yamamoto rides on the right side with McDavid and Kane. He’s severely under-rostered at just 24%. He has 12 points (7 G, 5 A) and 18 SOG in his last nine games.

Look, this is a bit of a reach, but I wanted to give you a defensive option. Ceci won’t light up the scoresheet but he’s a consistent contributor in the hits and blocks column. He could get a point here or there while playing on the top pair.

The Kraken have even fewer fantasy-relevant players than Arizona or Buffalo.

Soucy is seeing top-pair minutes after the Mark Giordano trade, and he’s making the most of them. He has three points and 11 SOG ins his last two games. Give him a look in your deeper leagues.

The Blues are a top-heavy team with most of their top-six players being rostered in most leagues, but let’s take a look.

Schenn is a guy that can go on short hot streaks. He had 10 points (2 G, 8 A) in a six-game span before being held off the scoresheet in his last two games. Still, if he’s available his versatility makes him valuable in a busy week.

The five teams above are the only five teams playing on three light nights this week.

The Nashville Predators and Washington Capitals only play twice this week.