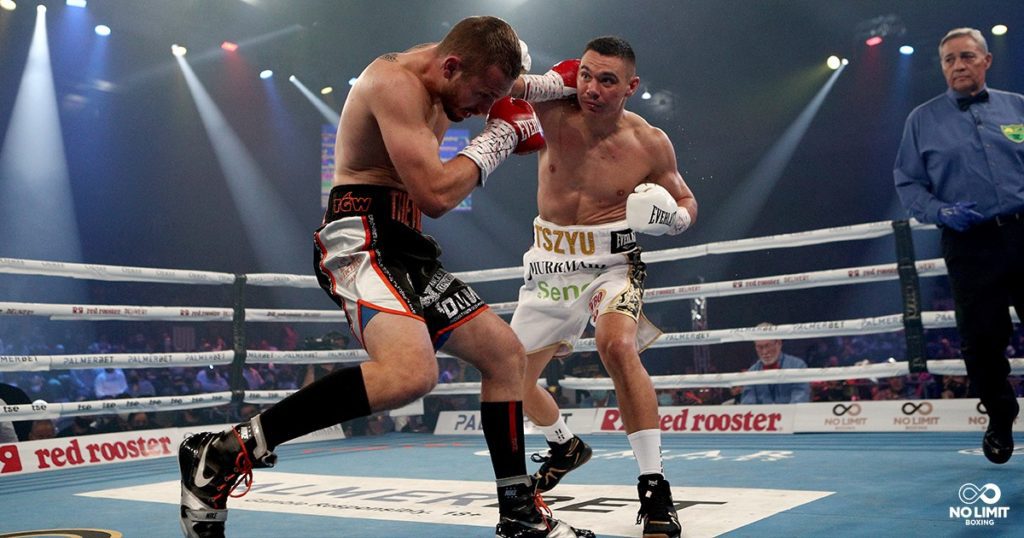 It’s a highly anticipated debut for star Australian contender Tim Tszyu, as he fights in the USA for the first time Saturday night in Minnesota on Showtime Boxing. And, host T.J. Rives is back to discuss his bout and all the others that matter for the weekend on the “Big Fight Weekend” podcast.

First, T.J. welcomes legendary Showtime Boxing play by play man Barry Tompkins back to the podcast. Barry has insight and analysis on Tszyu, 20-15 KOs, taking on American veteran fighter Terrell Gausha in a scheduled 12 round main event at 154 lb. Tszyu, the son of Hall of Fame fighter Kostya Tszyu, is looking to build on his own name, particularly, if he can score an impressive KO in this one.

Barry also has some thoughts on the landscape at Jr. Middleweight where Tszyu is ranked #1 by two of the world organizations, including Jermell Charlo getting ready to defend his three world titles in an Undisputed rematch with WBO champ Brian Castano. Tszyu hopes to fight the winner of Charlo-Castano later this year.

Then, T.J. goes over the other fight cards of interest worldwide. That includes a compelling IBF World Featherweight title bout with champion/veteran from Spain Kiko Martinez looking to retain against British challenger and also, former champ, Josh Warrington. Their 12 round bout is the Matchroom Boxing main event from Warrington’s hometown, Leeds, England.

He also has thoughts on the Lightweight non-title main event in Las Vegas for Top Rank Boxing/ESPN, as former 130 lb. world champ Miguel Berchelt battles former title challenger Jeremiah Nakathila of Africa in a scheduled 10 round main event Saturday night late. The Mexican Berchelt is on the comeback trail after losing his title in a brutal one punch KO to Oscar Valdez just over a year ago.

Hear it all as part of the “Big Fight Weekend Podcast” and make sure to follow/subscribe on Apple Podcasts, Spotify, Google, etc.!!