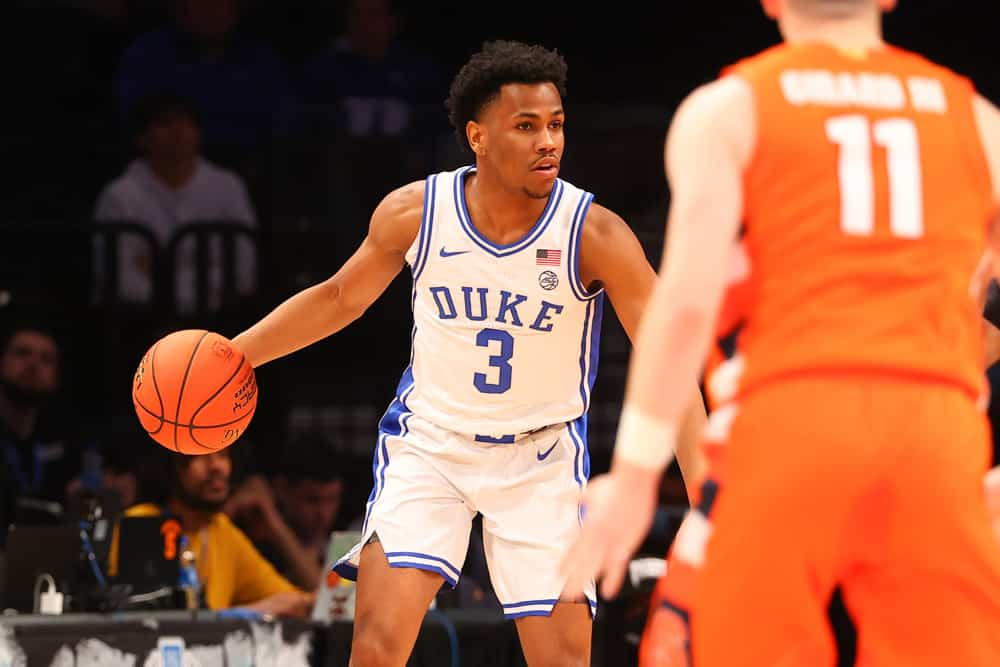 I cannot believe it’s the Elite 8 already. By the end of Saturday, two teams will have punched their ticket to the Final Four in New Orleans. Then, another two on Sunday will do the same and round out the quartet. Let’s take a look at these two Elite 8 games on Saturday and decide on which bets are the most attractive. I went 3-1 on Thursday’s column, how bout we make it a clean sweep today?

I just can’t fade Houston right now. For the record, I picked the Cougars to reach the Final Four in my bracket and I absolutely love the brand of basketball they are playing. There’s not a tougher team in the nation. On Thursday night, Houston limited the potent Arizona offense to only 60, their second-lowest points total on the season. The Zona bigs only shot 2 of 14 from the field and their best player, Bennedict Mathurin, was only 4 of 14. The round before, the Illinois backcourt of Alfonso Plummer and Trent Frazier combined to shoot 4 of 17.

My pick of Houston is no indictment on Villanova. Jay Wright has a veteran basketball team that shoots well and doesn’t turn the ball over. The only problem is the Houston buzz saw that they’re about to run into. Plus, how’s the health of Collin Gillespie? Either way, I like the Houston Cougars to reach their second Final Four in as many years. It will be on the lower-scoring side of things but Houston’s physicality will be the differentiator.

The player prop that stands out to me is Houston’s Taze Moore and a points total of 9.5. Saddled with foul trouble vs Arizona, Moore only played 17 minutes and only scored 3 points. I expect the senior guard to have a game vs Villanova that more resembles the 21 points he dropped on Illinois in Round 2. He’ll reach double figures.

The Saturday nightcap pits the 2-seed Duke Blue Devils against the 4-seed Arkansas Razorbacks. Arkansas is fresh off a dominant performance over Gonzaga limiting them to their second-lowest point total of the season. Eric Musselman’s crew is long, athletic, and strong, especially on the perimeter. Additionally, their sole big man, Jaylin Williams, has three straight double-doubles and is playing the best basketball of his young career.

Duke surprised most of the college basketball world by beating Texas Tech. The offense continued to roll as it made the #1 defensive in America look pedestrian. In the second half, the Blue Devils shot over 70% from the field. The overall size of Duke created problems for a Red Raiders roster that mirrors that of Arkansas. Duke’s starting lineup consists of the 6-10 Paolo Banchero and 7-0 Mark Williams with 6-9 Theo John coming off the bench where Arkansas only has one guy over 6-6 that gets regular minutes.

Duke’s offensive performance over Texas Tech has convinced me they’ll at least reach the mid 70’s in this game. At the same time, I expect a close matchup with Arkansas keeping pace with a chance to win outright. The Total sits at a high 147 points but this game is going Over. I expect a similar score to the Duke/Texas Tech game as it’s a similar matchup and it’s now each team’s second game at the Chase Center. The extra comfort and familiarity will help shooters.

When looking at some prop bets for this game, Jeremy Roach’s point total of 9.5 seems low. Roach has recently wrestled the starting point guard gig away from Trevor Keels and has three straight games in double digits. His scoring in the clutch vs MSU and Tx Tech is also a major reason why Duke is still alive. Arkansas’s perimeter defense is legit but so was Texas Tech’s and that didn’t stop the sophomore guard from scoring 15 on 7-11 shooting Thursday night.