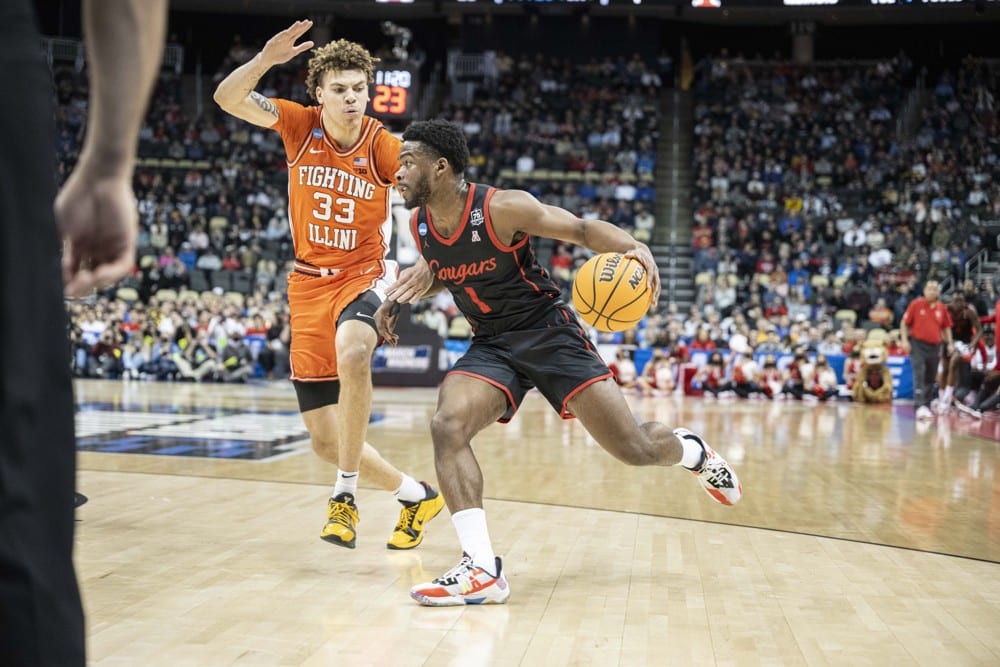 The teams have really started to dwindle down as we zoom through March. Half of the elite eight has been decided as we head into day two of the NCAA Tournament Sweet 16. As we wind down on March Madness the action only gets hotter in the hardwood. In this article, I break down the four Sweet 16 matchups and provide either a lean or a best bet. Now, without any further ado let’s dive into these matchups.

The 15 seed St. Peter’s Peacocks are our Cinderella this year and they have made it through to the Sweet Sixteen. The Peacocks, who hail from New Jersey, play in the Metro Atlantic Athletic Conference. They are a small school comprised of just under 2400 undergrads, according to US NEWS as of the Fall semester of 2020. St. Peters got here by playing great basketball, shooting 51% from the field in their first-round matchup against Kentucky. They even managed to best Calipari and his juggernaut of a squad in overtime, outlasting the Wildcats and advancing.

St. Peters’s is going to have to create turnovers here to have a chance, and they need to make the most of these opportunities. They certainly don’t have the size or length to compete with this team on the glass, it will be important for them to create scoring in other ways. St. Peters also has not allowed teams to shoot better than 44% in 14 of their last 15 games. Purdue is just 5-5 when they shoot 44% or worse this season, the Peacocks will need to be solid defensively.

Purdue’s size is going to give the Peacocks a ton of problems, especially on the glass. Purdue rarely allows teams to beat them on the offensive glass, which limits their opponent’s 2nd chance opportunities. In fact, the Boilermakers rank ninth in the nation in defensive second-chance conversion percentage. On the other end of the floor, they have done well to convert 2nd chance opportunities of their own. Purdue comes in with the nation’s best mark in terms of offensive putbacks.

This has been a fun team to root for in St. Peters. They showed a lot beating Kentucky, and perhaps even more being able to regroup quickly and knock off a dangerous Murray State squad. However, I believe the clock is about to strike midnight on our Cinderella story for this season as this matchup is a nightmare for them. No official pick, or best bet here but I have a strong lean to Purdue here and would lay it, rather than take the 12.5.

Providence has been a tough team for people to figure out. Maybe it’s just me, but I think many people have struggled in trying to decide just how GOOD this team really is. Here is a true test for the Friars against a solid Kansas team ranking inside the top 30 of Kenpoms offensive and defensive efficiency rankings. Providence has a solid offensive as well ranked as the 30th most efficient team according to Haslametrics. This should be a good matchup featuring two good offenses. Kentucky has a significant defensive advantage but Providence has had a knack for winning close games.

These teams are pretty evenly matched when Providence has the ball. The Friars boast a great offense but Kansas has a strong defense. Providence may have played to the 30th ranking in terms of efficiency offensively, but they’ve been more middle of the pack statistically in terms of shooting. The Friars rank just 84th in terms of overall field goal percentage, not terrible but a bit lower than you would expect based on their efficiency ranking. To me, this suggests they’ve been able to convert points in other ways than strictly their offensive possessions. I look to their 2nd rank nationally in terms of free throw rate and their above-average shooting at a 73.5% clip.

It should come as no surprise to anyone that Kansas is the more solidly built team and therefore has been more efficient on both sides of the ball. They have shot the ball closer to their efficiency ranking, identically actually. Kansas comes in with both the 6th rated efficient offense and the 6th best shooting percentage nationally from the field. They have been solid on the boards which should go a long way against the Friars. The Jayhawks have the 14th best ranking in converting second chance opportunities.

I expect this to be a really good game, but I have a strong lean to the favorite here as well. Kansas should pull away late and win this game by a couple of possessions. 7.5 feels like a good number here, but I see a little value in the total here and think this one should go over 141.5. Something like 76-68 Kansas.

This may be the Sweet Sixteen matchup I am most excited for. These two teams on paper at least, match up very well. Haslametrics actually has UNC ranked 13th in offensive efficiency, and UCLA 13th in defensive efficiency, talk about balance!

UNC ranks 41st nationally in field goal percentage while UCLA has been very strong defended field goals posting the 23rd best mark in terms of defensive field goal conversion rate. Both teams have been great rebounding the ball on both sides, there’s no real edge either way here. Kansas has posted the nation’s best defensive second chance conversion rate. This means they simply haven’t allowed teams to beat them with second looks at the basket. This will be important against a team in UCLA that has shot to the nation’s 28th best field goal percentage. However, UNC has been excellent in converting their second-chance opportunities, coming into this matchup with the nation’s 12th best ranking. It will be interesting to see which side bends in this one.

The two teams’ similarities do not end here. Both teams have been very good at keeping their opponent off the free-throw line. In a game so evenly matched this is a huge factor, in that neither team should benefit from getting themselves to the line at abundance. UCLA ranks 51st in defensive free throw attempt rate, while UNC comes in with the third rank in the nation in the same category. Simply put these teams are very disciplined and there shouldn’t be too many freebies from the line.

This one should go down to the wire and both the side and total feel about right to me. As I said I am really excited for this matchup and look forward to watching it as a fan with no action. That being said, where’s the fun in that?

I’ve said this a couple of times now, but then again when you get down to just 16 of them, these teams are going to produce great matchups. Iowa State has been far from one of the nation’s most efficient teams coming in with the 130th rank in offensive efficiency. They have shot a bit better than the nation’s average from the floor coming in with the nation’s 80th best ranking. Miami comes in with a putrid 190th ranking in terms of opponent field goal percentage allowed. This should be a pretty evenly matched game when Iowa State is on offensive perhaps a bit of an edge to the Cyclones here.

What Iowa State does well is on the other side of the ball, defensively. They come into this matchup with the nation’s 5th best mark in terms of defensive efficiency. Miami also is much better on the opposite side of the ball as they come in with the nation’s 16th best rank in terms of offensive efficiency. Miami has shot the lights out this season, shooting to the nation’s 5th best shooting percentage. However, Iowa State has the 39th rank in terms of opponent field goal percentage so this should be a stiff test for the Hurricanes.

Not much separates these two teams and this is quietly another really good matchup. Seems like there is a ton of early love for Miami, I’m not sure I quite buy it. This game features two very evenly matched squads and I will gladly take the points in what I make a pick ’em.