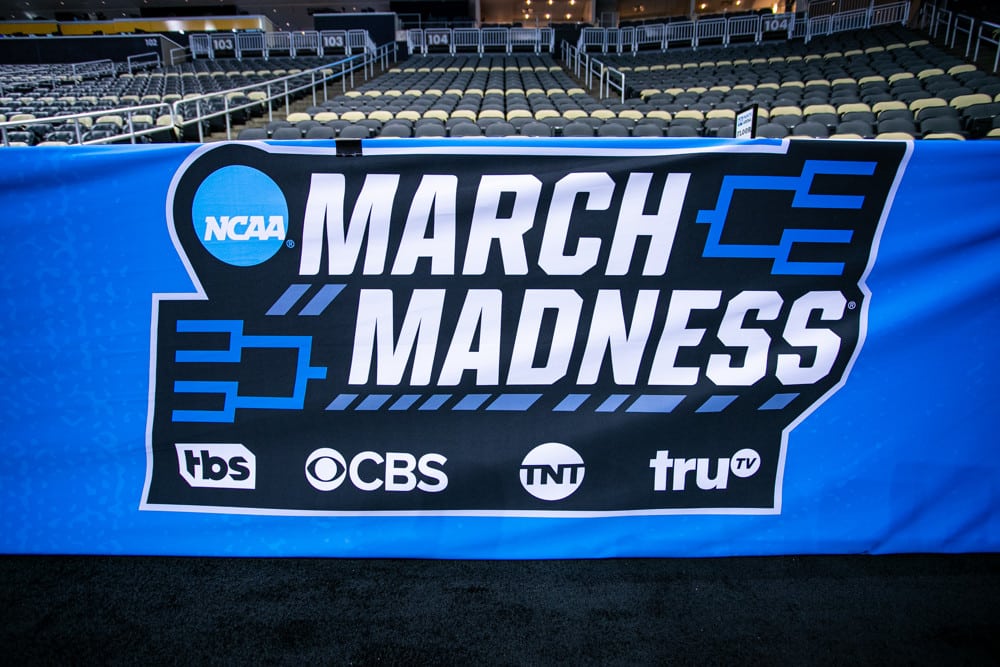 Round one of the NCAA Tournament is in the books and boy did it live up to the hype. There were some major upsets, favorites barely squeaking by and just some great basketball being displayed. If your bracket is like mine and in the trash, then maybe we can still make money during this rest of the tournament. In this article, I break down day two of the second round and my best bets that I think have value. Take a seat and don’t touch that remote.

The Buckeyes pulled out a tough win to advance to the round of 32 defeating Loyola of Chicago. Outside EJ Liddell the Buckeyes struggled to make shots. Ohio St as a team were only 1 for 15 from behind the arch. They can’t afford to have another poor shooting performance against a Villanova team that will make them pay.

The Wildcats seemed to have a slight hangover from the Big East tournament in the first half of the Delaware game. But after Villanova cleaned some things up, they were able to hold the Blue Hens to 15% from three. The Wildcats were able to limit one of Delaware’s best scorers, Jameer Nelson Jr. to just eight points on 3 of 13 shots. Villanova shot 50% from the field and knocked down 13 threes.

I’m going to lay the -5 with the Wildcats. Regardless of how well the Buckeyes played defense in their first game, they missed so many open layups and free throws. I can’t trust them in this spot against a Villanova team that guards the arch well and can give EJ Liddell problems. In the last ten NCAA Tournament games, the Buckeyes have only covered two of them. Take the Wildcats to cover.

A great matchup in this one between two Hall of Fame coaches. Michigan St is in the top 30 in all of college basketball in their 3pt shooting regardless of shooting the ball poorly last game. The Spartans have continued to find ways to stay in games and claw out points. They have scored at least 69 points in every game this month.

Duke had a nice win in the opening round against CS Fullerton. The Blue Devils have done a good job cutting back on the turnovers, but this is a Michigan State team that doesn’t get many steals. This Duke team has been so questionable on the defensive end all year, you never know what you might get from them.

I do think the Spartans will be able to hold in there down low. If they’re able to hit their threes, I think it should be a close game. I’ll take the +7 with Michigan State and hope they can stay within this number.

We have seen some money come in on Saturday on this total over and that’s exactly where I’m going in this matchup. I like this game going over the total of 143.5. Auburn has done a nice job scoring the ball, they have scored 74 points in 15 of their last 19 games. They’re top 25 in all of college basketball in regard to possessions per game.

The defense for the Hurricanes has been optional, Miami has allowed 69 points in 9 of their last 12 games. Auburn is a team that takes care of the ball, and they generate around eight steals per game. Jabari Smith will be the best player on the court, he is a rare talent.

Auburn isn’t the same team playing away from home, they tend to give up more points on defense when playing on the road vs at home. I think Miami will get some steals; Auburn is a team that turns the ball over just around 12 times per game. I think we see a high-scoring game between two teams who give up a decent number of points.

Another interesting matchup we have in the late spot. I like Texas in this spot to stay in this game. One reason why is that Purdue plays no defense. Purdue does have some size down low, but I think with Texas having a top ten defense, they will do a good job of slowing them down.

Purdue isn’t the same team away from home and their FG% drops. Texas will try and slow this game down and try to get their tempo. But what I think will hurt the Boilermakers is their free-throw shooting, they shoot just around 70% from the line.

I think Texas will get their style of play in this game. They want to dictate the tempo of the game, they’re the better defensive team, better free-throw shooting team. I think they hold up at the point of attack, so give me the +3.5 with the Longhorns.