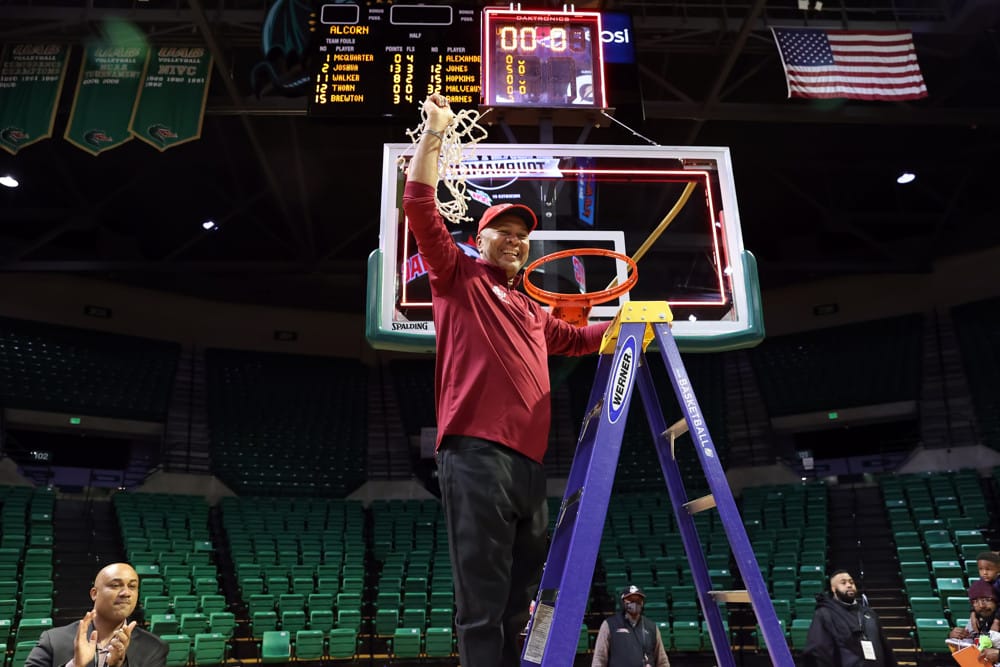 The tournament before the tournament. The play-in games are the appetizer before the main entree. These eight teams are in an almost basketball purgatory with a chance to extend their season and gain entry into the NCAA Tournament. The teams comprising the play-in games will be Texas A&M Corpus Christi, Texas Southern, Indiana, Wyoming, Bryant, Wright State, Notre Dame, and Rutgers. These teams will meet over the course of Tuesday and Wednesday evenings to round out the final round of 64.

Texas A&M Corpus Christi is out of the Southland Conference and reached this point by defeating Southeastern Louisiana in their conference finals. The Islanders have struggled offensively all season coming in with the 285th ranking in offensive efficiency. They face a stiff test Tuesday against the 81st team nationally in terms of defensive efficiency according to Haslametrics. The Islanders have shot the ball poorly all season managing just the 315th ranking in terms of shooting percentage.

The Texas Southern squad represents the SWAC conference. Their offense is not much better than their opponents as they have the 260th ranked offense in terms of efficiency. They will go up against an Islander defense ranking 193rd in terms of defensive efficiency. The Tigers have not shot the ball very well either posting the 185th best shooting percentage nationally. Something to keep an eye on here is the free-throw line, especially for the Islanders. Texas Southern has had a bad habit of sending opposing offenses to the line. They are 316th nationally in defensive free throw attempts. This will be an issue as the Islanders have a knack for getting themselves to the charity stripe. The Islanders are the 40th best team in terms of free throw attempt rate and shoot at a 74.7% clip.

Very evenly matched teams here, just what you like to see for a play-in game. I anticipate a bit of a defensive struggle here and think the under might be a solid play in this one. If the Islanders can get to the line they should be able to squeak out of here with a win. This game is should be decided by just a possession or two.

This play-in game features Big Ten’s Indiana Hoosiers taking on the Wyoming Cowboys of the Mountain West. I anticipate Wyoming to struggle with the offense of Indiana which is ranked 20th nationally in offensive efficiency. Wyoming comes in with just the 76th ranked efficient defense and will have to face a good shooting Indiana team. Indiana has shot the ball to the 24th best field goal percentage this season. Indiana also poses a threat on the glass as they have been very efficient in converting their second-chance opportunities, (35th).

Wyoming has not been too bad of a shooting team this year, as they come in 80th in field goal percentage. However, Indiana has shut down opponents all year posting the 4th best ranking in terms of defensive field goal conversion rate. Wyoming is in a similar spot to the dog in the first play-in game previewed in that they will need to get to the line. The Cowboys have the 25th highest free throw attempt rate and rely on getting to the line to boost their offense.

I expect Indiana to control this game and although I don’t expect a large margin of victory, I think they win fairly “comfortably.” The spread in this game of four feels just about right, perhaps a touch low, but I anticipate a 69-61 type victory for the Hoosiers.

Well if you haven’t kept up with the Northeast Conference drama you probably missed the controversy in Bryant’s last game. Late in the second half in a game that had virtually been decided already, a scuffle broke out in the stands. The game had to be stopped and the fans were removed from the arena before the play continued. The Bryant Bulldogs had earned their first bid to the big dance, well at least a chance to play their way into the round of 64.

The Bryant Bulldogs are led offensively by the nations leading scoring in Peter Kiss. Despite Kiss, this Bryant offense has just the 170th ranking in terms of efficiency. The bright spot for this Bulldog team is their opponent, Horizon Leagues Wright State, who is just 238th in terms of defensive efficiency. Bryant’s offense has shot poorly all year, just 282nd national in field goal percentage. However, they will get a bit of a boost here as Wright State has just the 288th ranking in terms of defensive field goal conversion rate. Bryants largest advantage looks to be their ability to rebound. They have been excellent at converting their second-chance opportunities, at 24th nationally in that category. Again, this is an area of weakness for Wright State as they have been repeatedly bullied on the glass. The Raiders are just 312th in the nation in terms of defensive second-chance conversion rate.

Now turning to the Raider offense. They should see some success against this Bryant defense. Ranked 120th in offensive efficiency, this team will benefit from seeing the Bulldogs 209th ranked defense in terms of efficiency.

This one should be another barn burner and should be decided by just a possession or two. This sort of feels like the opposite of the first play-in game previewed where I expect a close game and a bunch of offense. I made a bet on the OVER here.

The fourth and final play in-game may be the best matchup of them all. Notre Dame and their potential one-and-done man Blake Wesley. This whole Notre Dame roster is filled with solid perimeter shooters but the straw that stirs the drink is definitely Wesley. Wesley shot 41.2% from the field this season, averaged over a steal a game, 2.5 assists, and averaged 14.6 points per game. There will be many scouts in attendance looking to see how Wesley looks against Rutgers and their solid defense.

The Notre Dame offense ranks 30th in efficiency and will face the 42nd ranked defensive in terms of efficiency. Therefore, this should make for a pretty even battle between these teams when Notre Dame has the ball. When Rutgers has the ball I think we will also see another fairly close battle as the Scarlet Knights offense is ranked 94th nationally in efficiency and will face the 101st efficient defense in Notre Dame. Both teams play at a slower pace, Rutgers #251st in the nation and Notre Dame ranks 249th. I expect a slower tempo game where both offenses will need to make the most of their opportunities