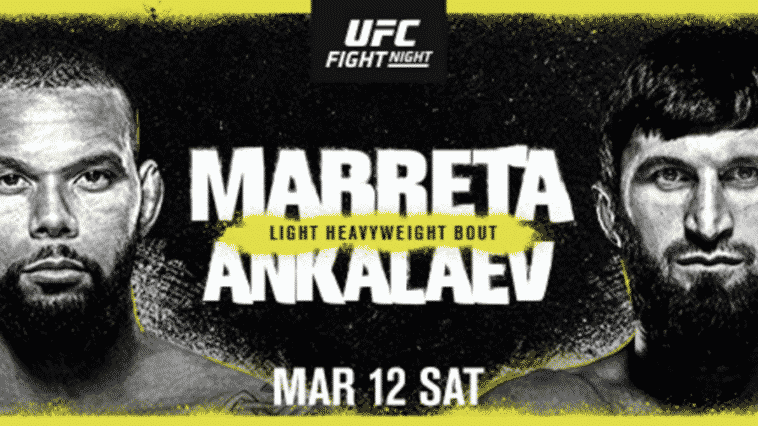 Back to the UFC Apex we go on Saturday for UFC Fight Night: Santos vs Ankalaev, aka UFC Vegas 50, a light heavyweight-heavy fight lineup. I’ve been on a hot streak in 2022 picking winners, so let’s try to keep that going in the DFS realm. Here’s a winning UFC Vegas 50 DraftKings lineup.

I kick things off with ‘Semi the Jedi’, Matthew Semelsberger, who faces the debuting A.J. Fletcher in a welterweight fight. First off, Fletcher gets himself hit a lot and has some tells in the cage, so the hard-hitting Semelsberger should be able to feast on that. Plus, in three of his four UFC fights, Semelsberger has topped the century mark, going for 103, 126, and 126 fantasy points.

Next for a super selection – ‘Super’ Sodiq Yusuff, looking to bounce back from his first UFC loss. I expect him to do just that against veteran Alex Caceres on Saturday, as Yusuff should be too quick and hits too hard for Caceres to handle. Here’s hoping for another (T)KO victory and another 100+ points like Yusuff posted in two of his first three UFC fights.

I really don’t want to pick Kris Moutinho or Guido Cannetti in their bantamweight fight, but I’ve got to side with Moutinho, and his salary slots in nicely here. The main reason for the pick is he is 13 years younger than Cannetti and is the more active striker of the two. The 42-year-old Cannetti is the oldest bantamweight on the UFC roster and has only managed two wins in seven UFC fights. Let’s fade the old man. 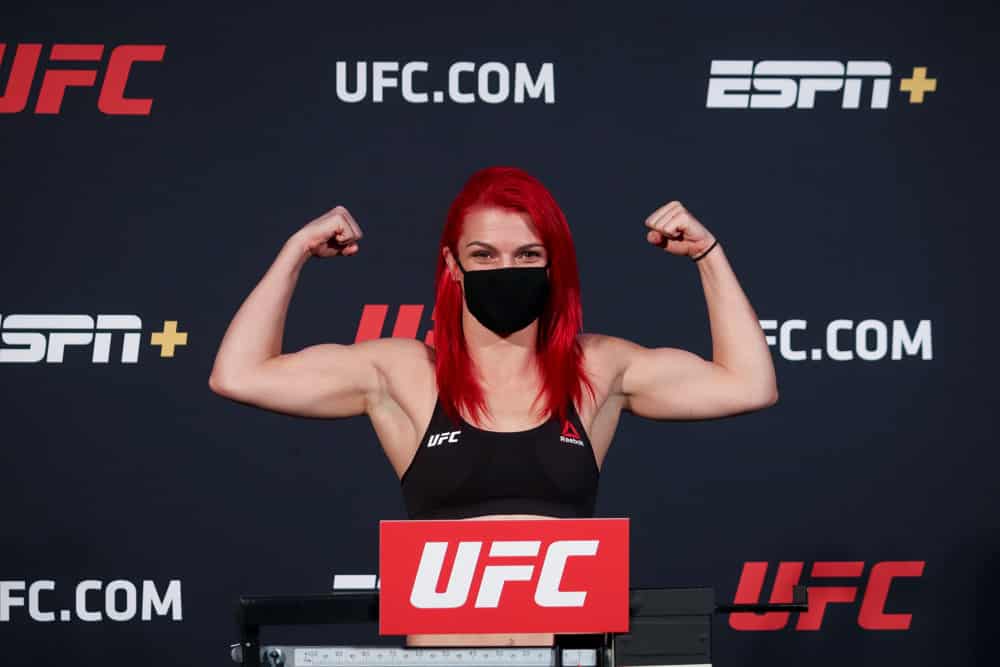 Time to add a ‘Savage’ to the roster. Gillian Robertson’s grappling and submissions are going to be too much for JJ Aldrich to handle, and there’s a good chance she wins via submission, which would rack up the points for us. Such was the case in her last UFC outing, where she won via submission and earned 117 points for the lucky players who had her rostered.

Bruno Silva and Alex Pereira are two big-time strikers, but I’m siding with the underdog ‘Blindado’ for a couple of reasons. First off, he’s way more experienced in MMA than former pro kickboxer Pereria. Plus, I feel he’s a much more well-rounded fighter, so if he’s smart he could take this fight to the ground and win it.

The steal of the night is Terrance McKinney, who is on such a tear that it normally only takes him mere minutes – sometimes seconds – to finish his opponents. While Drew Dober is probably the toughest opponent he’s faced thus far, and he’s taking this fight only two weeks since he last stepped into the octagon, I feel he’s up to the task. You can’t pass on a guy averaging 111.8 fantasy points for only $7,200.