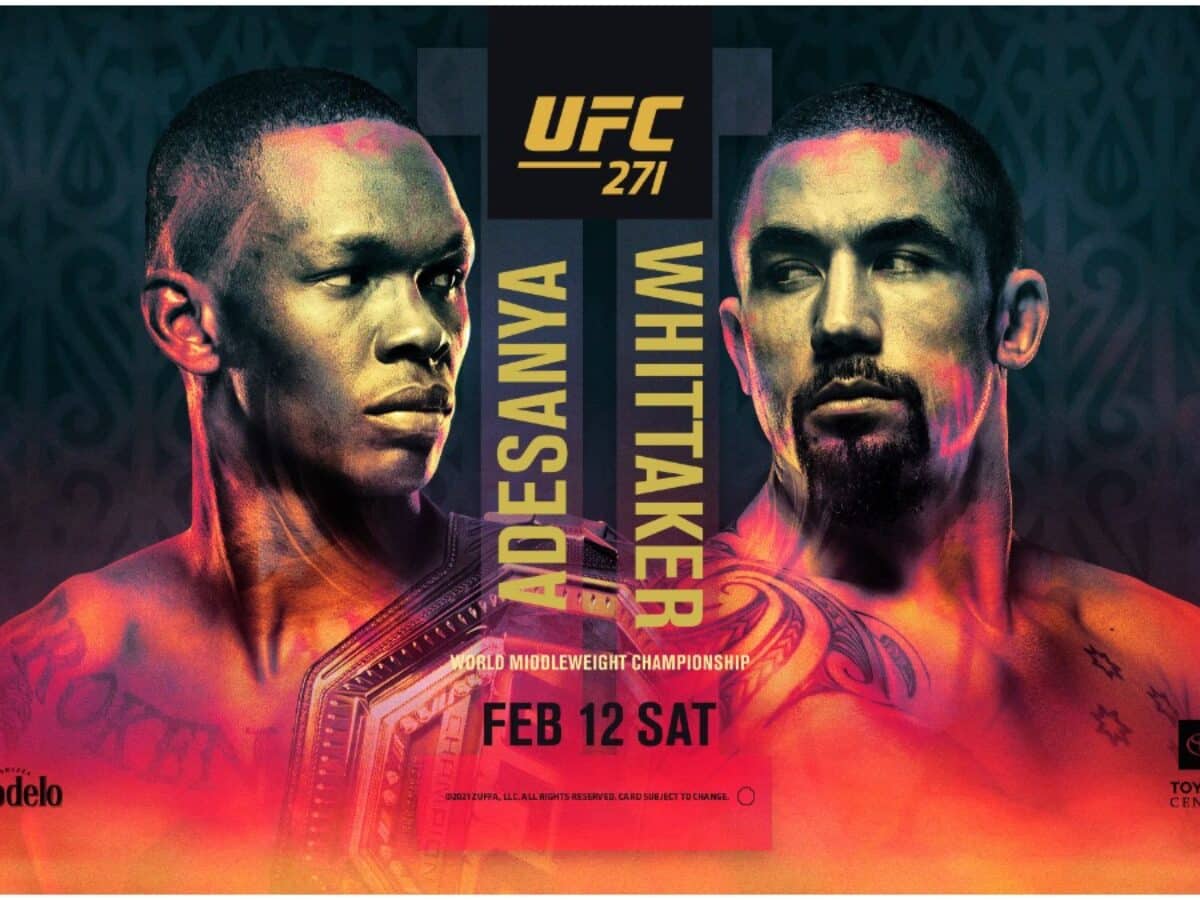 Well, last week’s UFC Fight Night: Hermansson vs Strickland (aka UFC Vegas 47) couldn’t have gone much better for this column, as my picks went 11-2 and put me into the black for 2022. This weekend we have a packed UFC 271 pay-per-view to make some money on. First, check out our UFC 271 Prop Bets. Then come on back for my UFC 271 predictions – winning UFC bets for every fight on the card.

Our main event is a rematch for the UFC Middleweight Championship, which current champ Israel Adesanya secured back in 2019 when he knocked out Robert Whittaker. Normally I expect the same winner in rematches, because that is generally what happens, and this fight is no exception. While Whittaker has leaned more on his wrestling as of late, his inaccurate striking could be his downfall again, allowing Adesanya to pick him off with counters. I’m not predicting a knockout necessarily, but an Adesanya win is my pick. 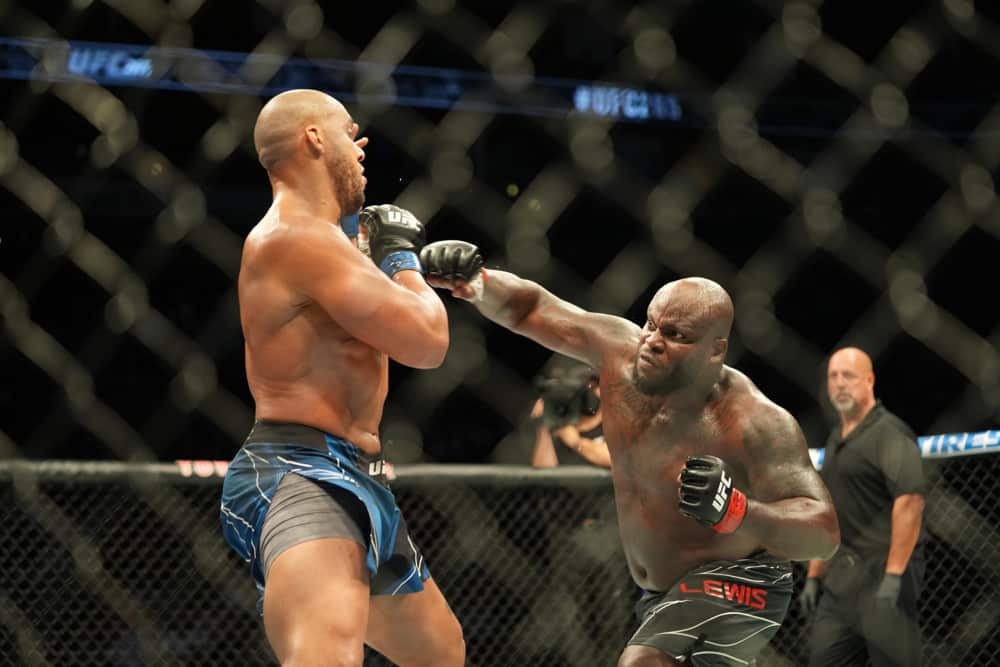 If he’s not in a title fight, then Derrick Lewis will always be my pick. At least for the time being. While Tai Tuivasa is on a hot streak and is a dangerous striker, I don’t see him being able to put away Lewis. I do see him, however, willing to engage in a firefight, in which case you got to love Lewis’s chances to get his hand raised in his hometown of Houston, where he is 5-1 as a pro. 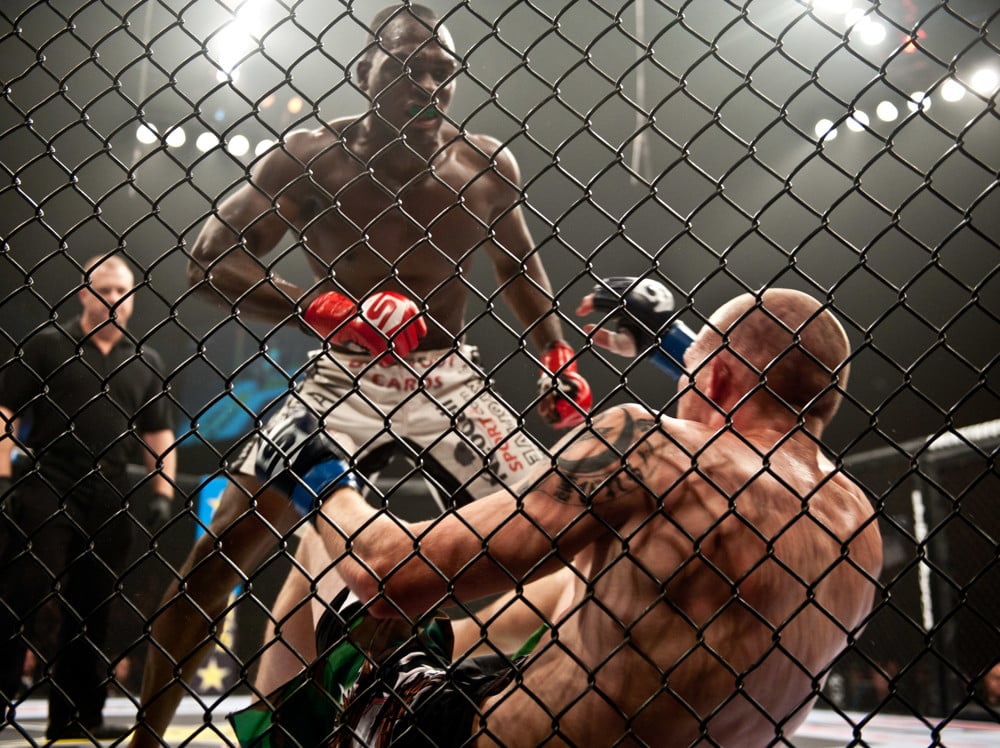 Derek Brunson, like the like-named fighter I just wrote about above, is another guy I’m thinking I’d pick to win any fight other than a championship one at the moment. He’s one of those rare athletes who actually changed his game late in his career and caught fire, winning five straight (his last loss was to Adesanya back in 2018). Saturday’s opponent Jared Cannonier seems to have holed up his weak wrestling defense since dropping to middleweight, but I still like Brunson’s combination of grappling, power, and cautious, smart fighting style to get the job done here.

Kyler Phillips got his ‘prospect loss’ out of his system last fight and should get back on track this weekend against Marcelo Rojo. I think the ‘Matrix’ has the striking and grappling advantage over Rojo (and the stats back that point up), as well as being seven years his junior, which really makes a difference in the lighter-weight classes like bantamweight.

‘King’ Bobby Green kicks things off on the main card portion of Saturday’s festivities, taking on former top prospect Nasrat Haqparast. Haqparast has only gone 2-2 over his last four fights, while Green looked real good in his last outing, TKOing Al Iaquinta. He’s the more active striker of the two men and has better grappling stats, so let’s ride with the veteran.

Speaking of veterans, they don’t come more experienced than former UFC Heavyweight Champion Andrei Arlovski, who’s been a pro since 1999. Winner of two straight and four of five, the 43-year-old ‘Pitbull’ has plenty of bite left in him, and I see him riding his cautious, point fighting approach to a decision victory here.

Time to fade a veteran in the retiring Roxanne Modafferi. ‘King’ Casey O’Neill has proven to be the real deal in the early goings of her career, going 8-0 and finishing all three of his UFC opponents. Being 15 years Modafferi’s junior doesn’t hurt either.

Alex Perez is finally back in the cage after losing a title fight to Deiveson Figueiredo back in November of 2020. He should get back on the winning track this weekend, as he’s better than Matt Schnell no matter where this fight goes. Look for him to grapple his way to a decision victory.

I’ve picked against William Knight in every UFC fight of his (I think) and he keeps proving me wrong, so I’m jumping on his bandwagon. Knight should be able to catch Maxim Grishin with at least one of his powerful strikes and maybe finish the fight.

I’m not a fan of this -300 line, but Ronnie Lawrence is my pick regardless. His relentless grappling and durability will get the job done against Mana Martinez.

Alexander Hernandez has yet to put together a winning streak over his past six fights, alternating wins and losses. Considering he won his last fight, it’s time for a loss, right?! Plus I think Renato Moicano is the better fighter here and will use his grappling to get the W.

This fight card is packed with Israel Adesanya’s City Kickboxing teammates, including Carlos Ulberg, who I believe will ride his strong kickboxing to get himself his first UFC win against Fabio Cherant, who is 0-2 in the big show and more of a grappler.

Athlone ‘A.J.’ Dobson makes his UFC debut on the strength of five straight wins, the most recent on the last season of Dana White’s Contender Series. He’s got a decent size and grappling advantage over Jacob Malkoun, so let’s go with him.

Douglas Silva de Andrade is another fighter who has swapped wins and losses back and forth over his last six fights, winning his last one. He also has looked old and slow as of late, not a good combination at bantamweight. Sergey Morozov is the pick.

In the curtain jerker, I’m hoping Jeremiah Wells uses his grappling against debuting kickboxer Matt Mathetha, aka ‘Blood Diamond’, and doesn’t get into a slugfest with him. Not a big fan of this -240 line though.