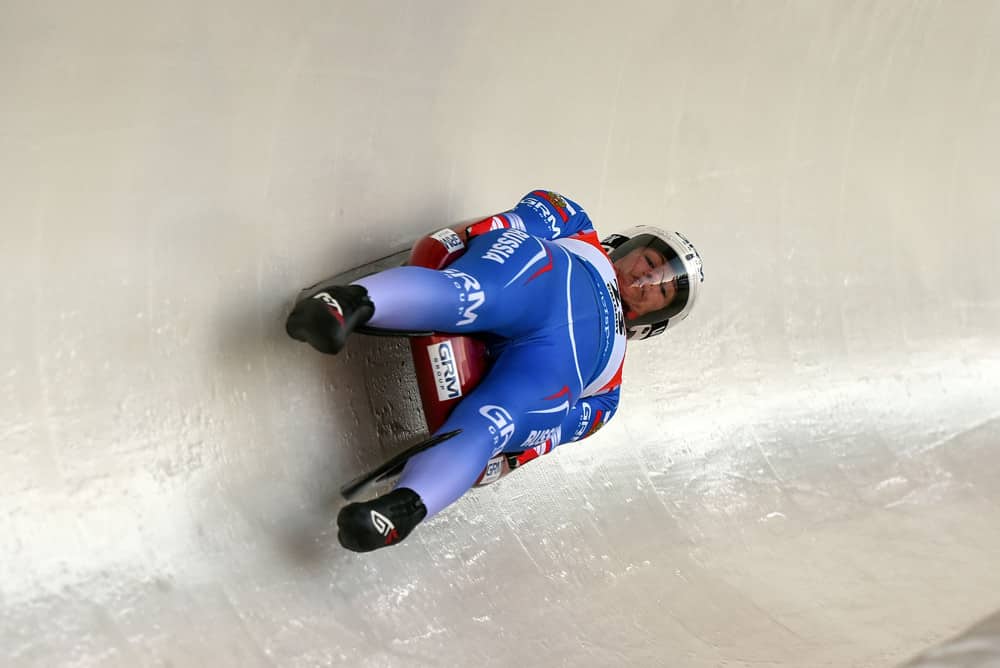 The fastest of the sliding sports, the Men’s Olympic Luge, gets underway on Saturday. Speeds averaging 120-145 km/h lend the Luge to being a very exciting sport, and the format means it’s great for a bet too. The market is wide open, so there are nice-priced winners to be found. Read on for how to watch, the preview, betting odds and picks, and more!

The Yanqing National Sliding Centre is based 78 kilometers from the host city of Beijing. The track is 1615 meters, and is the first-ever to feature a 360-degree turn. Nicknamed ‘The Flying Snow Dragon’, it has a maximum gradient of 18 percent and has 16 bends.

The Olympic Luge format is beautifully simple. 4 runs each per competitor over 2 days. Add the times together. Bosh, fastest wins.

Johannes Ludwig (GER) +320 – 35-year-old who recently clinched his first-ever World Cup title. He did it pretty comfortably too, winning 5 of the 12 events, with a 2nd and 2 3rd place finishes to boot. His price is justified due to his incomparable form, but it’s too short for me and I’m looking to take on the veteran slider.

Wolfgang Kindl (AUT) +500 – Austrian who finished 2nd in the World Cup behind Ludwig. Became European Champion only 14 days ago after winning the World Cup event at St Moritz. He’s a podium regular at the top table, and this recent form coupled with the price makes him a strong lean for me here.

Felix Loch (GER) +600 – Triple Olympic gold medallist and 6-time singles world champion. Was on course to complete a hat-trick of Golds last time out in PyeongChang but blobbed his final run and could only finish 5th. A solid 3rd-placed finish in this year’s World Cup shows he retains his ability, but I think there are a couple in this field who have improved past him.

Roman Repilov (ROC) +900 – 25-year-old Russian who looks out of sorts to me. A 6th place finish in the World Cup shows an ability to compete without challenging. Has no top 3 finish going back 7 events and no-win way beyond that. As a result, I think his price is way too short. Pass.

Max Langenhan (GER) +1000 – Dead-heated for Gold with Wolfgang Kindl at the World Cup event in Altenberg in December. Certainly capable on his day, however, the overall 7th placed World Cup finish shows that he plays second fiddle to his compatriots Ludwig and Loch.

Kristers Aperjods (LAT) + 1300 – A 3rd placed finish (tied with Loch) in the World Cup standings speaks to his consistency. Became the first Latvian to win a World Cup event when he won at Sochi in December. He’s young and improving, and moreover that Sochi win has really boosted his standing and confidence. I think he can go well.

Dominik Fischnaller (ITA) +1400 – Consistent Italian with 3 placed efforts and a win from his last 7 outings. Possibly better in the Sprint, I prefer others in this.

Semen Pavlichenko (ROC) +1700 – 7th placed overall in the World Cup, he is more of a contributor to the Russian relay team. His recent form figures are poor and I don’t see that changing in China.

David Gleirscher (AUT) +1700 – PyeongChang Olympic Luge gold medal winner in 2018. 3rd place finishes in the Singles and the Sprint in the 2021 World Championships shows that he is still competitive, but the big stage might bring the best out of the Austrian at a fancy price. Chased home Kindl in St Moritz last time out.

Johannes Ludwig is rightly at the top of the market, but the challengers are circling and because of this I’m looking elsewhere for value. Wolfgang Kindl is as consistent as Johannes but a better price, plus has recent form in the book. I think he’s the bet. Kristers Aperjods is on the rise and brings momentum with him to this contest. I think he can go well at 12/1. David Gleirscher will defend his title tooth and nail, has danced this dance before and 16/1 is too big.