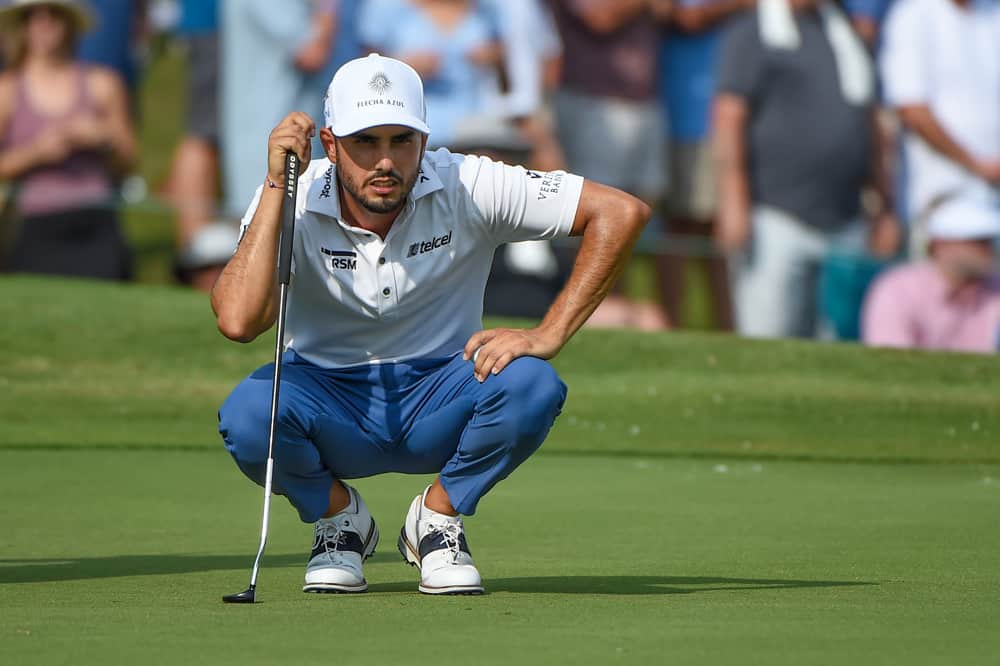 For those who missed it, check out the 2022 Sony Open Preview and Betting Strategies for the types of golfers you should look to target for your picks. Using that as a guide, let’s take a look at some of the best bets to make this week. Here are my picks for the 2022 Sony Open (odds courtesy of WynnBet):

Abraham Ancer lost strokes to the field in every major category at the Sentry Tournament of Champions. Not a great look as he heads to Waialae Country Club. But he’s a much better player than he showed last week. And it’s also hard to take much away from Kapalua. It’s a stacked field where everyone was hitting tons of birdies. Even some guys who shot -18 on the week don’t appear like they did too well.

Waialae Country Club is a golf course that should fit Ancer’s strengths. It’s a shorter track that tends to allow players who lack length but hit plenty of fairways to contend. It’s also a golf course that demands one hit their irons very well between 125-200 yards. Ancer has been quite good from that range over the last 2 years. Ancer has done well on similar tracks to Waialae in the past. Close your eyes and pick Ancer to rebound and win the Sony Open.

It seems like Russell Henley should have picked up a win at some point over the last two years. But he’s always seemed to screw things up on Sunday when he finds himself in contention. Now he returns to a golf course where he secured his first career PGA Tour victory and a grass surface he’s elevated his game at. Henley is also fantastic with his short and mid irons, something that is needed to succeed at Waialae. And he’s dominated at similar shorter golf courses on the PGA Tour. Maybe the Sony Open is where Henley finally picks up the elusive win.

Death. Taxes. Play Kevin Kisner on shorter tracks. Kevin Kisner has a very clear list of golf courses you should bet on him. Harbour Town is one. Sedgefield Country Club is one. Sea Island is one. Colonial is one. And Waialae Country Club is another. What all these places have in common is that they’re not overly long, favor those who keep the ball in the fairway, and tests one with their short and mid irons. Don’t overthink it. Play Kevin Kisner on a type of golf course he tends to have good success on.

50/1 is long odds for a player who has two wins over the last 9 months. Like Kisner, Horschel tends to elevate his game on shorter golf courses that favor those who keep the ball in the fairway off the tee. While he’s not a tremendous iron player, his proximity stats between 125-200 yards aren’t bad. And he’s absolutely incredible on Bermuda putting surfaces. Horschel had two really good rounds and two really poor ones at Kapalua. But overall, he played ok. That should be enough to convince you to pick him to win the Sony Open at 50/1.

What’s also trending in the right direction for him is his putter. For long stretches in 2021, Mitchell was one of the worst putters on tour. And while he’s still prone to some bad weeks, he’s demonstrated the ability to have massive ceiling weeks on the greens. That’s helped him now show positive strokes gained putting over his last 50 rounds. And it’s also helped put him in contention a few times over the last 6 months. Notable close calls include his T3 at the CJ Cup, 5th at the 3M Open, and a T3 at the Wells Fargo Championship. He also has a T8 and T12 within his last 10 starts. He’s knocked on the door several times over the last 12 months. He could finally bust down the door this week for his second PGA Tour victory.

If the weather was a little more unfavorable to scoring, I’d go one step further and bet Conners outright. But neither significant wind nor precipitation is in the forecast for the Sony Open this week. That means the winner will likely near mid-20’s under par. Corey Conners’ only victory on the PGA Tour came at the Valero Texas Open. That week, he finished at -20. That remains the only tournament that Conners has ever reached -20 over four rounds. It seems like Conners has a pretty defined cap on how low he can go under par because he can’t convert enough birdie putts. But +250 for a Top 10 at a golf course he’s been awesome at? Sign me up.

What Cameron Smith did last week at Kapalua was simply amazing. So it’s scary to turn around and fade him the following week. But there has to be some regression, right? Meanwhile, Webb Simpson routinely dominates short Bermuda golf courses on the PGA Tour. And Waialae is no exception. Simpson hasn’t finished worse than T13 at the Sony Open since 2015. He has a tremendously high floor at Waialae Country Club. That’s worth betting at plus odds against Cameron Smith at the Sony Open.

Maverick McNealy is really good on shorter golf courses on the PGA Tour. But a lot of those finishes have come on golf courses featuring northern strains of grass. In his career, McNealy gains only 0.2 strokes per round on pure Bermuda golf courses. Meanwhile, Christiaan Bezuidenhout is a very talented player who American bettors haven’t seen in quite some time. But he’s racked up several Top 10 finishes overseas. And he’s been much better on Bermuda golf courses in his career than McNealy has. Pick Bezuidenhout to beat McNealy straight up at the Sony Open.