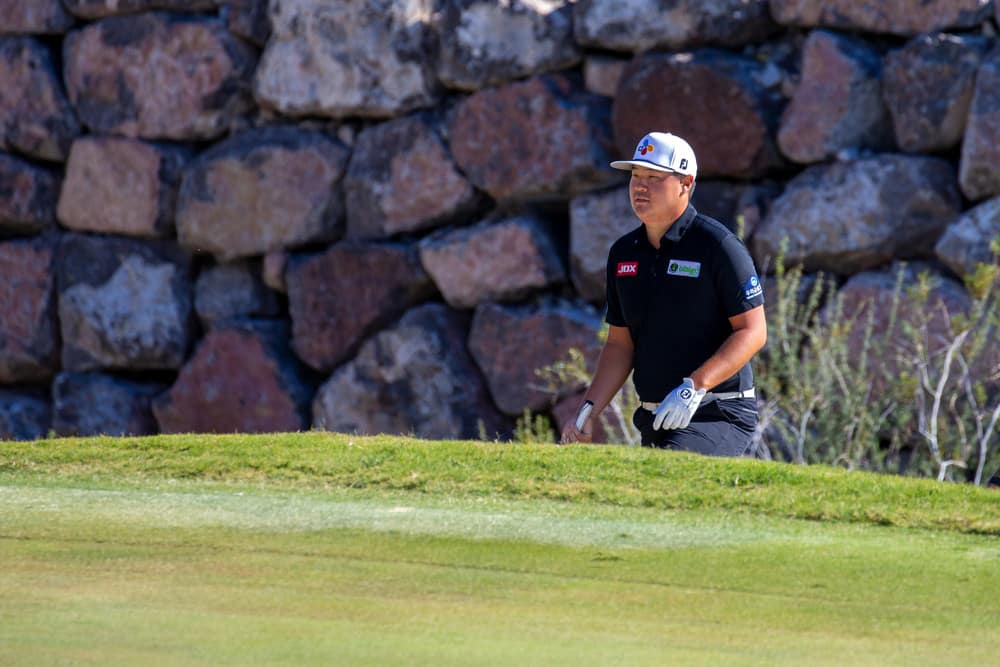 After a long break, PGA Tour Golf is ringing in the new year in Kapalua with the Sentry Tournament of Champions. As the first event of the 2022 season, it is ripe with anticipation for PGA Tour golf is back and here to stay! We will now have a PGA Tour event every single week until September. I couldn’t be more excited to be breaking down the PGA DFS board for you guys on such a great platform that is the Sports Gambling Podcast Network.

This week’s not as typical of a PGA Tour event as we will see for the remainder of the season. The Sentry Tournament of Champions is a reduced field, no-cut event. It’s comprised solely of golfers that won on the PGA Tour in 2021. This means the top golfers in the world will be teeing it up this week with the exception of Rory Mcilroy and Dustin Johnson.

This week in primetime we will be seeing World Number #1, Jon Rahm, on the PGA tour for the first time since early September. Other elites such as Justin Thomas, Colin Morikawa, Bryson Dechambeau, and Patrick Cantlay will be headed to beautiful Maui, Hawaii this week. This is very exciting as we haven’t seen all the top golfers in one real PGA Tour event since the Tour Championship.

The thing about this event and course is that since it has been a tour stop since 1999, we have a good gauge on what the course will play like, what it takes to excel here, and where the winning score is most likely to land.

The Plantation Course at Kapalua has massive undulating fairways and greens, making it easy for even the most erratic drivers of the golf ball to find the fairway here. The large greens are slow bermudagrass that make it easier for birdie putts to roll in. Although longer on the scorecard, golf is being played at elevation. Coupled with downwind and downhill holes, it doesn’t play as long as it seems on the scorecard. Although longer hitters like Dustin Johnson have dominated in their wins, shorter more tactical golfers like Jordan Spieth and Zach Johnson have also made a case that they can succeed and win at this course.

Here are the qualities I am looking for in golfers this week:

This was a tough decision but I am going to have to go with a guy coming off two straight victories at coastal resort-style courses wining at a score of  -18 and -23. Viktor Hovland is really cementing himself as one of if not the best drivers of the golf balls in the world. I think that skill shines this week.

I also have to state that this is a DFS article, having leverage on the field and rostering lower owned players sets you up to make bigger profits. It would have been so easy to tell you to roster Justin Thomas here but it is very likely he will be the highest owned golfer on the Sentry Tournament of Champions slate.

I predict given the fact that Viktor is off two straight wins, has only played this event once, and is priced around literally the best players in the world, we will get a heavy discount in ownership. Hovland is obviously playing amazing golf right now. The fact that he is once again coming to a low-scoring event and slower greens I think it’s a no-brainer.

A trend that I like is that three of the last five winners of this event had a win within their last three starts. Hovland obviously checks that box and I think that trend continues this week.

There are only three golfers in this range and they are all superb golfers that have a lot of reason to back them at this event. I am going to go to the birdie-fest Bermuda grass specialist himself, Sam Burns.

Burns is coming off a stellar swing season with a win and his worst result in his last nine starts in 21st! That is just a ridiculous stat that proves that he has been a profitable DFS play for a long time and there is no reason to stop now.

Burns gains the most strokes putting on Bermuda, ranks first in bogey avoidance and fourth in birdies or better percentage over the past fifty rounds. Even though I expect his ownership to be high, it will be worth it when he finishes within the top 5 in the Sentry Tournament of Champions.

Sometimes the stars align for a golfer to win an event, sometimes you like a golfer so much that you bet an exurbanite amount of money on them to win and roster them in every DFS lineup, that is this week with Sungjae Im.

I am so confident that Sungjae Im will contend this week and is an absolute must-play for many reasons.

First off, like I stated earlier the winner of this event is going to have to get to -20 or better, Sungjae won The Shiners Open at -24 in October and finished solo third at the BMW Championship at -23 back in August. Im is a Bermuda specialist, gaining the most strokes on the surface and his two victories on tour have come on Bermuda. Im finished top 5 in this event last year losing 3.2 stokes putting! That is certainly an anomaly and will not happen again this year.

This man is stellar on par fives, can get a scorching hot putter, and is a tee to green machine. I am begging you, bet Sungjae Im every single way this week and put him in every single Sentry Tournament of Champions lineup. You can thank me later.

Any time that the PGA Tour heads to a spot where it is easier to hit the fairway, and there is an emphasis on approach play, Talor Gooch is a must-play in DFS.

Coming off a win at his last start at the RSM Classic, Gooch fits in with the trend that the winner of this event held up a trophy in one of their last five starts. He also won that event at -22 which shows he has the potential to pour in birdies.

A walk-off eagle hole-out 🦅😲@TalorGooch cards a final-round 62 to take the lead in the clubhouse. pic.twitter.com/XCSiaCxsNM

Gooch ranks fourth in Strokes Gained Approach over the last fifty rounds in this loaded field and I don’t think that should go overlooked. This man can get scorching hot with his irons. Also, the fact he will always be in the fairway, he is my favorite DFS play in the 7k range.

A minimum priced K.H Lee is an absolute travesty. Now it is known in the industry that you only play K.H Lee at TPC Courses but I am breaking that rule this week.

K.H possesses way more talent than the golfers he priced the same as. Also, using a minimum-priced golfer allows you to have more money to spend at the top of the board. Another reason I like K.H is that Seamus Power and Joel Daehman are going to garner very high ownership in the 6k Range. We are once again creating leverage over the field by playing a low owned and min priced Lee

Lee won the Bryon Nelson earlier this season at a winning score of -25 and followed it up with a couple of impressive results in stacked fields. I am willing to take a stab at Lee here as my favorite 6K Sentry Tournament of Champions DFS play.