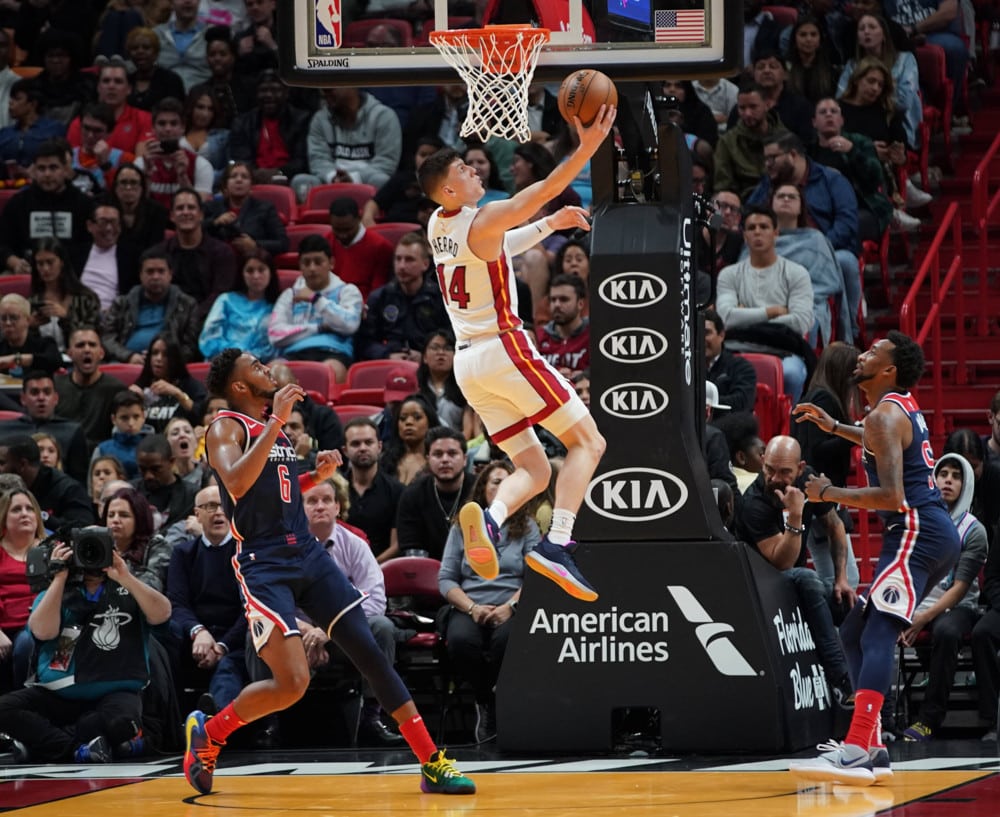 Jaren Jackson Jr. has stepped up in a huge way in the absence of Ja Morant this season. In fact, in three games without Morant this season, Jackson Jr. is averaging 23 points and 6 rebounds per game. Furthermore, over the last seven days the Mavericks are allowing the power forward position to score 26 points and grab 11.5 rebounds per game. Lastly, Jackson Jr. has gone over this projection in three straight games! Think you know who’s going to win it all? Check out the latest NBA Championship odds.

Nikola Vucevic continues his dominance rebounding the basketball for the Chicago Bulls. In fact, Vucevic has surpassed 11 or more rebounds in three out of the last five games. Furthermore, Vucevic has six straight games against the Nets where he has grabbed 11 or more rebounds. Additionally, the Nets are allowing 15 rebounds per game to the center position. I love Vucevic to have a big rebounding game against the Nets tonight.

Tyler Herro Over 2.5 Three-Point Shots Made

Tyler Herro is back with a vengeance this season after a lackluster season last year. This season, Herro is now the betting favorite to win the Sixth Man of the Year award. Herro is averaging 21.6 points per game while shooting 40.3% from beyond the arc. Furthermore, Herro has knocked down at least three three-point shots in six of his last seven games. Additionally, in the season-opening game this year, Herro knocked down four three-point shots against the Bucks. Over the last seven days, the Bucks are allowing opposing shooting guards and small forwards to make 3.7 three-point shots per game. I believe Herro should continue his hot shooting tonight!