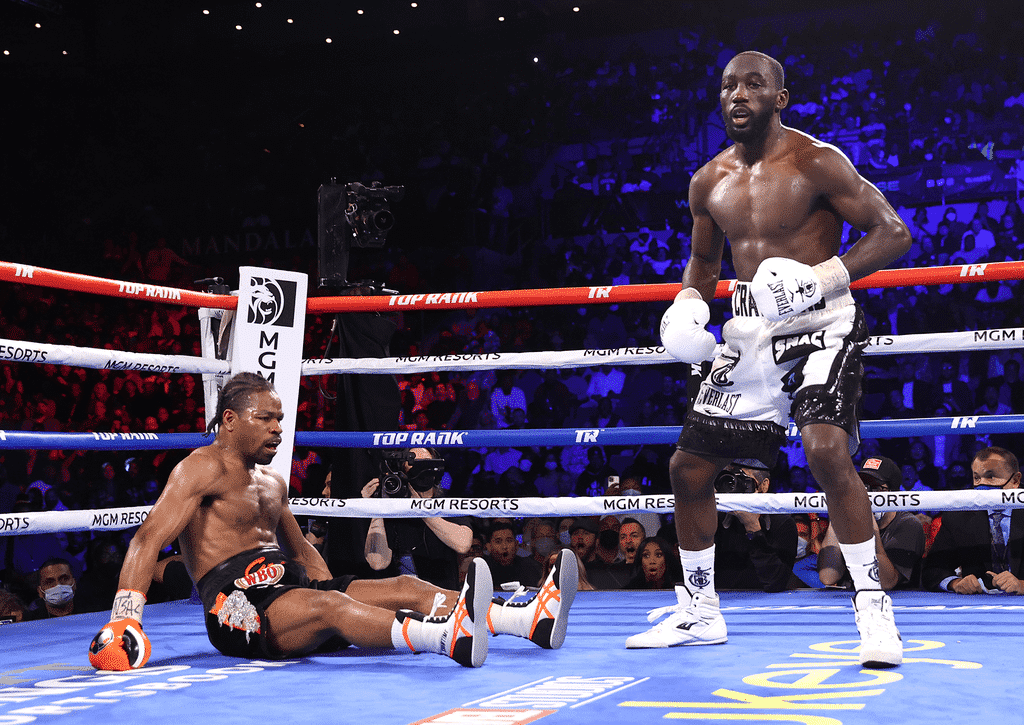 A recap of an impressive World Welterweight title win by Terence Crawford and previews of two title more world title fights this weekend are part of the latest “Big Fight Weekend Podcast.”

Host T.J. Rives is back with Marquis Johns, Sr. Writer of BigFightWeekend.com, to discuss Crawford’s biggest win as a Welterweight yet, as he impressively stopped the former champion Porter in the 10th round last Saturday night in Las Vegas. What’s next for Crawford either at Welterweight or moving up to Jr. Middleweight next year?

Then, the guys turn their attention to the two championship fight cards taking place in New York City and Las Vegas for Saturday night. First, at the Hulu Theater next to Madison Square Garden it’s the Undisputed Lightweight showdown between unbeaten champ Teofimo Lopez and IBF #1 contender George Kambosos of Australia. Get the odds, and the insight from the guys on this one.

And, next, it’s a Saturday night battle for Super Bantamweight supremacy on Showtime, as two action packed champions Brandon Figueroa and Stephen Fulton battle in Las Vegas to see who’s the top fighter at 122 lb.? Will Philly’s Fulton become the latest prominent champ from that famous fight city? Or will the Californian Figueroa pull the upset in Vegas?

Get all the insight, and fight picks on “Big Fight Weekend” and make sure to follow/subscribe on Apple Podcasts, Spotify, Google, etc.!!