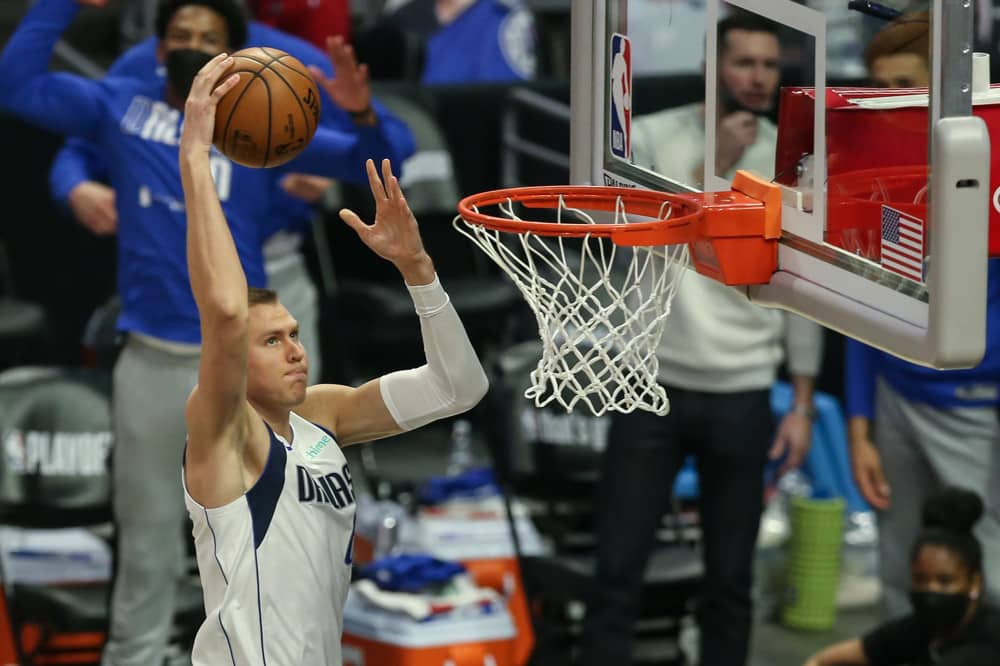 I am taking it on the chin so far on the NBA Player props. But I am more than confident that I will bounce back tonight. It is a very long season. Tonight features four games on the NBA schedule and I have found three NBA Tuesday Night Player Props for the action. Let’s start a profitable winning streak tonight!

Talen Horton-Tucker returned to the Lakers lineup a little over a week ago and was a spark on offense. Over the first games of his return, THT was averaging 23.3 points per game but has now regressed to averaging 16.3 points per game. Tonight, against the Knicks, LeBron James will be out serving a one-game suspension. THT numbers went down in the two games since LeBron returned. But tonight I believe THT will be able to score the ball as he did when he initially returned.

Kristaps Porzingis is quietly having a good season for the Dallas Mavericks. In fact, over the month of November, Porzingis is averaging 23.1 points and 9.1 rebounds per game. Luka Doncic is questionable for tonight’s game. Porzingis has stepped up in a big way over the last few games in the absence of Doncic, averaging 23 points and 9.3 rebounds. Additionally, these two teams matched up on Sunday, November 21st, and Porzingis finished with 25 points and 8 rebounds.

The Detroit Pistons will be short-handed tonight against the Miami Heat. Killian Hayes is out with a sprained thumb and Isaiah Stewart will serve the first of his two-game suspension. I believe Cory Joseph should step into the starting lineup. In fact, Cory Joseph has played 30 or more minutes over the last three games. I expect him to play the same number of minutes tonight. Additionally, Joseph has dished out five or more assists in two of the last three games. The Pistons will need Joseph’s veteran leadership against one of the best teams in the Eastern Conference this season.