My hot streak at picking UFC winners has reached 12-straight weeks, so let’s try to make it a lucky 13 with a winning UFC Vegas 42 DraftKings lineup. I’m liking some underdogs on Saturday’s card, beaming to us from the UFC Apex in Las Vegas, so this lineup wasn’t as difficult to put together as some in the past. Let’s get it on, c’mon!

Right off the bat I’ll pop into Saturday’s main event and make heavy favorite Max Holloway my big-ticket purchase this week. I really expected the former UFC Featherweight Champion to be slowing down by now, but in his last fight he landed an absurd 447 strikes and scored an eye-boggling 209 fantasy points! Even in his recent defeats, he has scored in the 40 and 50 point range, so he’s a pretty safe pickup. 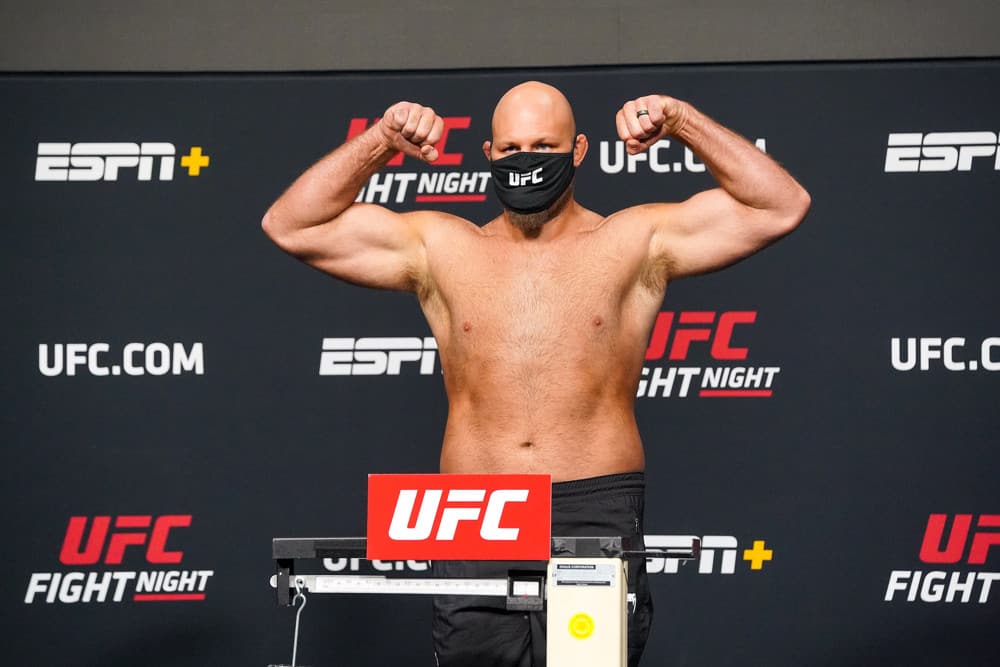 We don’t have to go far for our next pickup – Ben Rothwell in the co-main event. He’s another fighter I would have thought to be fading by now, but he’s won three of four. He’s got a very favorable matchup this weekend against Marcos Rogerio de Lima, and the chances of him snatching the Brazilian up in one of his patented chokes is a very real threat. He did that in his last fight against Chris Barnett and scored 105 points.

Next, let’s grab us ‘The Kung Fu Monkey’ Song Yadong. He’s another guy with a favorable matchup this Saturday, against Julio Arce. He’s younger, the more active striker, and averages a very robust 77.6 FPPF. This includes three triple-digit efforts in his eight UFC appearances. Let’s hope to make that four in nine fights on Saturday.

I’ll take Korean light heavyweight Da-Un Jung in the curtain jerker of Saturday’s festivities, going up against Kennedy Nzechukwu. Jung has superior striking and grappling stats and has been very good for his fantasy owners over his UFC career, averaging 82.6 FPPF. That includes 112 points in his last fight and 102 two fights before that.

Now for some cheap underdog pickups. Andrea Lee is the bigger, longer, younger, better striker in her fight against Cynthia Calvillo, who will be taking this fight on short notice. She’s also coming off of a 116 point effort in her last fight. I’m liking her for only $8,000, especially when you see she scored 71 points in her most recent defeat.

For my big underdog, I’m grabbing Joel Alvarez for only $7,200. ‘El Fenomeno’ has scored 97, 97, and 93 points over his last three fights, so the potential is there. Plus, he’s a better striker than Saturday’s opponent, Thiago Moises, who will try to grapple the submission-specialist Alvarez. Sounds like a path to a big point-scoring submission win for us.