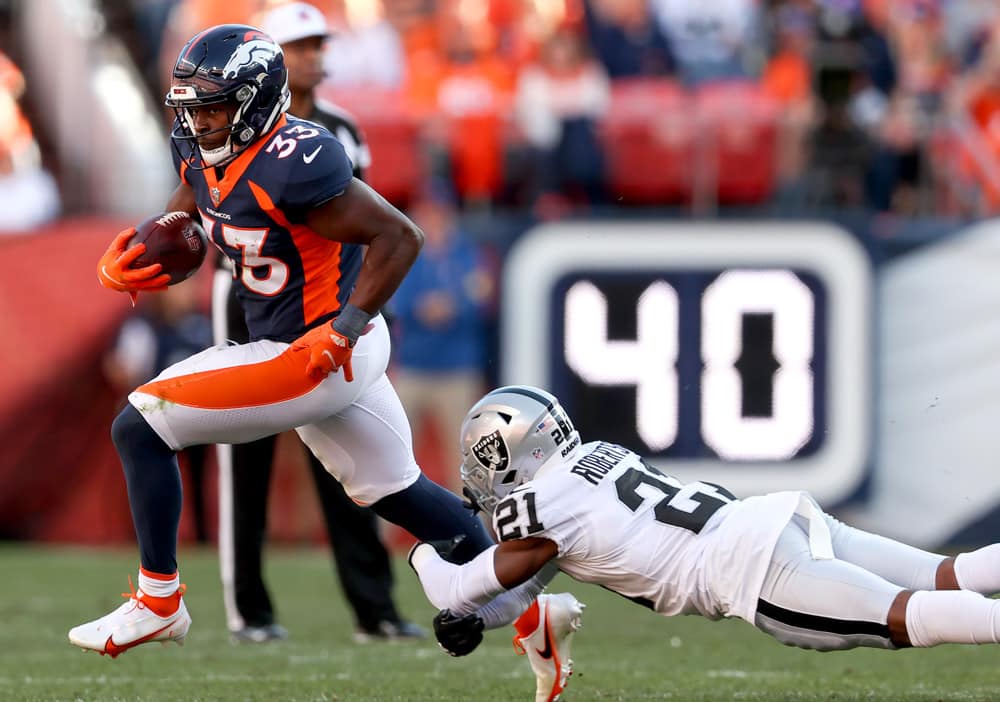 The hot run continues for the player prop bets as the Monday Night Football props ended up going a perfect 3-0! Thursday Night Football features a clash between two AFC teams, the Denver Broncos visiting the injury-riddled Cleveland Browns. There are a few player prop opportunities to cash in on. Let me dive right into it!

I know the Browns have one of the best rush defenses in the league but if we look at their schedule of running backs it’s not that impressive. They have faced Clyde Edwards-Helaire, the Texans running backs, David Montgomery is one running the Browns have faced who is a great running back and Dalvin Cook who was playing the game dealing with an injury. The Browns faced the Chargers in week 5 and allowed 5 yards per rush attempt and last week against the Cardinals running backs they allowed 117 yards on 20 carries.  Javonte Williams has exceeded 46.5 rushing yards in four out of the six games this season and in three straight games. Additionally, he is averaging 4.6 yards per carry this season. He is trending in the right direction and

The Cleveland Browns’ defense against tight ends has been stellar all season long. They are allowed only 2.7 receptions and 30.5 yards per game. The Browns have allowed only one tight end to exceed 40.5 receiving yards and it was Travis Kelce in Week one who had 76. I am banking on the Browns defense to limit Noah Fant this week. Additionally, Fant is dealing with a foot injury which will let limit, so I like this to go Under the total.

I am going a little contrarian here as bettors may not be high on Case Keenum coming into this week. Now, there isn’t any statistical analysis to back this up however Keenum certainly has plenty of experience as a starting quarterback and back up in the league. In addition, both Nick Chubb and Kareem Hunt are out for this game. As a result, I believe the Broncos may load the box and dare the Browns to throw the ball with Keenum.