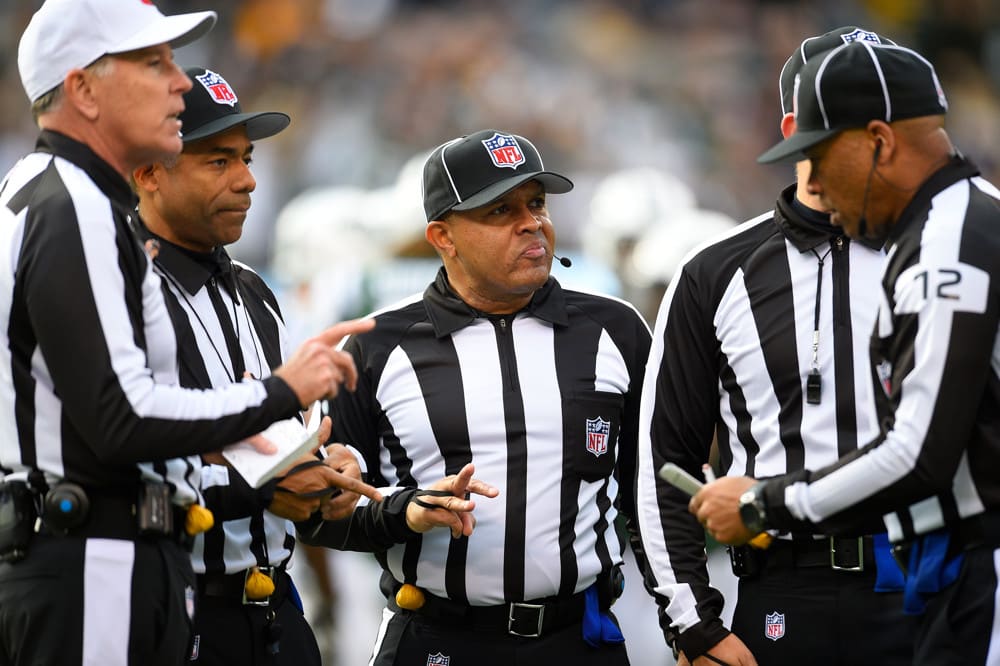 Here we are with NFL Week 7 Referee Betting Stats and Trends report. Last week, two NFL Referees –– Brad Allen and Ron Torbert –– who were profitable on totals went down in flames. However, Clay Martin’s Under trend cashed in the Thursday Night game between the Tampa Bay Buccaneers and Philadelphia Eagles. Additionally, road teams continued to dominate in Alex Kemp’s games as the Rams pounced the Giants. Let’s dig into the Week 7 report!

Along with Ron Torbert, Clay Martin continues to be a referee profitable to Under bettors. In fact, after Week 6, Martin officiated games have improved to 5-1 on the season, with a game average of 42.8 points per game. Last week, Martin officiated the Buccaneers and Eagles, Thursday Night game, and the Under cashed by a small margin.

Pretty soon I will have to send Shawn Hochuli a thank you gift for the gift that keeps on giving. The road teams improved to a perfect 6-0 against the spread in Week 6 in Hochuli officiated games. Furthermore, road underdogs are a 4-0 straight up. Not only are the dogs cashing against the spread, but the underdogs are live on the money line. Take a look below on which game Hochuli is officiating this week.

Need help with who to bet on this week? Check out the latest NFL expert picks. 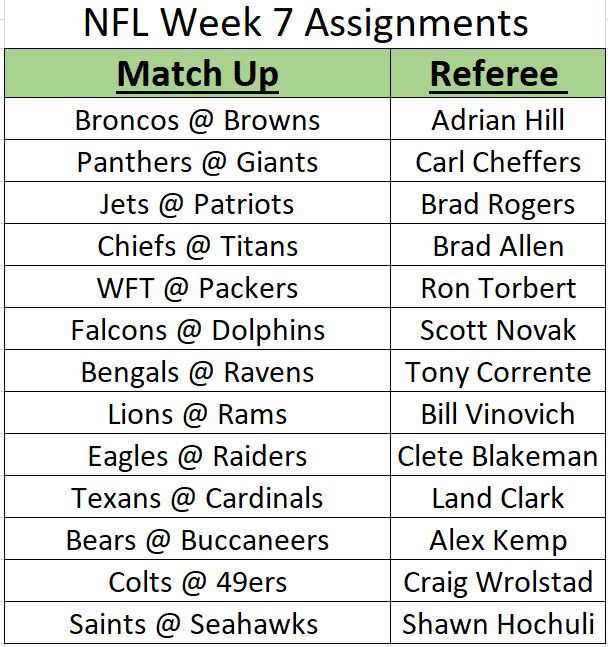