Everybody’s favorite Tuesday night action is upon us again. Dana White’s Contender Series is back for Week 7, live from the Apex in Las Vegas. The action in the cage has been good for guys looking for contracts, as Dana seems to be handing them out like hotcakes. But it’s the action at the books that we’re more interested in – and there’s a lot to be won on Tuesday nights. 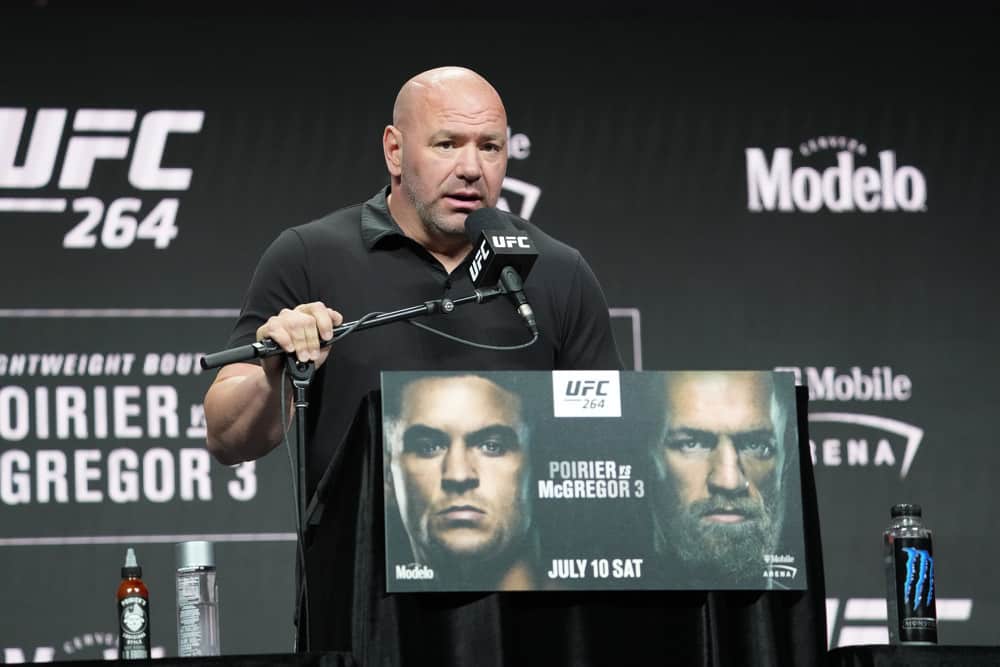 This fight should be absolute fireworks. If there is a fight that you shouldn’t miss, it’s this one. Both guys have lightning-fast striking and mix it up well to the body, legs, and head. Christian Rodriguez also has some pretty solid wrestling that could certainly make the difference in this fight as well. Even given that fact, I’m still going with Cortez. The main reason is that he seems to have a distinct power advantage in this fight. He hits much harder, which is partly due to the fact that he will be a massive bantamweight. While it’s not my most confident pick on this card, the fact that the fight is so close in terms of skill means you have to go with the underdog or pass altogether here.

The most impressive part of heavyweight Martin Buday is just how little he is like an actual heavyweight. Buday, despite his stature, has excellent cardio and the ability to pick up the pace in an instant. The best part of his game though is that he does not rely on these things. He’s very defensively sound, especially when it comes to his head movement. He also does a great job in the clinch, which is one of the few times he really opens up with his striking. The problem for Hood in this fight is that his style is the exact opposite of Buday. He relies much more heavily on muscle than he does on technique. He also rushes forward, seemingly without a plan. I think Buday deals with the mad rush fairly easily and then gets any kind of finish that he wants. With the UFC always looking for heavyweights, I’m sure the Contender Series is the stepping stone to the big show for Buday

Mitch Raposo is a prospect that I’ve been high on for a while. He is able to mix up the fight in all realms and has been successful across weight classes while fighting for New England-based Cage Titans. However, after becoming the top bantamweight pick of Team Volkanovski, he made an early exit from TUF, losing to Liudvik Sholinian. That loss is part of the reason I’m in on Jake Hadley here. Hadley comes to the UFC from Cage Warriors, where he was their flyweight champion. He has excellent wrestling and his transitions to the back are both sharp and aggressive. Wrestling and grappling defense are what did Raposo in on the show and I expect it to be his undoing again here. Hadley is going to take him down, seemingly at will, and I really wouldn’t be surprised if we get a submission here too.

This is the second straight time I’m fading Chris Duncan on Contender Series against an underdog, but it should be clear that it isn’t that I don’t like Duncan. In fact, I think he’s a great prospect. I love the aggression. I like the way he swarms with punches. His power is excellent. However, Borshchev has some pretty solid striking defense. He takes his head off the centerline well and I think he’s going to be a touch quicker than Duncan. He also has a distinct advantage when it comes to wrestling, which may not come into play. But when looking at odds like this, it’s nice to have a backup plan for your underdog pick too.

It’s sort of hard for me to believe that Silva is just a -180 favorite here. She should, in fact, be a much bigger favorite, and for multiple reasons. Firstly, she was actually preparing for this fight – granted it was supposed to be with Silvana Gomez Juarez instead of Paprocki. Secondly, I think she has a massive advantage on the feet. She’s much faster than Paprocki and much more diverse in her striking. It also appears that Paprocki has difficulty finding range when she is not physically touching her opponent already. In the clinch or when holding a lead hand out, she then can seek and destroy – otherwise, not so much. There is a slight threat of a takedown here from Paprocki, but judging by Silva’s submission skills and the advantage she’ll have striking, I think she takes this one easy and picks up a Contender Series contract in the process.

Don’t forget to check out all of our MMA coverage on SGPN, including our UFC picks posted each week. And remember to listen and subscribe to the MMA Gambling Podcast, where you can get even more Contender Series and UFC insight each week.