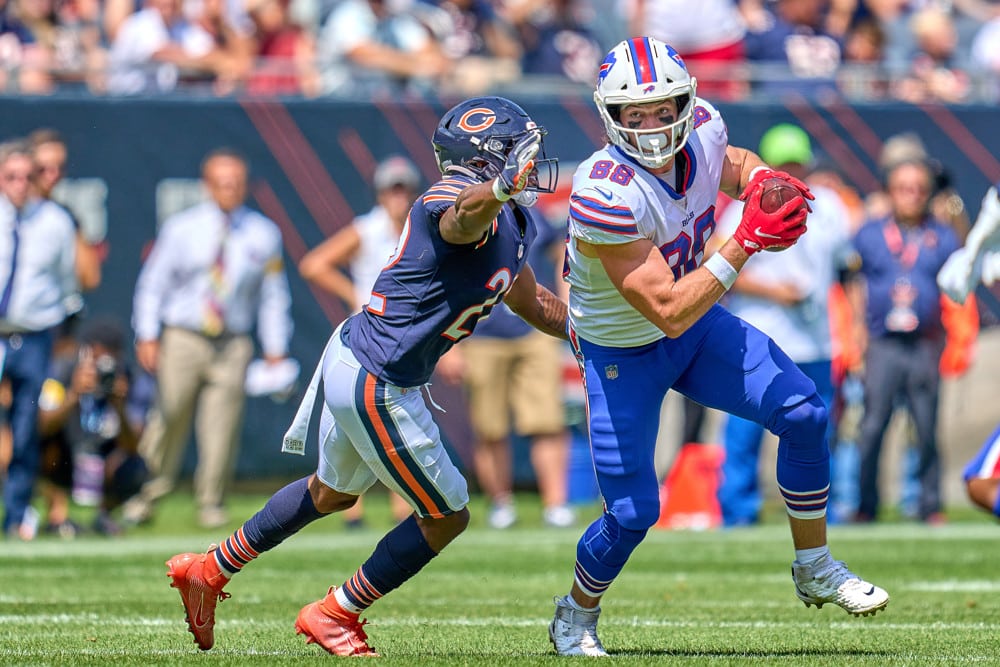 Thus far this season, Dawson Knox has exceeded this projection in three out of the four weeks. In addition, Knox has 15 catches on 20 targets which are averaging 9.6 yards per catch. Furthermore, the Chiefs are not defending the tight end position well this season. So far thru this season, the Chiefs defense is allowing close to seven receptions per game and 87 yards receiving per game to the tight end position. Knox should have plenty of chances in this game against a lackluster Chiefs defense to get over this projection. I love this player prop bet to go Over!

Josh Allen without a doubt is one of the best rushing and scrambling quarterbacks in the league. He has proven throughout his young career thus far. In fact, this season Allen has a total of 129 rushing yards and has flown over the projection of 33.5 in three out of the four games. In two career games against the Chiefs including the playoffs, Allen has a total 15 rush attempts equating to 130 yards. Yes, Allen did go over 34 rushing yards in both of these games. Furthermore, the Chiefs are allowing 44 rushing yards to the quarterback position. Last week Jalen Hurts rushed for 47 yards. I believe can get over this projection in a few amount of attempts!

This game prop bet is one I have been betting and keeping an eye on if  I like a total to go over the total. Despite the Buffalo Bills statistically being one of the best defenses in the league, we can argue that this Chiefs offense and Patrick Mahomes is going to be the best they have faced all season. In addition, the Chiefs defense has been abysmal all season long. In fact, the Chiefs defense is allowing an average of four touchdowns per game. We know the Chiefs are going to get their touchdowns also in this game as they are still one of the best offenses. I like this prop bet to get Over the total.