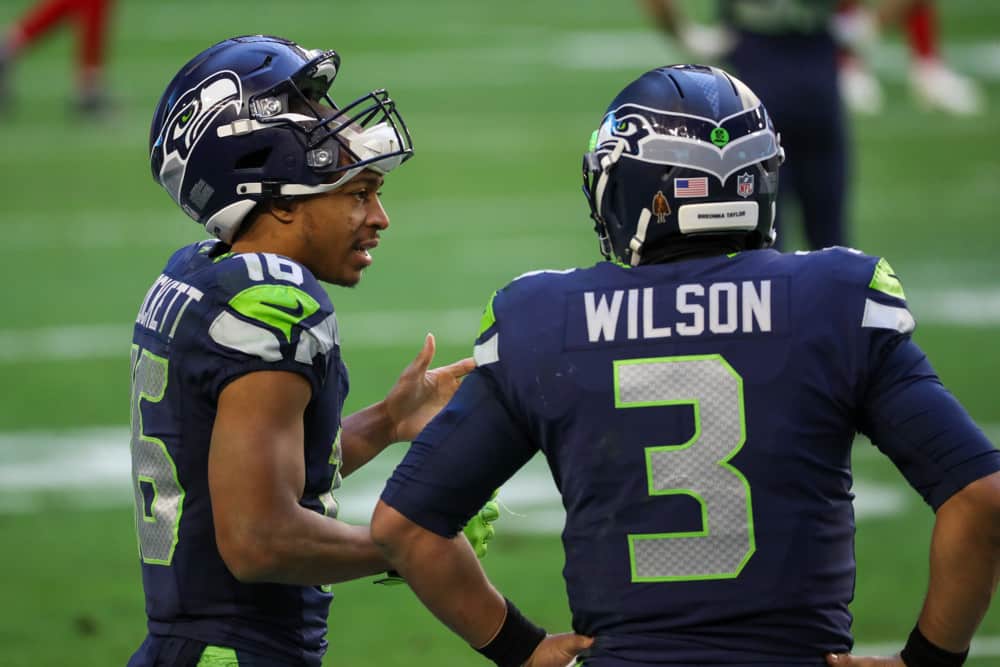 Sunday’s NFL player props ended up going 1-2, bringing my overall record to .500. It is time for me to get back on track and find the winning ways. The Thursday Night game features a battle of two NFC West teams between the Rams and Seahawks. Below are my three NFL player props for the game. Let me dive right into it!

So far this season Russell Wilson has not had more than 24 completions in a single game. In fact, the most he has was 23 against the Vikings in Week 3. Under the Sean McVay era, Russell Wilson in eight career regular season games has no exceeded more than 24 completions. The Rams defense is allowing 29 completions per game but that number is a skewed due to the fact that Tom Brady had 41 completions in a game where the Buccaneers were trailing for most of the game. I love this NFL players props pick to go under the total.

Tyler Lockett is a receiver that can beat the defense over the top. We saw this is the first two weeks of the season where he had a long reception of 63 and 69 yards. Over the last three weeks the Rams have allowed eight different receivers to have receptions of more than 24 yards. In fact, they have allowed at least two different receivers in each of the last three games to have receptions over 24 yards. I believe Lockett can go over this number against a lackluster Rams defense.

The argument every week for opposing defenses facing the Rams can be how to slow down Cooper Kupp. As a result, I believe this opens the opportunity for other receivers on the Rams offense like Tyler Higbee. In three of the first four weeks, Higbee has at least four receptions. Furthermore, the Seahawks defense on average is allowing five receptions on eight targets thus far this season.

Darrell Henderson is off to a good start for the Rams rushing attack. In fact, in the three games he has played in this season, Henderson is averaging 4.9 yards per carry. Furthermore, in two out of the three games Henderson rushed for more than 65 yards. Additionally, the Seattle Seahawks defense ranks amongst the worst in the league. Seahawks rush defense ranks #31 in opponent rush attempts, #25 in yards per rush attempt allowed, and dead last in rushing yards allowed per game. Henderson should feast against the Seahawks in this game.