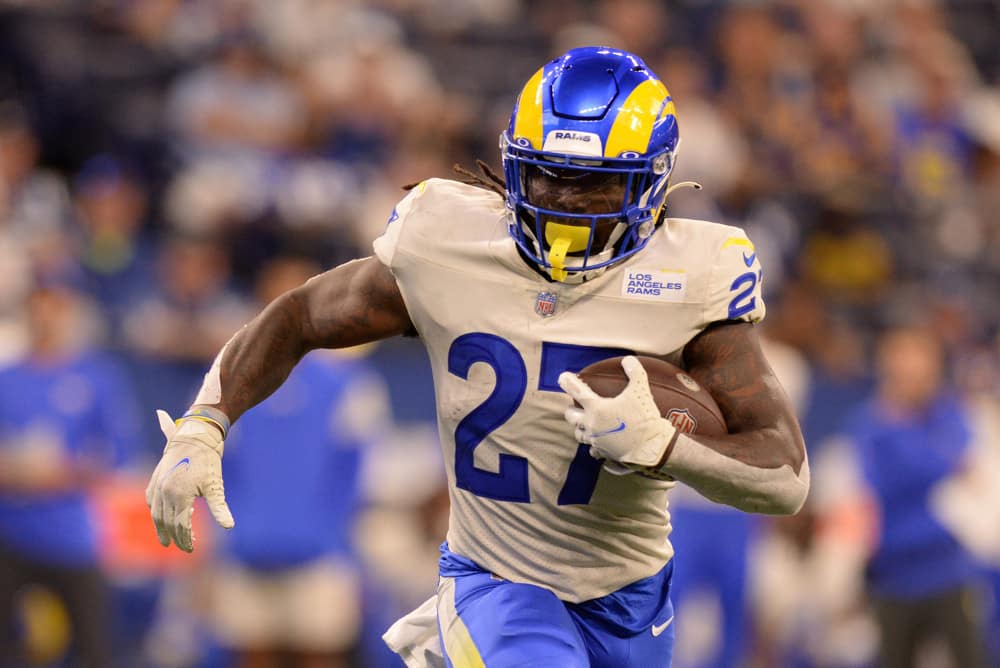 The breakout has arrived for this super-athletic tight end.  Being in one of the highest-scoring offense in the NFL has it perks, as Dawson Knox has three touchdowns in as many weeks. The Buffalo Bills have scored over 120 points in the last three weeks, and head into a prime-time matchup with the Kansas City Chiefs. Get your popcorn ready because this AFC Championship matchup could be the best Sunday Night Football game all year. With that being said Dawson Knox has risen up our fantasy football rankings this week.

He is currently the TE6 in PPR scoring only 6 points behind the TE2 spot. Dawson Knox has seen 16 targets over the past three weeks in which he turned in 11 catches for 103 yards and 3 touchdowns. Along with facing the Chiefs who rank 6th worst in the NFL while averaging over 17 points to the tight end position this season. I expect Dawson Knox to finish in the top eight of tight ends this week. Ride this wave as long as you can in the barren wasteland of tight ends.

Damien Harris is a player we all hoped was going to take that next step this season that has been a letdown early on. However this week I expect him to bounce back. Currently, he is RB38 on the season in PPR scoring, however, he has had two terrible matchups in a row. In back-to-back games, he has faced New Orleans and Tampa Bay, producing only 7.7 PPR points total. This week however I expect him to find his way back toward the 15 point mark.

The Patriots face off against the Houston Texans who have allowed 25.6 points to running backs on average this season. I see the Patriots going up early and this game script will help Damien Harris see the field more. They will need to put the game in his hands in the second half of this one. They will be trying to melt the clock with the ground game if they get up early. This increased workload is why he rose up the fantasy football rankings this week. I expect him to reach middle RB2 numbers which is much better than his previous two weeks.

He’s back folks the PPR machine, and boy did Zach Wilson love his presence. He saw 9 targets this week, which turned into 7 catches, 61 yards, and a touchdown. Jamison Crowder looked fresh and good as new,  creating separation out of the slot and catching almost everything thrown his way. This is what makes him a great security blanket for the young quarterback. The Jets are headed into Atlanta this week, which is a favorable matchup for them.

I expect Jamison Crowder to be heavily involved in the passing attack this weekend. Along with the fact this game could have a sneaky high score due to both teams’ poor defenses.  Atlanta is averaging over 40 points to the wide receiver position this season. This is why I see Crowder putting up high-end WR3 numbers this week with an upside of a WR2 depending on game script. This is the main reason he has risen up the fantasy football rankings this week.

The workhorse running back for McVay’s explosive offense is on a tear this year. Currently, Darrell Henderson is averaging 16.5 PPR points per game which is good enough for RB10 on a points per game basis. He looks extremely explosive and powerful this season. Along with his vision and cutbacks have been great as well. The threat of Matt Stafford throwing the ball has opened lanes for the LA running backs this season. This week the Rams face the Seattle Seahawks on Thursday night football.

McVay’s teams are nearly perfect on Thursday night football to date. I expect them to use Darrell Henderson to help continue this tradition. The Seahawks rank second-worst in the NFL giving up over 33 PPR points to running backs a week. I see this game being a fairly high-scoring game and Henderson should find the endzone at least once and should top 100 all-purpose yards. This is why he rose up the fantasy football rankings all the way up to the top 10.

I was born and raised in Buffalo, New York. I am happily married to my wonderful wife Lauren. I am a life long Buffalo Bills and Buffalo Sabres fan. To set the record straight, we don’t always have snow, and we do have the best pizza and wings! Dynasty fantasy football is my niche, the process it takes to build a dynasty is so rewarding! I am excited to bring my ideas here to The Sports Gambling Podcast. My evaluation process is a two step process, using film study along with statistics and build a case for or against players. With this I determine their viably for fantasy production. 60 percent of the time it works all the time! Picking apart the incoming NFL rookie prospects has become one of my favorite parts of dynasty. My most important goal is to help everyone succeed and enjoy fantasy football as much as I do! Feel free to reach out to me on Twitter.