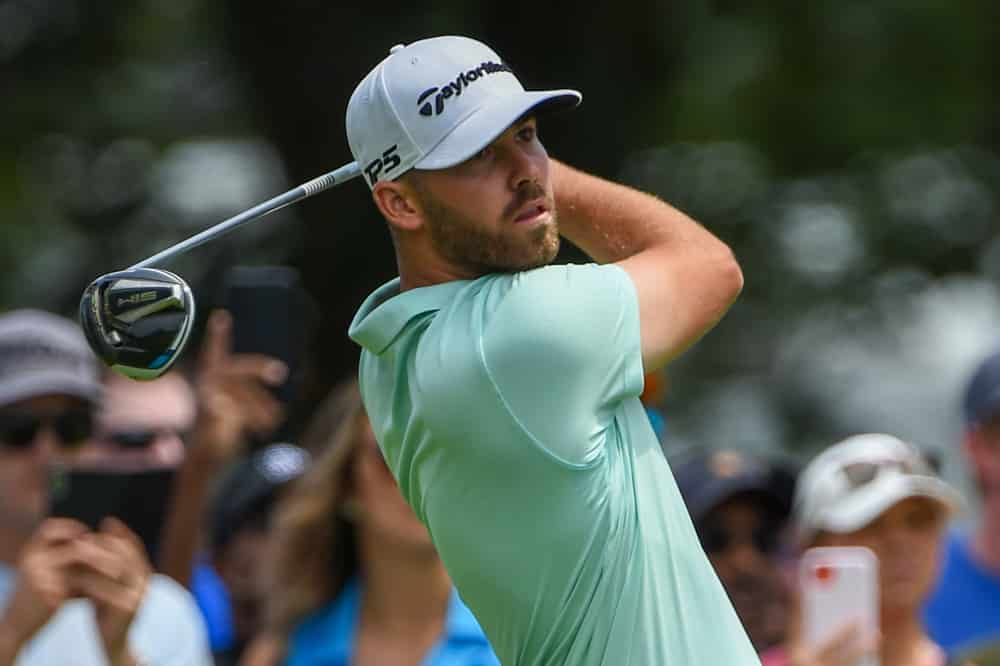 The Sanderson Farms Championship struggles to attract star power. While there are more notables playing than usual, the field this week is quite weak. Headlining the field is defending champion and Ryder Cup star, Sergio Garcia. Sergio was one of the lone bright spots for the European Team at last week’s Ryder Cup. If he hadn’t won last year, he probably wouldn’t be in the field. But he’ll fulfill his defending champion obligations and tee it up at the Country Club of Jackson.

Also in the field is Matthew Wolff. He has had a very strange 2021. After a very promising Fall of 2020 that saw him finish second at the US Open, he struggled with both form and mental health all year long. It also must not have been easy seeing his peers all play at the Ryder Cup while he was stuck at home. Maybe that will motivate him for a good showing at a golf course that fits his strengths.

In 1914, a group of wealthy local businessmen helped fund and build the Country Club of Jackson. The country club was relocated in the 1960s, where it remains to this day.

The country club underwent a significant renovation in 2008 by John Fought. His vision was to reincorporate classic Donald Ross design features and restore the greens with new Bermuda turfgrass.  After the renovation, the club successfully lobbied the PGA Tour to move the Sanderson Farms Championship away from the Annandale Golf Club and hosted the tournament on its Dogwood and Azalea Championship Courses for the first time in 2015.

Some Donald Ross renovations are tremendously successful, such as the renovation of the Sedgefield Country Club for the Wyndham Championship. Some aren’t, like Rees Jones’ ruination of East Lake. Unfortunately for Fought, the land didn’t give him all that much to work with. But for what he had to work with, he did a fine job replicating a Donald Ross design:

Fought did a pretty good job with the hand he was dealt. One can definitely see classic Donald Ross principles in the golf course. The golf course has a classic out-to-in routing. It has a nice mix of left and right doglegs to force players to work the ball both ways. There is nice positioning and undulation of greens that will force players to hit the correct side of the fairway. The greenside bunkers also are pretty well done and are of the Donald Ross style. And there’s a good variety to the lengths of all the Par 3’s. You could lift up this piece of property and put it in the Northeast, and it would fit in with the numerous Donald Ross designs in that part of the country.

But unless Fought wanted to move a ton of dirt there isn’t a whole lot that could be done to the flat, swampy piece of property to make it more interesting. He did not try to force anything on the golf course and focused simply on creating a solid, no-nonsense track. The greens also don’t have as much dramatic undulation as a lot of Ross courses have. But overall, this is a perfectly fine golf course for a fall event on the PGA Tour.

The Country Club of Jackson plays as a Par 72. It plays at just over 7,250 yards. The golf course is wall-to-wall bermudagrass, however, the grass may start to show some signs of dormancy as it enters the colder months. The field typically finds the fairway off the tee about 61% of the time. Despite the below-average driving accuracy rates, players pepper greens at high rates. The green in regulation rate is typically in the low 70 percentile. That’s one of the highest clips on the PGA Tour. As such, the winning score is typically in the high teens to low 20’s under par.

Upon examination of the golf course, both driving distance and Strokes Gained – OTT are by far the most important metric this week. Much like Detroit Golf Club, many Donald Ross designs are now antiquated because of the improvements in golf technology. Traditionally, Ross courses command precision off the tee. One has to pick the correct side of the dogleg to hit their tee shot in order to set up an approach shot off the tee. But because it’s now unusual to see a guy who can’t carry it 300+ yards off the tee, golfers can hit it well over the doglegs and shorten up the golf course.

This shows up in the approach shot distribution chart from last year’s tournament:

Players hit short irons into greens at a much higher rate than the PGA Tour average because they shorten up the golf course by bombing it over the dogleg. The players in the field who can do that have a much bigger edge than those who can’t. There’s also a much higher than average rate of approach shots over 250 yards. Once again, longer hitters have the edge over a shorter one.

That’s not to say that a short and accurate player can’t contend here. The golf course is still a very manageable 7,250 yards. A shorter player could still plod his way around the golf course and get hot with his mid-irons. But his job isn’t as easy as someone who can hit driver-wedge all day long.

Lastly, here are players in the field who have gained more than a stroke per round at the Country Club of Jackson:

With the exception of Zach Johnson, all these guys either have some pop off the tee or are pretty efficient in strokes gained. As for Zach Johnson, he’s a very accurate player who excels when he’s hitting his short and mid irons off fairways. These types of players are a preview of who will play well at this year’s Sanderson Farms Championship.