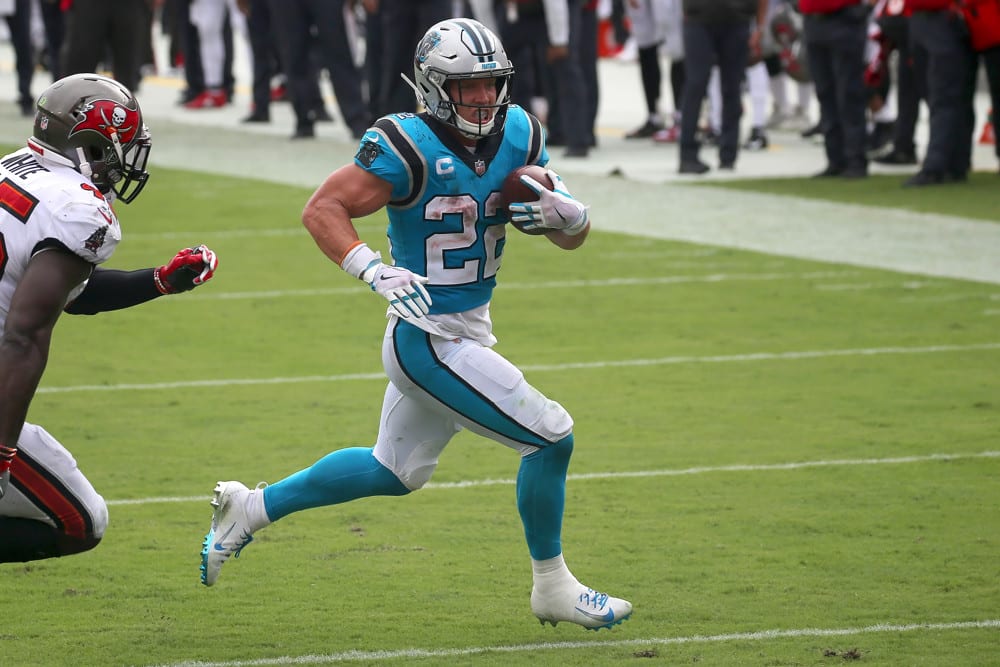 My Sunday Night player prop betting odds ended up going 2-1 for the night. I am off to a good start for the season and look to continue that as we approach week three. Thursday night props have not been profitable for me but I am confident I can turn that around starting this week! Let me dive right into the NFL Player Props odds for Thursday Night Football.

Through the first two weeks of the season, Christian McCaffrey has 20 or more rush attempts in each game. Panthers seem to make it a priority to establish the run and get McCaffrey going.

Furthermore, in the first two weeks of the season, Texans opponents are averaging 25 rush attempts per game. I believe the Panthers are trying to put Sam Darnold in a position to make the right throws. When you have one of the best players in the league in your backfield, you will do your best to utilize him.