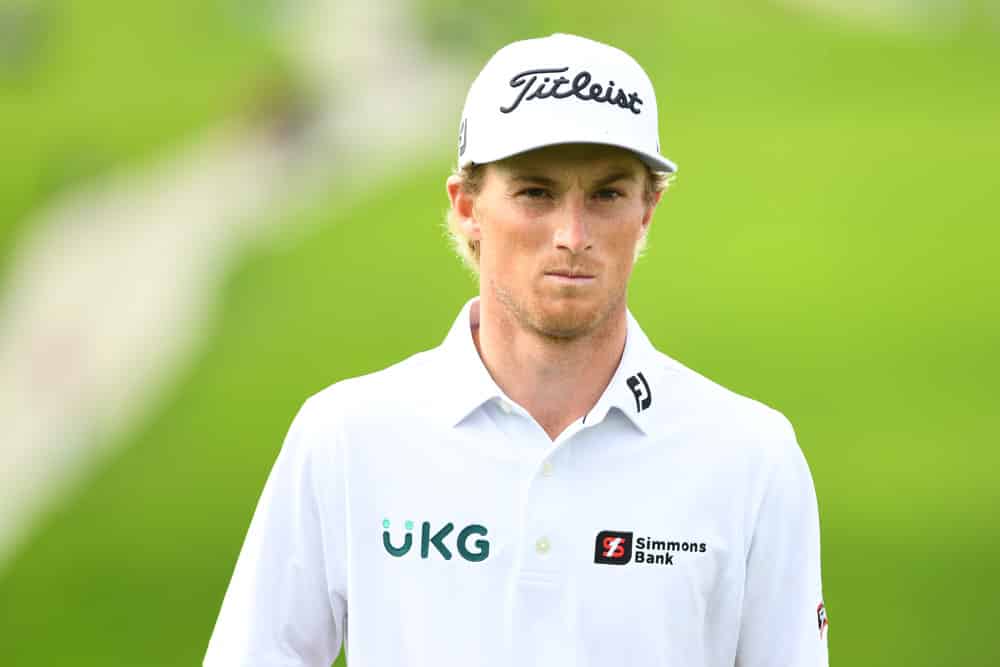 Will Zalatoris will likely never be described as a great putter. But during the second half of the season, he was downright dreadful with the flat stick. After the Wyndham Championship, Zalatoris consulted with his coach to see what was wrong. Turns out it wasn’t entirely his fault. They discovered that the insert to his putter was caved in! He had no idea how long it had been like that, but after a quick fix, his putting on the practice green improved.

If his putter is fixed, he’s dangerous. He remains one of the best ball strikers in the world and if the putter heats up he can win any tournament. He’s getting a discount because Jon Rahm is such a massive favorite. He’s a great pick towards the top of the card to win the Fortinet Championship.

Sebastian Munoz doesn’t have the best course history at Silverado Resort. In two appearances he has a missed cut and a T33 finish. But he’s been very good on golf courses similar to Silverado and there’s nothing about the golf course that suggests he can’t do well there. Munoz is a solid player off the tee and has struck his irons really well over his last few tournaments. And he’s been in the mix a lot heading into final rounds over his last 2 years. He’s in a great spot to pick up his second career win at the Fortinet Championship.

Mito Pereira was a hot commodity heading into the Wyndham Championship. After a disappointing missed cut at Sedgefield Country Club the steam has subsided. It’s just one tournament and it shouldn’t dissuade one from considering him for betting. Pereira remains an awesome ball striker and quite strong off the tee. And anyone who can pick up three straight Top 10’s against really good competition clearly has talent. His outright price isn’t unreasonable and is worth a flyer pick for the Fortinet Championship.

Doug Ghim will eventually be a winner on the PGA Tour. What’s held him back is his putting. His performance on the green routinely ruins fantastic ball-striking performances. But Doug Ghim putts well historically both on bent/poa mixes and on west coast poa surfaces. And not only did he play well at Silverado last year, but he also plays well at comparable golf courses to it too. He’s worth a longshot pick to win the Fortinet Championship.

Chez Reavie is one to monitor to potentially bet live to win the Fortinet Championship. For now, let’s start with just the Top 20. Chez Reavie is great both here and on similar golf courses. He tends to putt very well on both bent/poa surfaces and on west coast poa. And he’s a great ball striker. What holds him back is it seems the last few years the winner has tended to have more pop off the tee than Reavie does. And his putting this year puts a ceiling on his outcome. But he’s a solid pick for a Top 20 at the Fortinet Championship at decent odds.

The praise for Ghim is above. As for Talor Gooch, he’s struggled off the tee mightily over both his last 12 and 50 rounds. Silverado rewards really good driving of the golf ball. Considering that’s Gooch’s kryptonite puts him behind the eight ball. Ghim should beat Gooch straight up at the Fortinet Championship.