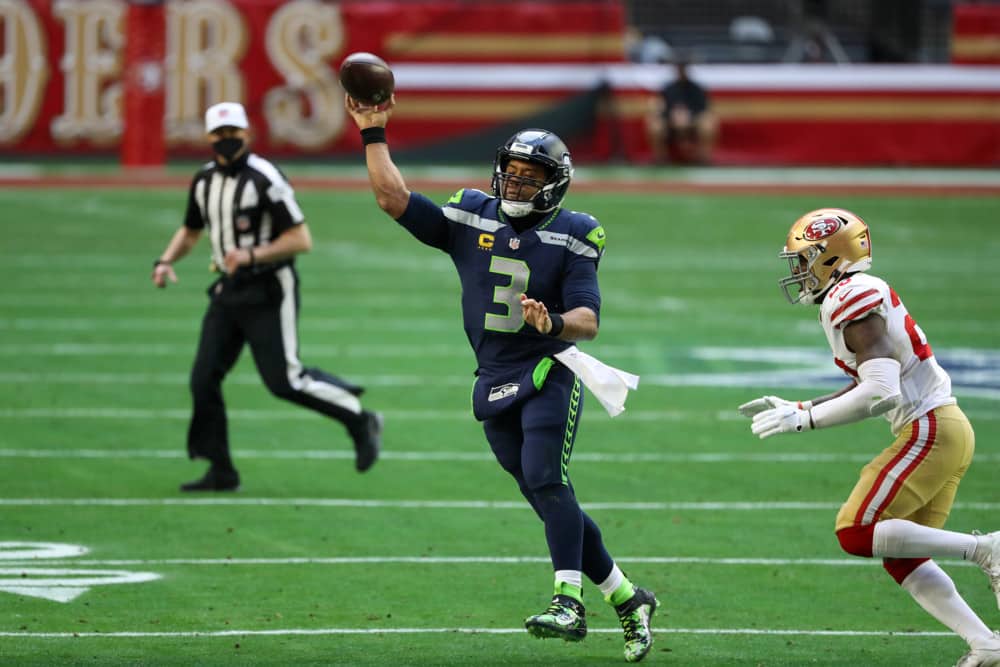 The Seattle Seahawks were the kings of the NFC West last season. The Seahawks finished the season with 12 wins. Early in the 2020 season Russell Wilson was the front runner for the MVP. Later in the season the Seahawks decided to commit to running the ball and taking the ball out of the Wilson’s hands. The Seahawks offense carried the team all season long before they traded for All-Pro safety Jamal Adams and defensive linemen Carlos Dunlap. The Seahawks season ended with a defeat in the Wild Card game by division for the Rams.

In addition, the Seahawks signed Jamal Adams to a long term deal and added Gabe Jackson on the offensive line and Gerald Everett to the tight end position. The running backs are healthy again for the Seahawks and the biggest addition to the 2021 season will be the return of the 12th man in one of the biggest home field advantages in football.

In addition, over the first five opponents in the 2021 season have a regular season win total of nine or more. Furthermore, they play the Steelers and the Saints in Week seven and eight.

Russell Wilson has not exceeded this number in his career yet. However, with a new offensive coordinator I believe this will be the season they let Russell Wilson cook. In addition, Wilson is surrounded by great weapons like D.K Metcalf, Tyler Lockett, and 2nd round draft pick D’Wayne Eskridge. Let’s not forgot that the Seahawks have a great pass catching running backs.

The Seahawks face one of the toughest projected rush defenses. Eight of their opponents rank inside the top 10 in rush defenses and defenses tighten up inside the red zone. Over the last three season Carson exceeded 7.5 rushing touchdowns just once which was in 2018 when he scored nine touchdowns. In addition, the Seahawks have Rashard Penny in the backfield who will be sharing the running back duties. Both of these guys are the same weight but based off of the rush defenses they face I think it will be difficult for Carson to get 8 rushing touchdowns.

Scott Reichel highlights in his fantasy football article that Will Dissly will the TE1 for the Seahawks this season. Now he is not going to be a guy that will make or break your roster but the upside is there. The injury concerns are in the past and this may be a year where Dissly takes a big leap.