The Tour Championship Picks and Props 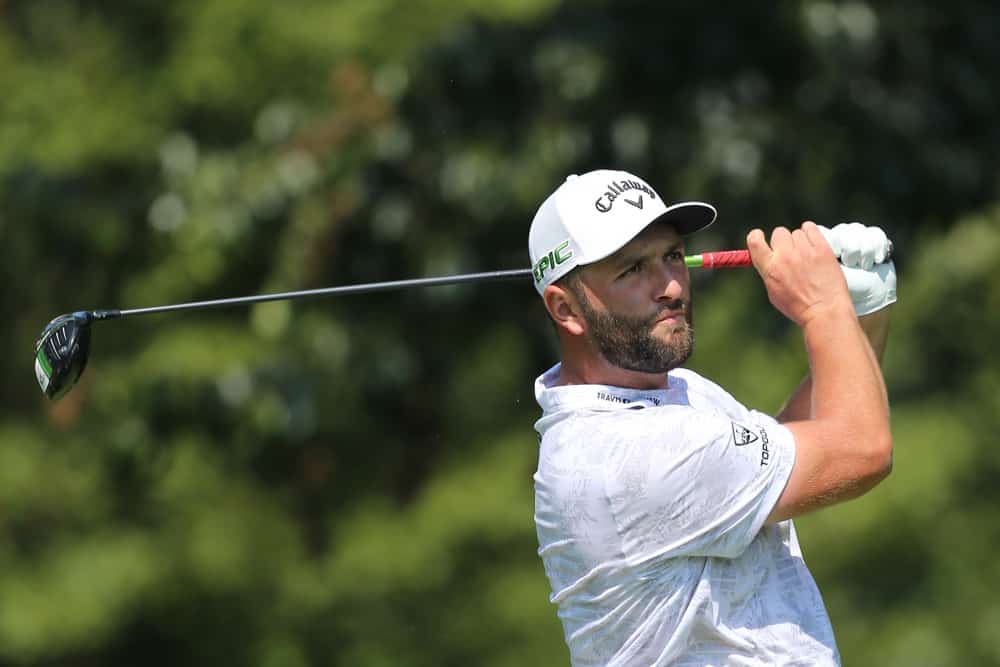 The Tour Championship Picks and Props

For those who missed it, check out The Tour Championship Preview and Betting Strategies for the types of golfers you should look to target for your picks. Using that as a guide, let’s take a look at some of the best bets to make this week. Here are my picks for The Tour Championship (odds courtesy of PointsBet and DraftKings).

Here are a few trends and stats to keep in mind when betting who will win the FedEx Cup:

Trend #1: If staggered scoring had been utilized for every Tour Championship since 2007, 12 of 13 outright winners would have started the tournament at least -4. Luke Donald (-4) and Jim Furyk (-3) would have squared off in a playoff in 2010 for the FedEx Cup title. Furthermore, 11 of 14 would-be winners were inside the Top 5 heading into the Tour Championship.

Trend #2: Since the 2008 renovation (which made East Lake significantly tougher), if staggered scoring was in effect 7 of 13 FedEx Cup winners would have also had the low 72 hole score at The Tour Championship. Of the six who didn’t, only Luke Donald in 2010 would have started the tournament outside the Top 5. And his performance only would have been good enough for a playoff with Jim Furyk.

Trend #3: Since 2008, if staggered scoring had been in effect the winner of the FedEx Cup gained an average of 9.3 strokes on the field. Considering course conditions in 2021 are similar to last year, that translates to an average tournament score of 266.3 or -13.7 under par.

These numbers are important to keep in mind when handicapping the field. This reveals a player’s true ceiling when factoring in the starting score. It also reveals what the minimum opponents would have to do to match it. As a general rule of thumb, a player starting at -3 or worse would need to hit their ceiling and get significant help up top if they were to go on to win the FedEx Cup.

Let’s give the following example of how to incorporate these trends:

Let’s assume that Xander Schauffele (who starts the tournament at -2) records the lowest tournament score and gains the average number of strokes on the field of all 72 hole winners since 2008. That combined with his starting score would put him at roughly -17 for the tournament. For him to also win the FedEx Cup, all four of Patrick Cantlay, Jon Rahm, Bryson DeChambeau, and Tony Finau would have to significantly underperform their 50 round moving average of total strokes gained. He would also need relatively average or slightly above average performances from everyone ahead of him in order to also win the FedEx Cup title. Anyone ahead of him who also performed near their ceiling would beat him on the staggered start leaderboard.

With that in mind, here are the picks to win the FedEx Cup:

Of the Top 5 players, Jon Rahm possesses the best combination of strong current form, good course history, and the most wiggle room should a player behind him put up a very low tournament score. Even if he performed at his 50 round moving average, no one starting at -3 or worse would beat him on the leaderboard. He’s in a great spot as a chaser and surrounded by some players with questionable form. His results at East Lake are so-so. But much of what works at East Lake also works at Torrey Pines and Bellerive, two other Rees Jones projects. It’s chalk, but given trends of how past Tour Championships would have played out with staggered scoring, it’s a solid bet to make.

Like every tournament, Bryson is incredibly boom or bust. Last year did not go so well in his first bulked-up attempt. But there’s nothing about East Lake that suggests he can’t hit his ceiling and overtake Tony Finau and Patrick Cantlay. Bryson’s ball-striking over his last 12 rounds is astronomically high. And he has gained the most strokes per round on Bermuda greens of anyone in the field. He’s well within the window of who historically would have won the FedEx cup under the current format. Even at +550, it’s a solid bet.

It’s a risk, but if one has the ability to live bet this during the tournament, you can take the chance Rahm and DeChambeau get off to slow starts and catch a much better number. Last year, Dustin Johnson scuffled a bit out of the gate and could be had for a lower number. He eventually righted the ship, and his starting score proved plenty of cushion to win the Cup.

If a bettor wants to risk it, the only pre-tournament bet they should make is…

Of all the long shots in the field, Justin Thomas is the one most likely to mount a realistic comeback to win the FedEx Cup. Sure, Rory McIlroy and Xander Schauffele can also mount big comebacks. But they’re too far back. Not only would they have to hit their ceiling, but they’d also need significant help up top as well. While Justin Thomas also needs a lot of things to go well, his path is much more straightforward. He has both the natural ceiling and the good history at East Lake to do so. And he’s shown glimpses of a return to elite form over his last few tournaments. Of all the chasers, he’s one to back.

Rory is oh-so-close to putting it all together. He’s probably too far back to overtake the top of the leaderboard but he’s in a great spot to get the low tournament score. Rory’s ball striking has rounded into form and he’s found some magic with the putter. And his course history at East Lake is bested only by Xander Schauffele. At 12/1, he’s a solid pick to be the lowest over four rounds at the Tour Championship.

Sam Burns form is red hot. He’s putting up very solid tee-to-green numbers and returns to his best putting surface. While he’s never played East Lake as a professional, that didn’t stop Scottie Scheffler from recording the 2nd lowest score as a debutant in 2020. He starts at -4 and is in the window of those who win the FedEx Cup. And if he is the low 72 hole scorer, an improbable FedEx cup title at longer odds is possible. But with all the talent up top, a more likely 30/1 play on a low 72 hole score and no FedEx Cup title is still an appealing option.

He’s peaking at just the right time. And like Sam Burns, he heads back to a Bermuda golf course that historically treats him kindly. Sungjae Im made noise at least year’s Tour Championship, only to falter on the weekend. But given how well his ball-striking has been over the last few tournaments, a high upside performance to capture the low 72 hole score isn’t out of the cards.

Patrick Cantlay starts 4 shots ahead of Jon Rahm, but historically has not had good success at Bermuda golf courses. Cantlay also has struggled in his three appearances at East Lake. His best 72 hole score is even par. If he struggles again, Jon Rahm should easily overcome the 4 shot deficit and cash this matchup.

Both start the tournament at -4, but each is heading in opposite directions. Justin Thomas has found a little form with the putter to match his usually elite ball-striking. Meanwhile, Spieth is struggling with his ball-striking. Over his last 12 rounds, Spieth is losing 0.75 strokes per round combined off the tee and with his irons. That’s a no-no at East Lake. Justin Thomas is the pick to prevail in this Tour Championship head-to-head.