The UFC returns this weekend after leaving us high and dry with no octagon action last Saturday. So let’s make up for lost time and compile a killer UFC Vegas 34 DraftKings lineup for this weekend’s card, post haste. I’ve stacked my lineup with all the top average point earners (FPPF) that I’m predicting to win their fights this weekend, and I still have $1,000 to spare. Efficient. Effective. 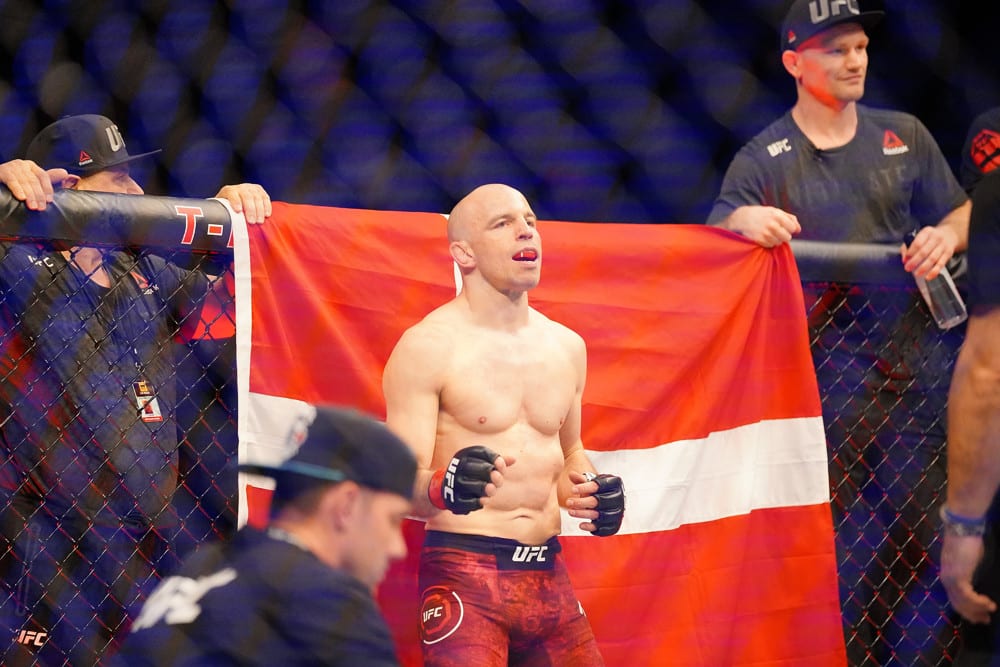 My big-ticket item of the weekend is former Olympic silver medalist in Greco-Roman wrestling, Mark Madsen. Madsen is up against grizzled, crafty veteran Clay Guida, who himself is a very decent wrestler. But there are levels to this game, and if Guida tries to get into a wrestling match with Madsen he’s going to lose. As an added bonus, Madsen is the top average point earner on the card, averaging 98.6 FPPF over his two UFC appearances.

Trevin ‘5 Star’ Jones has the good fortune of fighting a short-notice replacement making his UFC debut on Saturday, Saidyokub Kakhramonov (aka Said Yokub). Late replacement fighters only win 40% of the time, so the deck is stacked in Jones’s favor. Plus, he’s finished both of his UFC foes via TKO (the first being overturned because he popped for marijuana), putting up 94 points in his last fight.

Bea ‘Bad News Barbie’ Malecki is a decorated Muay Thai fighter just dipping her toes into professional MMA (her record is either 4-0 or 2-0 depending on which source you trust). However, she’s been impressive in her UFC appearances thus far, average 91 points per outing, including 100 in her last fight. She’ll be fighting newcomer Josiane Nunes on Saturday, a fighter who likes to get into wild brawls.

Vince ‘From Hell’ Pichel is my next pick up, at a very nice price. His career is on the uptick, as he’s won his past two and six of his last seven, and I expect him to beat Austin Hubbard on Saturday. He’s also capable of really hot runs of fantasy points, putting up 115, 116, and 108 points in three consecutive fights in the past. Plus he averages a very solid 72.4 FPPF.

Time to grab some cheap underdogs that I’m counting on big things from on this card. Brandon Royval fights like a wildman in the cage, and his opponent Alexandre Pantoja will probably get sucked into that kind of fight. ‘Raw Dawg’ is also a finisher, rare for a flyweight, ending 11 of his 12 pro fights via finish. In his first two UFC fights, he put up 91 and 111 fantasy points. Nice.

I’ll take a cheap flyer on a big-hitting heavyweight with my last purchase. Parker Porter is an underdog against Chase Sherman on Saturday, but I think he’s got the all-around skills to beat Sherman and possibly finish him. He put up 106 points in his last fight, so let’s hope for an encore.