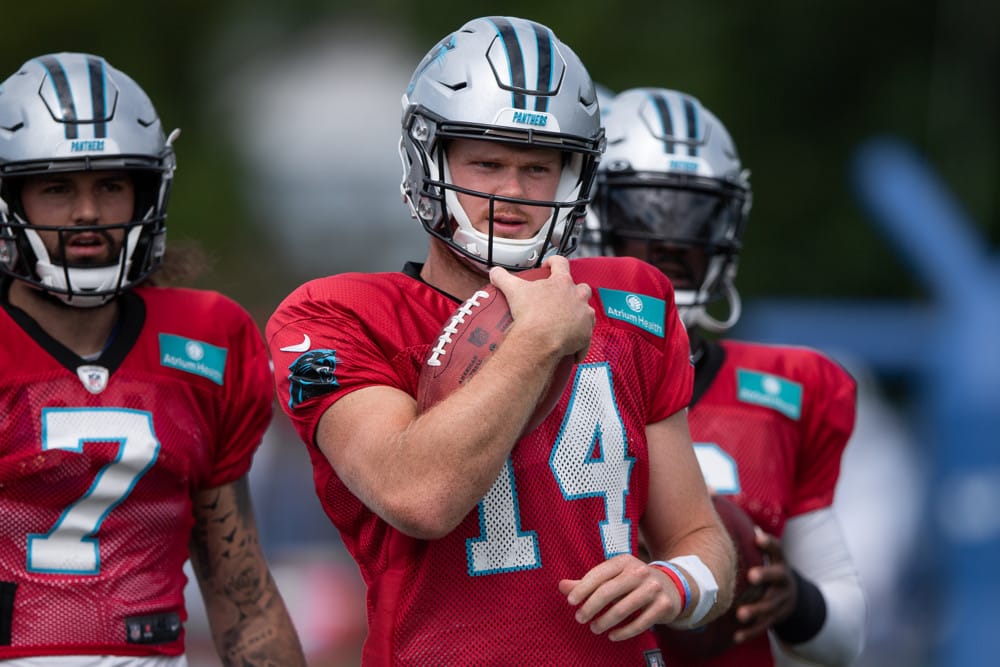 Welcome to Episode 21 of the SGPN Fantasy Football Podcast! This week, Terrell Furman subs in for Rod Villagomez to chat with Dan Titus of the Action Network. Terrell and Dan debate 10 mid-late round sleepers and 10 early-round bust candidates heading into the season. This week, Terrell and Dan go back and forth regarding their takes on why Gabriel Davis is primed for WR2 upside, why Amari Cooper is an easy fade, and Sam Darnold’s path to QB1 status against the Jets in Week 1. It doesn’t get spicier than that!

Jakobi Meyers and AJ Dillon lead the sleepers list but does Justin Fields have top-10 potential as the starter in Chicago? Is Chase Edmonds a reliable RB2? Jakobi Meyers and AJ Dill Could Will Fuller emerge as the top wideout in Miami? Draft season is upon us, and the guys break down these questions and a lot more on this week’s episode of the SGPN Fantasy Football Podcast.

If you’re new to the show, you’re in for a treat. Our show flows a little differently than most. It’s the fast-paced, hard-hitting fantasy football conversation you need to win your league.

As always, make sure to subscribe to the SGPN Fantasy Football Podcast on Apple and Spotify. Find Terrell (@reallyrell__) and Dan (@dantitus) on Twitter.