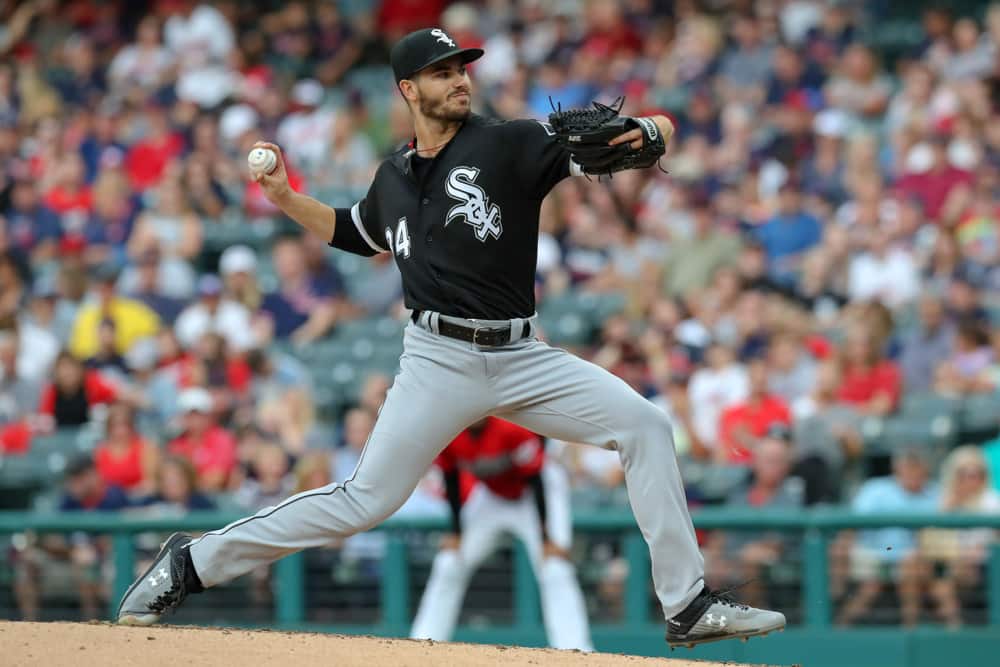 We’re back at it again for another MLB DFS slate for Sunday Night baseball. This week features the crosstown rivals in the windy city. These two teams may be on completely opposite trajectories, but it’s never a dull game when the White Sox head to the North Side.

As I said last week, pitchers are always the safest play in the captain spot during these MLB DFS Showdown contests. They don’t always pan out as the largest scorer, but if you’re looking to get in the green, pitchers are the way to go. It doesn’t hurt that the South Side starter this week just happens to be a top 10 guy in the league in strikeouts. He’s cracked double-digits twice in his last four starts and with the diminished lineup of the Cubs, he should roll to another 10+.

With the White Sox’s lineup hitting so well and with Davies having a couple of rough starts in a row, this price tag may not look all that tempting. However, Davies has seen a surprising uptick in his strikeout totals recently. Ignoring his disastrous start against the Rockies last time out, Davies notched 8 Ks in the two starts prior. Even if the White Sox rip him for a few dingers here (as I kind of think they’ll do), high strikeout totals will probably still earn him a play here in this MLB DFS slate.

When you go with the double pitcher MLB DFS Showdown lineup, you usually can’t afford many big hitters. The cost piles up fast with a pair of arms, so you’re going to need someone with lower cost. Jimenez is the perfect fit for that situation – he’s got doubles in each of his last three games. Despite his home run total being a little low this year, he’s still a big fly threat. So not only are you getting someone here on a pretty reliable run, but you’re getting someone who could put up a gaudy number too.

Ortega went 0-3 on Saturday against the White Sox. It was the first game since July 28th that he hadn’t had at least one hit. That run includes a four-hit game against Washington, where he knocked in five and scored nearly 50 fantasy points. You get all that offensive consistency here, plus you get the added bonus of Ortega hitting in the leadoff spot. He’ll snag an extra AB over a lot of other picks and he’s been making them count.

Vaughn got the day off to make room for Jimenez in the outfield on Saturday. Jimenez, working back from a groin injury, has primarily been a DH. Because of how hot he’s been, I think Vaughn should find his way back into the lineup today. He’s hitting over .330 in his last 30 games and has 16 RBI in those games. He’s had 20 multi-hit games for the South Siders this year already. That alone makes him an enticing MLB DFS play. Costing you only $5,000 doesn’t hurt either.

It’s not often that I’ll call a guy who only costs $4,000 in an MLB DFS slate “must play”, but Frank Schwindel is the easiest “must play” in this game. Since the Cubs fire sale, Schwindel has stepped in as the everyday first baseman for them. The regular reps are paying off in a big way with Schwindel rattling off a five-game hit streak with a double and a dinger mixed in there. The fact that production like that costs the same as an off-day pitcher would is crazy talk.

Make sure to check out all the great MLB coverage we have to offer and be sure to listen to the MLB Gambling Podcast, which airs twice a week. This week the guys are breaking down the AL Wild Card picture.