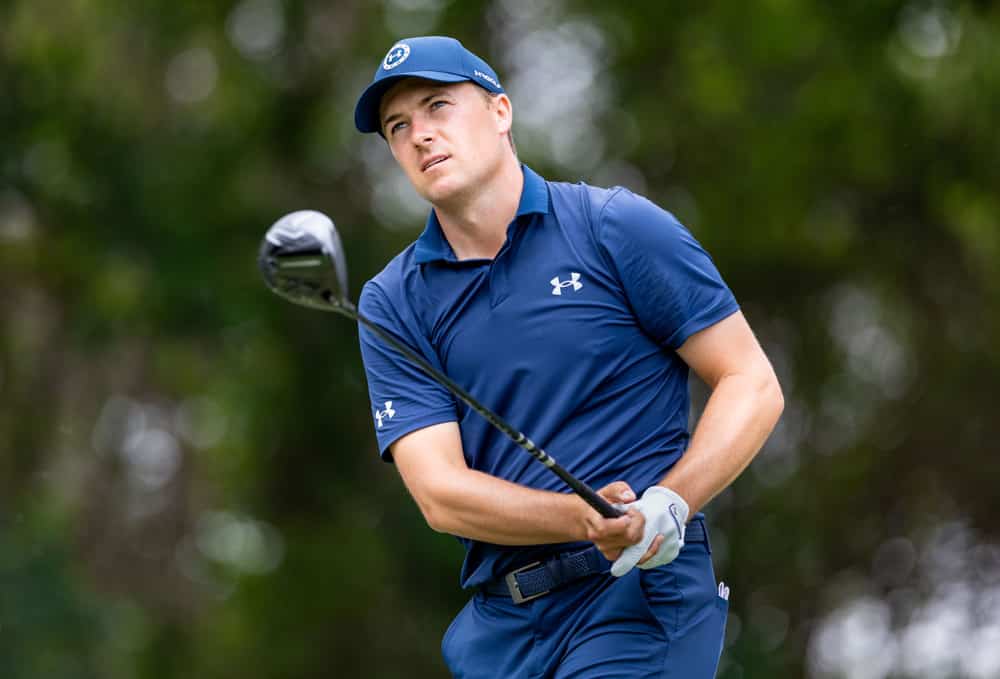 For those who missed it, check out the WGC FedEx St. Jude Classic Preview and Betting Strategies for the types of golfers you should look to target for your picks. Using that as a guide, let’s take a look at some of the best bets to make this week. Here are my picks for the 2021 WGC FedEx St. Jude Invitational (odds courtesy of PointsBet and DraftKings).

Jordan Spieth checks almost every box of would-be contenders at TPC Southwind. The issue for him is driving accuracy. But at the Open Championship, Spieth drove the ball beautifully. He hit 66% of his fairways, one of the better clips in the field of those who made the cut. He also is now trending in the right direction in Strokes Gained – Off-the-Tee. Over his last 12 rounds, he’s gaining 0.32 strokes per round in that metric. With an improvement off the tee combined with all-world iron play, he’s in a great spot to pick up his first WGC win at the FedEx St. Jude Invitational.

It’s unfathomable to think Louis Oosthuizen can play as well as he has for so long and come up empty in the winners’ column. Over his last 50 rounds, Louis gains 1.64 strokes per round on the field. Over his last 12 rounds, he’s gaining over 1.2 strokes per round with his ball-striking. And he has awesome course history at TPC Southwind. With many in the field coming off a grueling four-day stretch in hot Tokyo weather, Louis comes into the WGC FedEx St. Jude Invitational fresh. Maybe this is the week to pick Louis to finally get a win at the WGC FedEx St. Jude Invitational.

Scottie Scheffler is going to get his first win very soon. His elite level of play is indicative of big things for him. And he’s in the mix a lot in tournaments. Over the last two years, Scheffler has entered the final round within 5 of the lead 13 times, with many of these in big events. That’s tied for 2nd with Bryson DeChambeau, Tony Finau, and Justin Thomas, and trails only Rory McIlroy in that metric. Scheffler has all the tools tee-to-green to win at a golf course like TPC Southwind. This could be the week he does it.

I don’t like Bryson DeChambeau at a golf course like TPC Southwind. This is one of the few courses where driving accuracy matters. He’s never played well at TPC Southwind either. His form coming in is mediocre. And who knows what shape he is in coming off of COVID.

But 35/1 for a golfer that possesses a Top 5 ceiling of anyone in the field? Come on. I can talk myself into the narrative that all of us “golf course experts” are wrong and he indeed can bomb and gouge this place to death. Like at Winged Foot. Or Bay Hill. Both those are tracks with the reputation of “gotta keep it in the fairway”. And Bryson blew the doors off of everyone. Plus, if it wasn’t for poor final rounds at the PGA Championship and the U.S. Open, we probably would be looking at him from a much different lens than we are now.

Bryson fits the mold of the big baddie with unlimited talent that wins WGC events. At this price, Bryson DeChambeau is an auto-bet even if he isn’t a “course fit”.

Betting Dustin Johnson Top 10 at a WGC and a golf course he’s great at is a no-brainer. So what he missed the cut at the 3M Open. That was one week after the Open Championship. He’s had two weeks to rest and recuperate and fix whatever ailed him at TPC Twin Cities. Don’t overthink it. Pick Dustin Johnson for a Top 10 at the WGC FedEx St. Jude Invitational at +175.

Paul Casey returns from Tokyo empty-handed after losing a 7-way sudden death for the bronze medal. While he played excellent over there, I’m banking on some fatigue. Temperatures will be hot and steamy in Memphis just like they were in Tokyo. He could be lackadaisical at a golf course he doesn’t have too much success at.

Meanwhile, Webb Simpson seems like he’s on the upswing of things. After battling a neck injury around the Wells Fargo Championship, Webb played well over at the Open Championship. If he’s right, he’s a serious threat to be in the mix at the top of the leaderboard this week. Pick Webb Simpson to beat Paul Casey straight up at the WGC FedEx St. Jude Invitational.

Tyrell Hatton seems like he’s reverting back to his mean. For almost a year he was one of the best golfers on the planet. But besides a T2 finish at the weak fielded Palmetto Championship, his results the last few months are horribly mediocre. Meanwhile, Harris English seems like he’s back to where he was throughout 2020. Harris English also is a former winner at TPC Southwind and has a game that fits the course beautifully. Pick Harris English to beat a slumping Tyrrell Hatton at the WGC FedEx St. Jude Invitational.