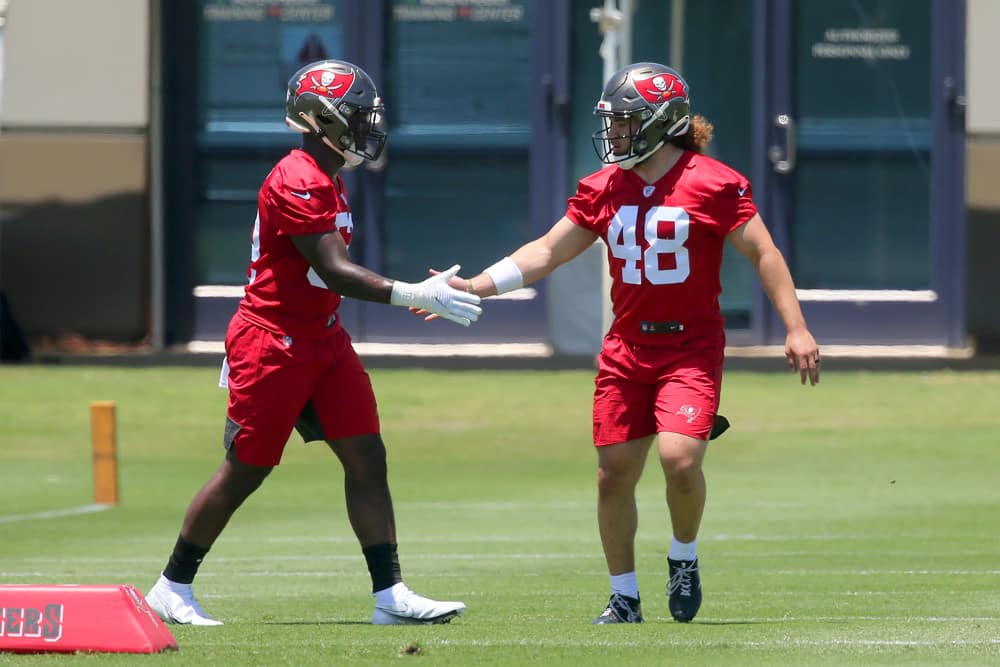 In the upcoming NFL season, nearly 44-year-old Tom Brady returns to defend a Super Bowl title for the ridiculous seventh time. It shouldn’t be possible but thanks to Avocado ice cream, chia pudding, and a spouse worth almost a half billion, the golden boy has cut the fat to the tune of six rings.

This offseason proved no different as Brady signed yet another contract that afforded his team more financial ammunition. In this case, the Buccaneers obtained $19.3 million to bring the band back again. The move kicks the inevitable tax bill down the road but in the present, the Bucs return as NFC favorites (+310) outright and to win the most games (+270) according to legal sports betting apps.

The Boys Are Back In Town

After taking the Super Bowl over the new wunderkind, Patrick Mahomes, Tampa Bay doubled down on their championship recipe. Basically, every major contributor to last year’s championship team re-upped for another run at “going to Disneyland.”

On paper, bringing back Shaq Barrett, Chris Godwin, Lavonte David, Ndamukong Suh, Antonio Brown, Leonard Fournette, and Gronk only spells trouble for the opposition. However, there’s the natural question of whether these newly crowned champions will return with the same level of motivation.

According to The Athletic, the Buccaneers are bringing more starters back than any other Super Bowl champion in history. Especially defensively, that should create a nightmare for opposing quarterbacks. Offensively, Brady enjoys another embarrassment of riches to work with. However, despite winning the Super Bowl and putting up respectable numbers all year, the Golden Boy finally showed some signs of slowing down.

The NFC championship game, in particular, elicited a chorus of old man jokes as Brady and Brees both struggled to put up points. BetRivers sees the GOAT’s chances of winning the MVP (+1200), OPOY (+200), and racking up the most passing yards (+950) as remote.

Although, perhaps with a full year and training camp to get in tune, Brady throws down the gauntlet one more time with his arsenal of wideouts and running backs. Either way, the team’s odds for success appear even more enticing…

In the NFC South, BetMGM made the Buccaneers a heavy favorite at (-200) and their Super Bowl odds are at (+700). Their major competition remains the Saints who just replaced a Hall of Famer with a guy who threw 30 interceptions in his last full season. They also set Tampa Bay’s O/U at 12, which looks mighty tasty when you consider one ESPN projection that ranked the Bucs’ strength of schedule as the easiest in the NFL.

The schedule fairies blessed the Super Bowl champs with the NFC East and AFC East, two of the weaker divisions in all of football! The luxury of playing the Giants, Jets, Patriots, Eagles, and Texans along with their own weakling division and you can understand the favorable projection. So the century of Brady just keeps on ticking… Love em or hate em, you might as well make some money off of him.