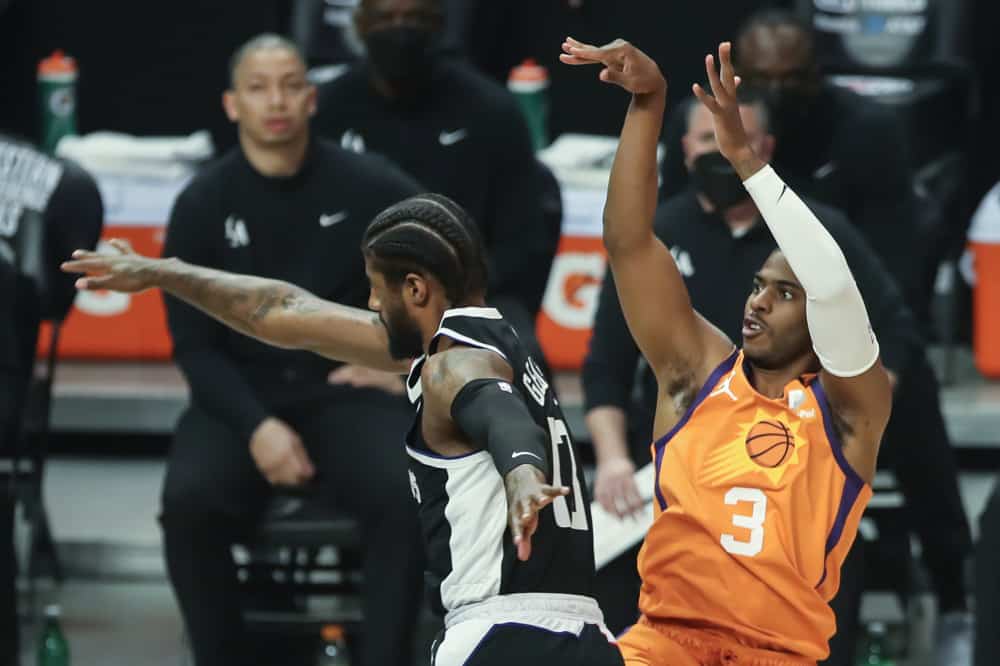 This series got a lot more interesting as the Milwaukee Bucks got the Game Three victory against the Suns. I am coming off a 2-1 Game Three player props betting night and hope to continue the winning ways for tonight’s Game Four. Let me dive right into my NBA Finals Game Four player prop bets for tonight!

Chris Paul is averaging 8.7 assists through the first three games of the NBA Finals. However, I believe tonight is a game where Chris Paul will have a double double. Deandre Ayton was in foul trouble for most of Game Three and Devin Booker did not play at all in the fourth quarter of that game. As a result, I fully expect Booker and Ayton to have a better scoring night and play significantly more minutes. I expect Chris Paul to get Devin Booker and Deandre Ayton involved early and often.

I am back on this prop with Cam Johnson. Johnson has seen an increase in minutes due to the injury to Dario Saric. As a result, Johnson is flourishing in the increased minutes. Johnson had a stretch where he knocked down two three-point shots in three straight games prior to Game Three. Prior to the NBA Finals, Johnson shot 62.7% from the three-point line in the Western Conference Finals. In the first three games in the NBA Finals, Johnson is shooting 40% from beyond the arc.

Pat Connaughton Over 1.5 Three-Point Shots Made