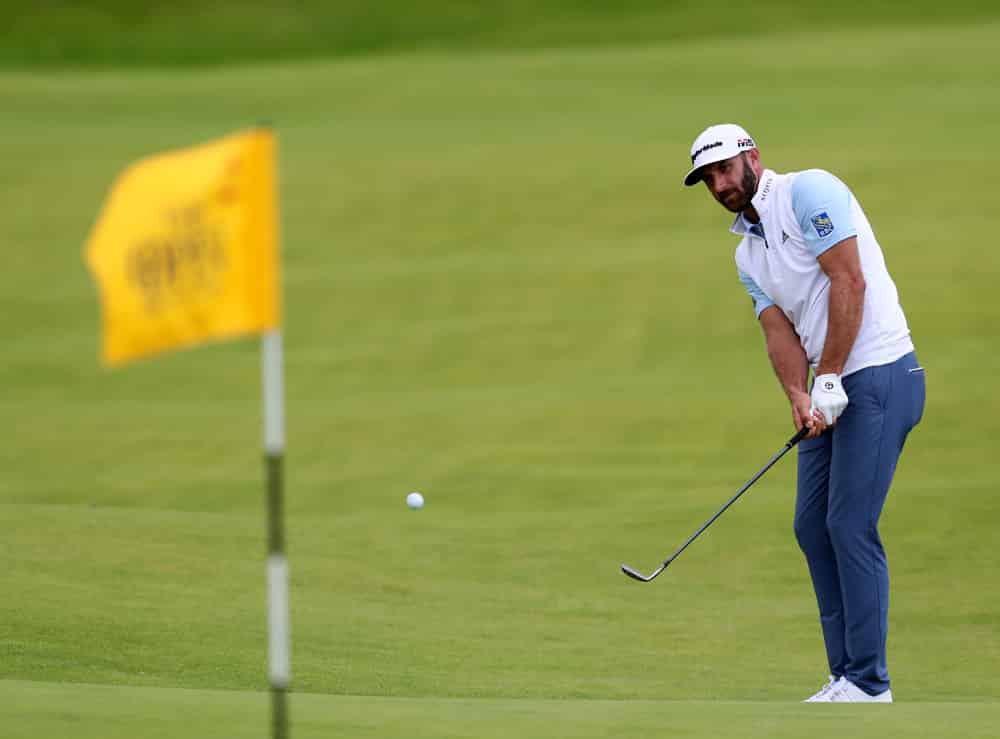 Prop bets can be one of the most profitable avenues for gamblers at a golf tournament. And at the Open Championship, the books pull out all the stops and allow someone to bet on almost anything.

Here are some of the best prop bets for the Open Championship (odds courtesy of PointsBet and DraftKings).

Since 2009, Dustin Johnson has failed to have a Top 10 at a major only once. That came in 2017 when a bizarre back injury forced him from the Masters and killed all his momentum. This Open Championship is setting up to be a tough grind on a golf course that isn’t very liked by the players. Dustin Johnson has the experience, the talent, and the mental fortitude to put all that aside. Bet him at +220 to finally return to the Top 10 at a major venue.

Justin Thomas was superb last week at the Scottish Open. But those were in soft and calm conditions. While Royal St. George’s is soft from all the rain it received this year, the winds are forecast to be pretty significant. Justin Thomas might fool some people into thinking his performance last week is indicative of success at the Open. Don’t be among them. Justin Thomas has already missed the cut in two of the four Open Championship he’s competed in. At +350, it’s a reasonable value for him to miss another weekend.

Here is the current forecast for the first two days of the Open Championship:

These resemble the wind conditions seen over the weekend at the 2011 Open Championship at Royal St. George’s. The average score over the weekend of players to make the cut was 74.1, or about +4.1 over par.

Golfers have gotten about a stroke per round better since then. Let’s then assume that we lop off a full stroke on that average for an average score per round of 73. That’s a +6 field average. Taking off another stroke to compensate for dreadful golfers at the bottom of the leaderboard dragging down the average, and the projected cut line should be +5, or 145.

This prop opened at 143.5 before shooting up immediately to 144.5. I still like the over regardless of the line movement, especially if the over 144.5 is EVEN money.

In 2011, only four players finished the 2011 Open Championship under par. That year, the field benefitted from calm wind conditions over the first two rounds. Not only will they see tougher first and second round conditions than they saw in 2011, but they’ll also see this forecast over the weekend:

These are even tougher than what was seen in 2011. While players no doubt are more talented and better equipped than they were 10 years ago, 15 players under par in these weather conditions on a tough golf course seems too optimistic. Take the under at -120.

Bryson DeChambeau is in a real tough spot. Royal St. George’s (and the Open Championship in general) is a test of patience. It also requires a competent caddie to advise players of changing wind conditions, places to land approach shots, etc. This isn’t a golf course Bryson can simply run over with power. Given his lack of success at Opens before and an inexperienced caddie on the bag, things aren’t looking bright for DeChambeau. Meanwhile, Patrick Cantlay has the demeanor and the talent to play very well at Royal St. George’s. Cantlay should beat Bryson straight up.

Fading Viktor Hovland is not an indictment of my opinion of him. He’s a tremendous player. But it’s a tall task for a player making an Open Championship debut, particularly in difficult conditions like we’ll see this week, and fare well.

Many top players struggle in their first Open Championship as a professional. Dustin Johnson, Brooks Koepka, and Bryson DeChambeau all missed the cut. The best finish anyone out of Jordan Spieth, Jon Rahm, Rory McIlroy, and Justin Thomas could muster in their first starts as a professional was a T44. Even Tiger Woods only managed a T24 finish in his first Open, the same year he had already won the Masters.

Not only does Viktor Hovland have zero Open Championship experience as a professional, but he also has very little true UK links golf experience period. He’s never played in the Alfred Dunhill Links Championship. He’s never played in the Scottish Open. Nor the Irish Open. Sure he’s played well on coastal tracks like the Saudi International, Pebble Beach, Grand Reserve, or the Mayakoba. But those aren’t true UK links golf courses.

Meanwhile, the weather conditions and golf course are setting up to be a good Patrick Reed week. On golf courses where the field misses a high percentage of fairways and greens, like what’s expected this week, he’s been very good. He should beat Hovland on the final leaderboard.

Robert MacIntyre -120 over Will Zalatoris

All the sentiments I said about Viktor Hovland can apply to Will Zalatoris. Unlike Viktor Hovland, however, Zalatoris’ form has really fallen off. A lot of his struggles is being made of really poor form with his putter. But even his ball-striking has fallen off a cliff too. Over his last 16 rounds, Will Zalatoris is losing 0.16 strokes per round to the field with his irons. That’s a bad omen ahead of the Open Championship. Meanwhile, Robert MacIntyre is playing well and has at least shown success in an Open Championship before. Take him over Will Zalatoris in your head-to-head.