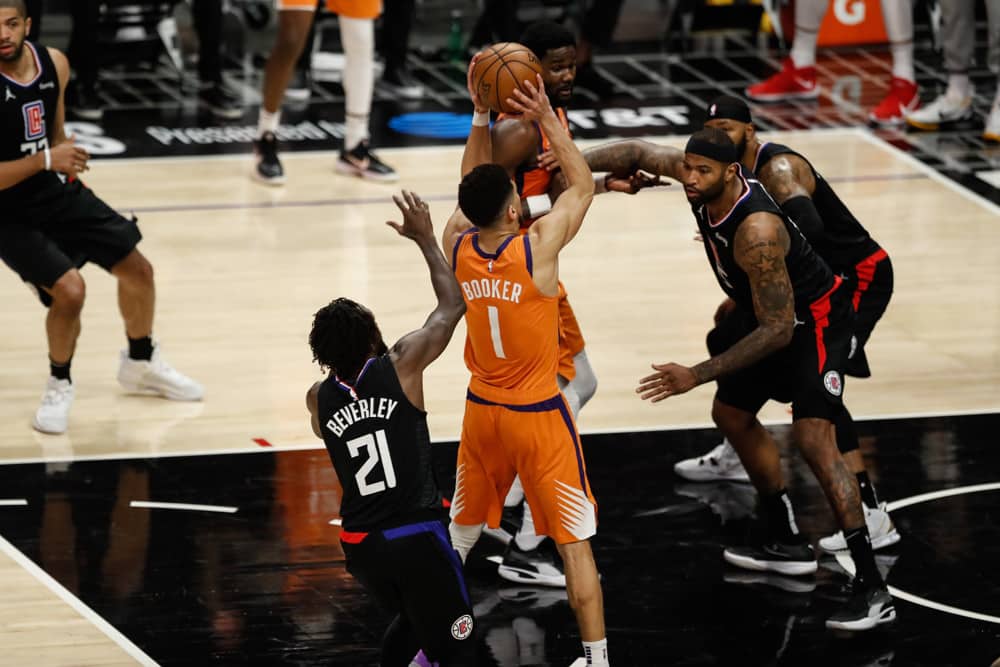 Devin Booker’s skills have been on full display in the playoffs. Specifically, in Game One of each series in the playoffs this season Booker has been nothing less than spectacular. In fact, in Game Ones he is averaging 31.6 points, 8 rebounds, and 9 assists per game. I know it is a small sample but I believe the extra rest so far has been more beneficial than creating rust for the Suns. I expect Booker to have another big night for the Suns tonight in Game One of the NBA Finals tonight.

Devin Booker spoke about the time he met Kobe, and how he told him to "be legendary." @DevinBook pic.twitter.com/Op3dm6Lzp7

Now more than ever is where the role players of each team will need to step up. Insert Mikal Bridges. Bridges did not have a great shooting series against the Clippers in the Western Conference Finals. However, during the regular season against the Bucks, Bridges knocked down eight three-pointers out of 10 attempts. In fact, during the playoffs this season in home games Bridges is shooting 38% from the three-point line, knocking down 17 3’s in seven playoff home games.

Khris Middleton has been huge for the Bucks since Giannis went down. Now, with Giannis doubtful for Game One, the Bucks will rely on Middleton again to lead the way. If the Bucks are going to have a puncher’s chance to win Game One it will have to be on the back of Middleton. Furthermore, in the two games in the playoffs without Giannis, Middleton is averaging 29 points, 8.5 rebounds, and 7.5 assists. Many are pegging Middleton to win the Finals MVP if the Bucks go on to win and that will have to start with a huge night in the box score.

The Bucks will more than likely be without Giannis tonight. In the two games without Giannis, the offense seems to have more of a flow and the role players of the Bucks have stepped up. It is a small sample but in Game Five and Game Six in the Eastern Conference Finals, the Bucks scored 123 and 118. I believe there will be more pace tonight with both teams playing loose.