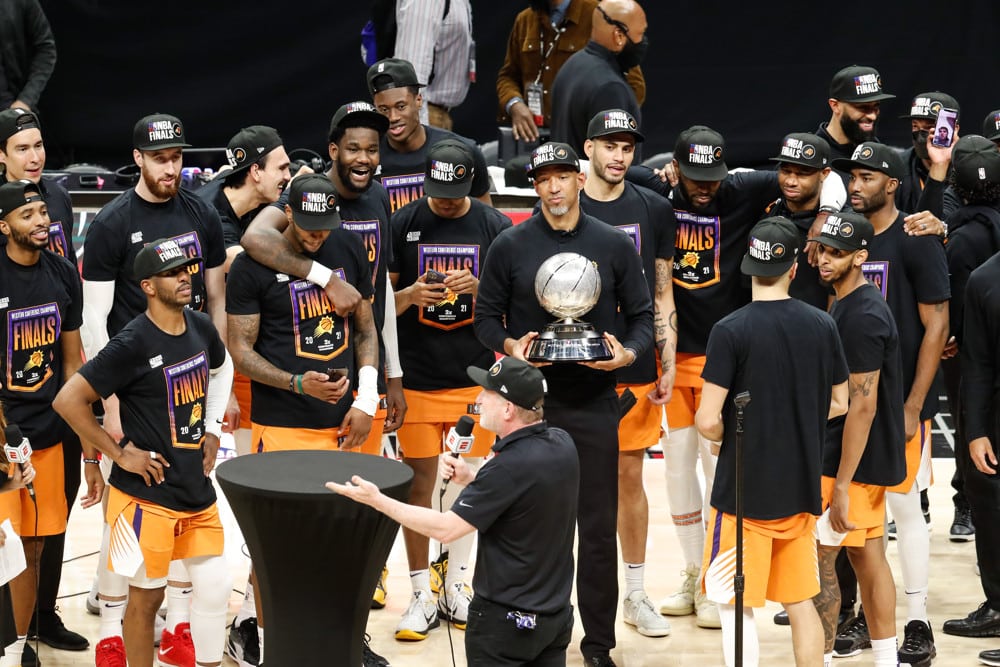 The NBA playoffs are near their end. We just have the NBA Finals ahead of us. “Just.” For basketball fans across the world, this is the culmination of the entire year and the Las Vegas odds show that it is very much the same case for bookmakers.

Game 1 of the series between the Suns and the Bucks takes place on Tuesday night in Arizona. The Suns are fired up as never before, and we can say the same thing about the guests from Wisconsin. They are a little bit worried because of Giannis, but everything suggests that the two-time NBA MVP will play in this match. We are bringing a short preview of the opening match of the 2021 NBA Finals in the next few paragraphs.

Giannis should be back, that is the first thing we want to tell you here. The information we’ve gathered from Milwaukee suggests that the Greek Freak should be available for Game 1. Now what would be his state, we don’t know.

Without any doubt, Giannis is the leading star of the Bucks, but the one who makes the difference on the floor is Khris Middleton. If you watched Bucks’ previous series and games, you would notice that when Middleton delivered 25+ points, Milwaukee would most definitely win. His average in the playoffs is 23.4 points, with 8 boards, but when he enters the zone, the Bucks are winning. Just remember the third period of Game 6 against Atlanta.

Also, one big factor in Milwaukee’s game is head coach Mike Budenholzer who is fantastic when it comes to setting up the mismatches in the offense. The two-time NBA Coach of the Year made the Bucks’ offense very diverse.

The Suns are flying into the series on Chris Paul’s wings. The fantastic playmaker, and arguably one of the best in the history of the game, was terrifying in the last couple of weeks. At first, he started as an assistant and the point guard, before taking over in the attack over the latest couple of games.

We will remind you that CP3 had 41 points in the closing game of the series against the LA Clippers. At Staples. He’d miss just one three-pointer in eight shots, hitting 16 of his overall 24 attempts.

The two other guys who need to be mentioned here as well are the youngsters, Devin Booker and Deandre Ayton. D-Book is arguably the best shooter in the league at the moment. That is the best shooter who can create his own position. Meanwhile, the former No.1 pick is the guy who does all the dirty work (16.2 pts, 11.8 rebs) while also having impressive numbers in the attack, especially when it comes to shooting percentage during the playoffs 70.6%.

Judging by how these two sides played in the regular part of the season, when one point made the difference, this event should be interesting as well. Phoenix won on both occasions, at home 125-124 and 128-127 on the road.

What is noticeable is that both matches saw a high number of points. Now, we know that this is Game 1 of the Finals, but the overall style of play of both sides forces us to bet on over 218 points here. They both like to play fast, and once the game gets going, we expect to see a lot of buckets.