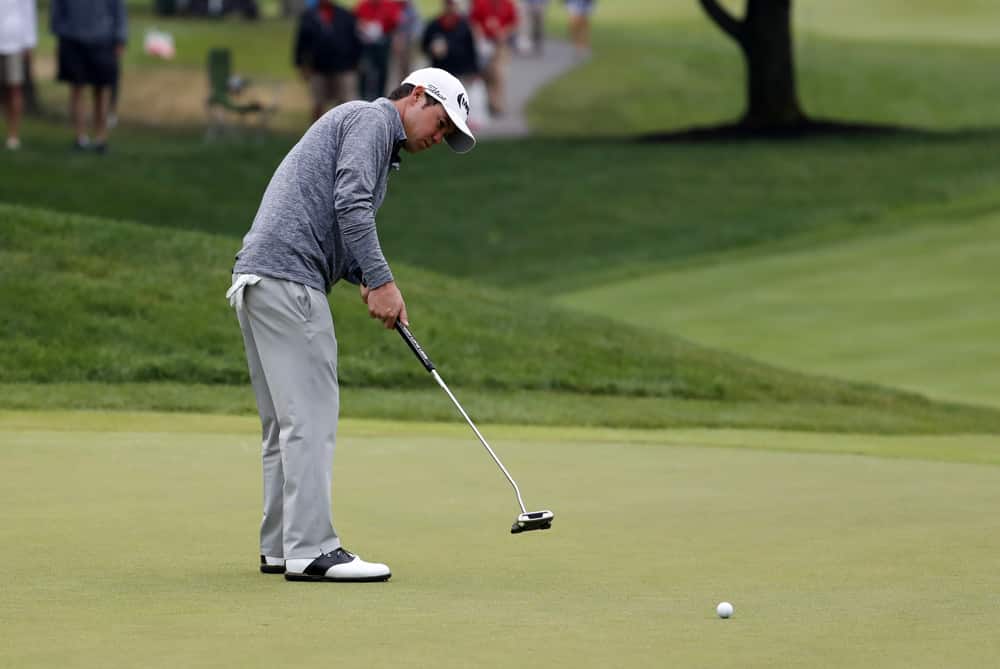 For those who missed it, check out the Travelers Championship Preview and Betting Strategies for the types of golfers you should look to target for your picks. Using that as a guide, let’s take a look at some of the best bets to make this week. Here are my 2021 Travelers Championship Picks (odds courtesy of PointsBet and DraftKings).

Patrick Reed possesses a tremendous amount of win equity. While maybe not the better per tournament player than a more consistent Patrick Cantlay or Paul Casey, he possesses significantly more upside than both of them. His odds to win the Travelers are longer than both this week. More than 20/1 on Patrick Reed, who has solid form both at the Travelers Championship and other short PGA Tour setups is a good pick to make.

Brian Harman hung tough last week at the U.S. Open. If it weren’t for a four-putt in the third round he would have carded his second career Top 10 at a major. He now flies across the country to a golf course that better fits his strengths. Harman is a solid short-mid iron player and doesn’t get in trouble off the tee. And he’s a tremendous putter to take advantage of good looks. That’s been a recipe for success before at TPC River Highlands for the lefty. In his career at the Travelers, Harman has three career Top 10 finishes. He’s a solid pick to finally win a Travelers Championship.

Wait on betting on Brian Harman though. Typically odds get a little longer on players with PM tee times. Depending on how the AM wave goes, Harman’s odds might creep between 30 and 35/1 by the time he tees off. Just set an alarm on your phone to bet Harman before he tees off at 12:10 PM.

Joaquin Niemann quietly enjoyed a solid U.S. Open. After a tough first round, Niemann battled back to shoot even par for the remainder of the tournament. He hit the ball great tee-to-green at Torrey Pines, only to be let down with his putter. Some positive regression on the greens should lead to a better result for the young Chilean. Not only does he have quality results at TPC River Highlands, but at another Bobby Weed design at TPC Summerlin. Pick Joaquin Niemann at 40/1 to grab his second career PGA Tour title.

Has the bubble burst for Charley Hoffman? After a torrid three-month stretch Hoffman has cooled off with back-to-back T57 finishes. Charley now travels to TPC River Highlands, which is a venue he’s had a good track record at. Hoffman finished runner-up to Marc Leishman in 2012 and has another T3 and T7 to his name there. Charley Hoffman has come close to returning to the winners circle a few times this year. This could be the week.

Francesco Molinari doesn’t have the best track record at TPC River Highlands. In three career starts his best finish is only a T25. But Molinari returned to action last week at the U.S. Open and performed valiantly. And after a near 18-month slump he flashed some of the elite earlier this season that he had during his torrid summer of 2018. Is he back? In theory, TPC River Highlands is a golf course that should suit his strengths if he’s on top of his game. He has plenty of opportunities to hit from the fairway and he’s tremendous with his short and mid-irons. Molinari putt well at Torrey Pines last week, and he tends to go on runs with that club from time to time. Not many players have as high of a ceiling at 70/1 as Francesco Molinari does this week.

If not for a frustrating Friday, Patrick Cantlay would have been in the mix to win the U.S. Open. Instead, he quietly worked his way up the leaderboard to a solid T15 finish. He has momentum heading into this week to play well at a golf course he’s done well at. He also has been deadly on both other short PGA Tour setups as well as Bobby Weed/Pete Dye designs. Cantlay is a solid pick to finish inside the Top 10 at the Travelers Championship.

Si Woo Kim is starting to get hot again. His form tee-to-green over his last 16 rounds is rounding into form and he hit the ball great at Torrey Pines. Not only has he been good at TPC River Highlands, but he’s also been solid on other Bobby Weed/Pete Dye tracks. At +275, a Top 20 finish for Si Woo Kim is a great bet.

Yes, Dustin Johnson won the Travelers Championship last year. But typically Dustin Johnson doesn’t play the week after the U.S. Open. He typically uses the period between the U.S. Open and the Open Championship for some much-needed R&R. Is he motivated to give his A+ stuff at TPC River Highlands? Meanwhile, Bryson DeChambeau dominates both Bobby Weed designs on the PGA Tour. He’s been great, both pre and post-bulk-up, at both TPC Summerlin and TPC River Highlands. These types of golf courses fit his eye. Bryson should bounce back from a disappointing U.S. Open final round and beat Dustin Johnson head to head at the Travelers Championship.

Scottie Scheffler is a very popular pick this week. And rightly so. He nearly won the Memorial and finished Top 10 at the U.S. Open. But his lone appearance at TPC River Highlands didn’t go so well for Scheffler. And besides, for a T3 finish at PGA West, his career on shorter golf courses featuring high field driving accuracy and greens in regulation percentages isn’t strong. Meanwhile, Patrick Reed closed the U.S. Open on a high note and has fared well at TPC River Highlands in the past. Pick Patrick Reed to beat Scottie Scheffler at the Travelers Championship.

The bubble may have burst for Cameron Tringale. After a very hot stretch of golf in the first half of the year, Tringale has cooled off tremendously. He also has a poor history at TPC River Highlands. Meanwhile, Aaron Wise continues to enjoy a solid stretch of golf going all the way back to the Honda Classic. Over his last 16 rounds, he has gained 1.43 strokes per round tee-to-green on the field. He’s also had better results than Tringale both at TPC River Highlands and similar shorter setups on the PGA Tour. Aaron Wise is the pick to beat Cameron Tringale at the Travelers Championship.