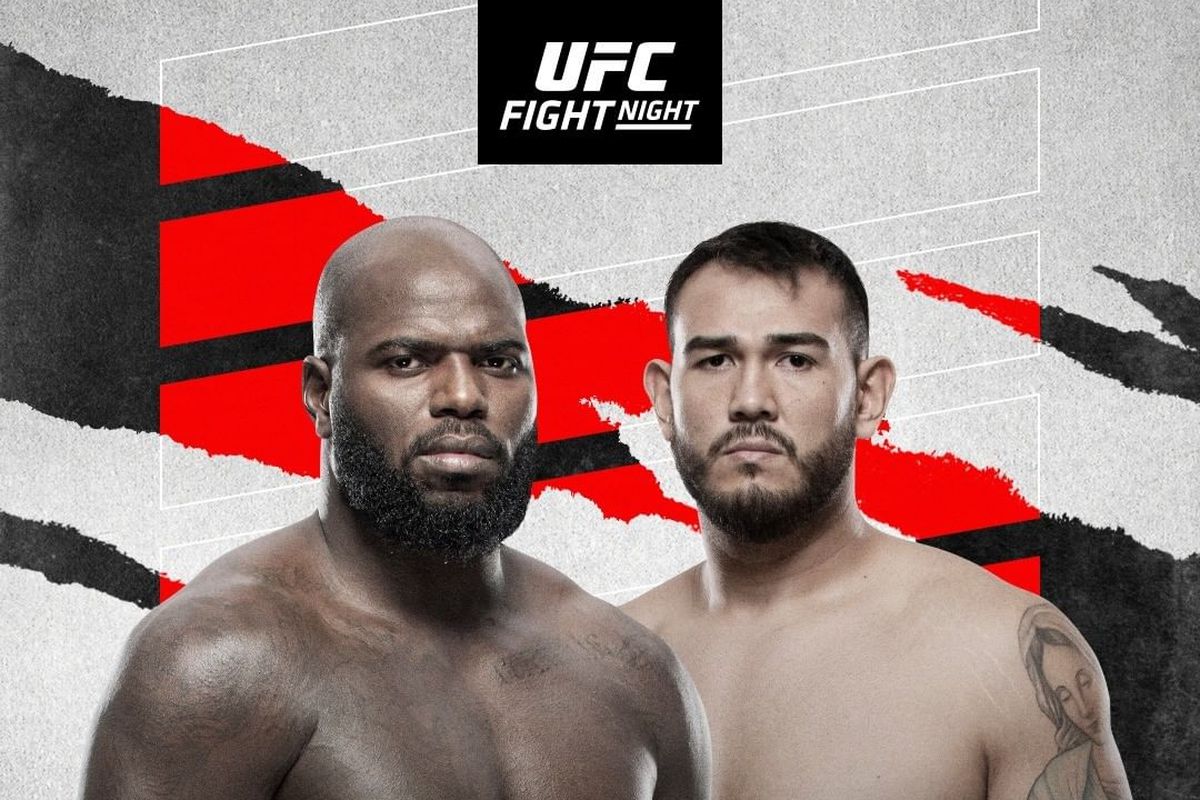 After a rare week off, the UFC is back with a fight card this Saturday from their UFC Apex gym in Las Vegas. So, naturally, I’ve got our UFC Vegas 28 predictions for you right here. And, after coming off a 7-4 performance at UFC Vegas 27, maybe I’m starting to heat up once more.

A thicc boi vs a #chunkyguy. And, as much as we love our #chunkyguys on The MMA Gambling Podcast, I’m siding with Jairzinho Rozenstruik in this heavyweight main event. ‘Bigi Boy’ is just going to be too physically powerful and explosive for Augusto Sakai to handle, and considering Rozenstruik has won all of his UFC fights via knockout, that might be a prop you want to get behind.

Another heavyweight tilt is slotted in as the co-main event. Marcin Tybura seems to be peaking, winning his last four fights, while Walt Harris is heading in the opposite direction. Add in the fact that Tybura has better striking and grappling stats, as well as being the more active striker of the two, and he emerges as my pick.

Laureano Staropoli will be coming up from welterweight for this middleweight fight, while Roman Dolidze used to fight at light heavyweight, so the size advantage will be Dolidze’s (he’s also an inch taller and has five inches of reach). The aforementioned striking and grappling stats are also in his favor, so we’ll give him our backing.

Santiago Ponzinibbio might have won seven of eight fights, but his last win was back in 2018. All the time on the sidelines due to injuries didn’t do him any favors last fight, as he did not look good and caught an L. ‘Caramel Thunder’ Miguel Baeza is younger and bigger and an explosive striker – bad news for The Ponz.

We’re backing another ‘Thunder’ in this fight in Dusko Todorovic. Fresh off winning the LFA Middleweight Championship just a few weeks ago, Gregory Rodrigues will be taking this fight – his UFC debut – on very short notice, which the stats say is not conducive to winning (late notice fighters have only won 37% of their fights in the past year and a half). Todorovic was a perfect 10-0 in his career before getting TKO’d last fight – I expect him to bounce back here.

Real simple analysis here – in his last five fights, Tom Breese has swapped losses with wins. Since he lost his last fight, he’s due for a W, right?! Plus I think he’s better than Antonio Arroyo, who is 0-2 in the UFC.

We’ve got another fighter debuting in the UFC on short notice here in Kamuela Kirk. It’s a real tough ask throwing him in there against ‘Mr. Finland’ Makwan Amirkhani. Amirkhani’s grappling is superb, and he’s far more experienced with this being his tenth foray into the octagon.

I’m backing another grappling wiz in this fight in The Ultimate Fighter alum Montana De La Rosa. I see her grappling carrying the day here against ‘The Queen of Violence’.

I tend to fade my fellow Canadians, but I’m backing Tanner ‘The Bulldozer’ Boser here against ‘The Sledgehammer’. First off, a bulldozer beats a sledgehammer in a fight, right?! Other than that, he’s also bigger, younger and a better striker than Ilir Latifi.

You’ve got to bet on a guy named ‘The King of Kung Fu’. Muslim Salikhov is my lock pick on this card, as he’s younger and an elite striker, plus the soon-to-be 43-year-old Francisco Trinaldo will be making his debut up at welterweight.

Former Cage Warriors double champion Mason Jones came into the UFC with a ton of hype behind him, only to lose his debut. I believe he gets his first UFC win here against Alan Patrick, who is 12 years his senior (younger fighters win their fights 60% of the time).

Tabatha Ricci will be making her UFC debut on three days’ notice against a beast – in fact, ‘The Beast’, Manon Fiorot. Fiorot is an elite striker and a top prospect in the UFC’s flyweight division. Easy pick.

I’m finally going with a dog here in Youssef Zalal. He’s dropped two-straight fights, but he’s got superior striking and grappling numbers to Sean Woodson, so I like him at plus money.

On a night of amazing nicknames, in the curtain jerker I’m taking ‘The Monkey King’ Jordan Leavitt. He’s got the striking and grappling to get the job done here against Claudio Puelles.