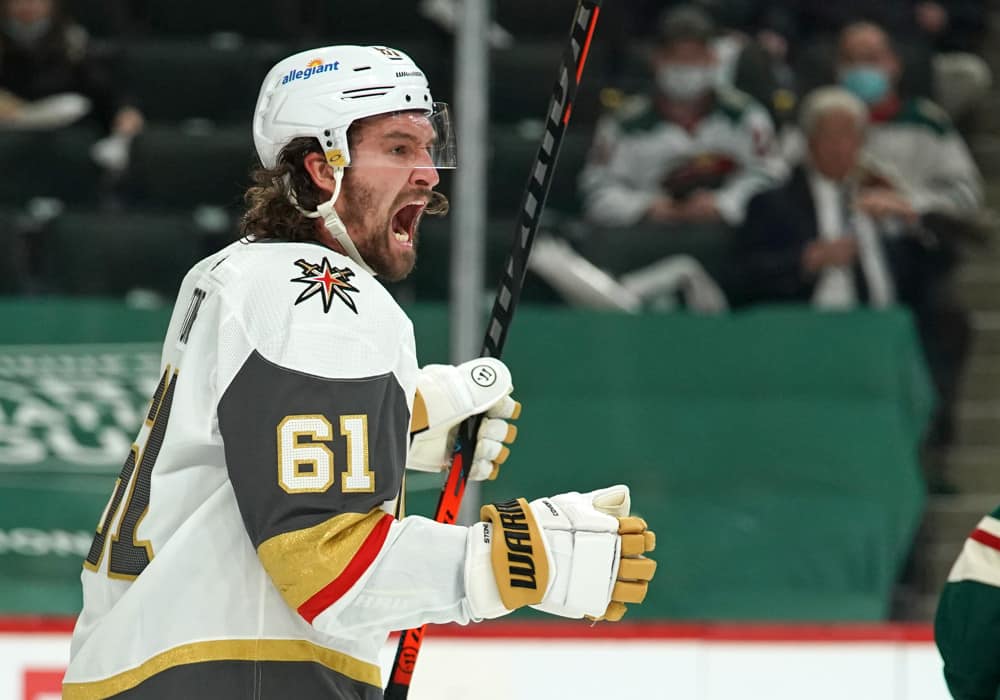 We have our first (of hopefully many) Game 7 of the 2021 NHL Playoffs. The Vegas Golden Knights host the Minnesota Wild in a win-or-go-home game for both teams.

It’s sure to be an exciting game based on the regular-season series and the first six games in the playoff series. Why not add some more excitement with a bet or two (or three)?

I’m going to give you my picks for the money line, total, puck line, and a few player props.

The Vegas Golden Knights won three of the first four games of the series to take a 3-1 series lead. However, the Wild won the last two (4-2 in Vegas, 3-0 in Minnesota).

Now, the series shifts back to Vegas for the winner-take-all Game 7.

I think there is a lot of value here in the Minnesota Wild here. I do like the Golden Knights to win the game overall, but making them -180 favorites is a bit much.

The Wild beat the Golden Knights five straight times in the regular season and only need to do it once more (to make it three straight) to win the series. It’s not going to be easy, but a +150 line for them is good value. Hell, if they get an early lead you could even consider a cash out depending on the flow of the game.

I think that a 3-2 game, possibly in overtime, could be in the cards. Moreover, teams are more likely to be desperate in elimination games and could pull their goalie early if they’re down by a goal or two. Both teams have more Expected Goals than actual goals in this series as well.

I like the Wild for the value on the money line, but if you prefer the puck line, I’d go with the Vegas Golden Knights. They are great at home and all three wins this series (3-1, 5-2, 4-0) have been by at least two goals.

Jordan Greenway has points in three of the six playoff games thus far for the Minnesota Wild. He also had at least one point in 26 of 56 regular-season games.

Greenway gets overlooked by some of the more talented players on the Wild, but he plays on the top line and guys like him seem to come up big in big games.

Mark Stone has points in four of six games this series and at least one goal in three of six games. He’s been leading the Golden Knights and that should continue in Game 7.