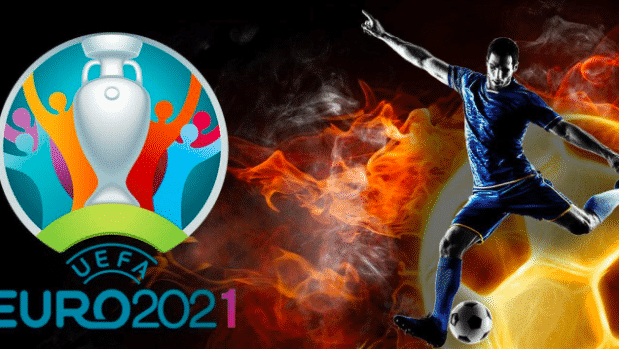 Sports have been known to serve as a unifying factor, bringing nations together. The Euros, a summer tournament, is no exception. The UEFA European Football popularly known as the Euros is one of the biggest football events that is held once every four years.

With the final list of teams in place, ready to commence the action in a round-robin format, there is more fun for lovers of the sports, especially those that are willing to wager some money on the games – from the games group stages to the final which is set to hold at Wembley Stadium on 11th July. If you are a bettor, OLBG already provides you with some helpful betting tips on its website, particularly if you’re looking for the best value bets for England.

Here are some tips that can help bettors prepare for the tournament.

Of all the 24 teams participating in the tournament, Germany has the highest appearances – 12 – while Finland and North Macedonia have zero appearances. Out of this number, only 16 teams will qualify for the knockout stage.

England and France, both with odds of 6.0, are joint favorites to win Euro 2021. It is important that you understand betting odds as they reflect the chances of a particular outcome. This chance is otherwise known as ‘implied probability.’

For instance, with England having 6.0 odds, its implied probability would be calculated thus: 1/decimal odds. In other words, the probability of England winning Euro 2021 is 1/6.0, which is 16.67%.

The tournament has a long list of betting markets. However, some of the most popular ones would be explained. They include tournament winner, group winner, knockout stage qualification, top goalscorer, match betting 1X2, goal totals, both teams to score, correct score, and draw no bet.

The tournament winner market is the simplest form of betting. It is sometimes known as ‘outright betting’ because you only win when the team you predict to win the tournament eventually wins. Group winner involves betting on a team to win their group. The tournament consists of 6 groups and each of the groups has a favorite team. For instance, Italy in Group A, Belgium in Group B, among others.

Knockout stage qualification involves betting on a team that you prefer to earn qualification for the knockout stage. Note that the team could either finish as a top two in their group or fall among the four highest-ranking finishers in third place.

Top goalscorer odds involve betting on the player you think will score the highest number of goals throughout the tournament. Match result betting is simply about betting on the match result. This could be a win by either teams or the match ending in a draw.

Betting on goal totals simply means you are betting on the total number of goals to be scored in a match.

When framing betting odds, bookmakers tend to pay less attention to certain areas, which are critical to determining your chances of winning or losing. Some of these areas are underdogs, team chemistry, home advantage, and motivation.

Traditionally, bettors, especially newbies, tend to wager on giant teams such as England, Germany, Spain, Italy and France on the premise of their exploits in the past and present domination of international soccer. For instance; Spain is more likely to win Sweden. However, if the former has 8.0 odds and the latter has 5.0 odds, even though they are close, Sweden has the higher chances of winning. Usually, such close odds may often lead to the underdog winning with just a goal.

The essence of betting is value. Betting markets often capitalize on the ignorance of an average bettor who lacks enough knowledge of the competing teams and would always bet heavily on famous teams.

In terms of team chemistry, it is wrong to bet on a team simply because it is dominated by talents. A team might be constituted by big names in the world of football; however, such a team may lack team balance or adequate preparation. There might not be a balance in the quality of its attackers and defenders. A team with a strong midfield, for instance, must possess the attacking options that are needed to finish in front of a goal. Therefore, it is important that you take into consideration team chemistry and balance before wagering your bet.

Home advantage is another key factor to consider before wagering a bet, irrespective of the sport. At the domestic level, the typical worth of home advantage is an average of 0.40 of a goal. The implication of this is that if two teams of equal chemistry and balance were to play, the home team would be considered a better team (0.04), just because they are playing at home. In the international level, this factor influences the decisions of referees. Beyond this, the players at home would be playing in a climate to which they are used.

Motivation determines how a team will approach the next match after a match. Many bookmakers do not post match odds for the stage after the group stage until the completion of the opening two rounds. For instance, a team that has secured first place in the opening two rounds in their group will not likely field a full-strength team in the final round.

Therefore, a bettor who has knowledge of individual team motivations as well as understands the strengths and weaknesses of each team would be shrewd enough to place a good bet.

Euros 2021 tournament is fast approaching and only bettors who arm themselves with Euros 2021 betting tips and strategies will have increased chances of winning and fewer chances of losing. Even with that, it is important to note that the pieces of content detailed here do not in any way represent the result of the tournament; rather, they are meant to guide you towards making a safer betting decision. Some of the bookmakers that you may choose include Betfair, Bet365, Betfred, and Unibet. There are also numerous others that are not listed here.