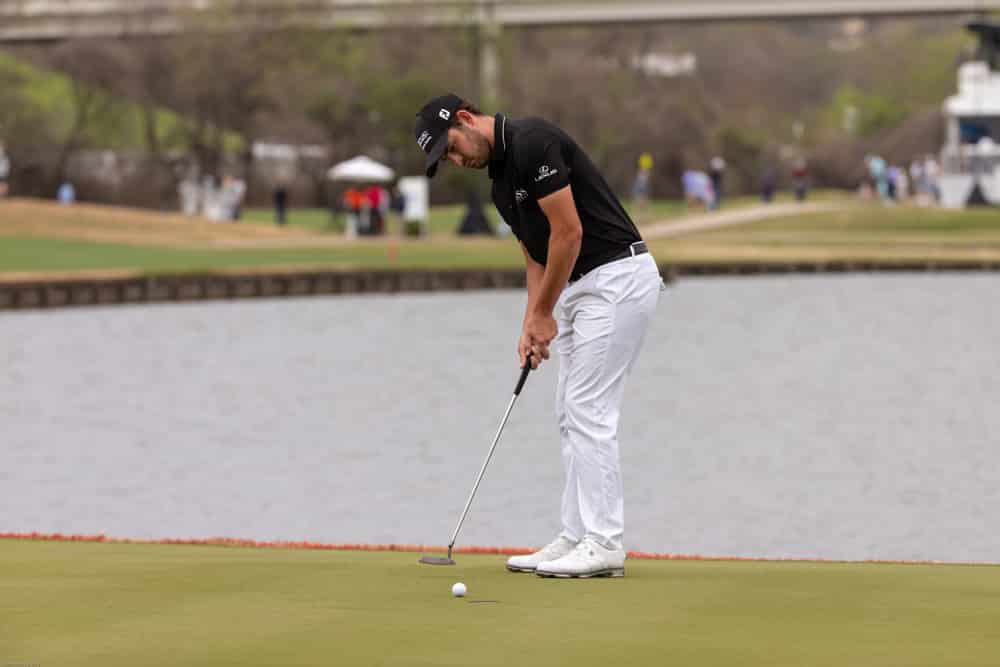 For those who missed it, check out The RBC Heritage Preview and Betting Strategies for the types of golfers you should look to target for your picks. Using that as a guide, let’s take a look at some of the best bets to make this week. Here are my 2021 RBC Heritage Picks (odds courtesy of PointsBet, *Promo Code SGP*).

Bounce back week for Patrick Cantlay. And considering how good he’s been at Harbour Town, 16/1 odds to win this week isn’t crazy. He also has some favorable trends for him. Of the last 10 winners of the RBC Heritage played the week after the Masters, seven of them played Augusta National the week before. And of those seven players, four of them missed the cut at the Masters. This week’s tournament won’t be a birdie fest and will more resemble the tough, grinding conditions he’s had success in. Cantlay is a very consistent player with a lot of ways to get the ball into the hole. He’s a great pick to rebound at the RBC Heritage.

Much will be made around the narrative that “Matthew Fitzpatrick Loves Harbour Town“. That lean hasn’t translated tremendous on-course success at the golf course. But you should like him more because he’s entering this tournament in the best form he’s ever been. Despite a letdown Masters, his overall short and long-term trends with ball-striking, scrambling, and putting look very solid. And a lot of Fitzpatrick’s troubles at the Masters was that he didn’t putt very well. That should bounce back this week. Matthew Fitzpatrick has fared best in firm, tougher scoring golf courses on the PGA Tour. This could be the week he finally breaks through for a win.

Like Cantlay, Kevin Kisner missed the cut at the Masters. As mentioned earlier, that’s not a death sentence for those who went on to then win the next week at Harbour Town. A closer examination of Kisner’s performance at Augusta also suggests a bounce back is imminent. Kisner hit 72% of his greens in regulation across Thursday and Friday. That was one of the highest clips in the field. Unfortunately, he putt atrociously and led to his early exit at Augusta National. That should bounce back in a big way at Harbour Town. Kisner also typically plays both Harbour Town and comparable courses very well on the PGA Tour. He demonstrated last fall at Sea Island that he can play well enough to put himself in a position to win. At 60/1, Kevin Kisner is a great pick to win the RBC Heritage.

Adam Hadwin has played sneaky good golf over the last few tournaments. After a slump last Fall, Hadwin has four Top 30 finishes in his last five starts. Hadwin has improved his efficiency tee-to-green during that stretch and has recaptured some magic with his putter. He’s also a very accurate player, a good scrambler, and strikes his short to intermediate irons well. His lone win came at Innisbrook, which plays similar to how Harbour Town will play this week. Hadwin is a great sleeper pick to win the RBC Heritage.

While Russell Knox missed the cut in his last two tournaments, that only tells half the story. His performance tee-to-green was not the issue. In both of his missed cuts, he gained over 1.5 strokes per round tee-to-green. His poor putting in both tournaments caused him to miss the cut on the number. Knox has a great career at Harbour Town and fits the cookie-cutter mold of players who find success there. He also has put himself in great positions to win the tournament earlier in the year, indicating that top-tier form is still in there. He’s a solid longshot pick to win the RBC Heritage.

Paul Casey switched his putting technique in the final round of the Masters and had his best performance on the greens in the tournament. If the putter is fixed, he’s a contender to play well at Harbour Town. Casey checks a lot of boxes in players that do well at the golf course. He’s a very precise ball striker and a good scrambler. Both qualities are key to a good finish on the leaderboard where the winning score is low teens under par. Casey should rebound from a disappointing showing at Augusta with a good finish at Harbour Town.

Tommy Fleetwood had a very disappointing showing at the Masters thanks to poor putting. He’s been a very good putter across his last 50 rounds, suggesting a rebound is imminent. He also struck the ball well tee-to-green at Augusta and should see that continue to this week. He’s played this golf course very well in his career and excels at places that demand precise ball-striking. Fleetwood is in line for a solid finish at the RBC Heritage this week.

Golf courses like Harbour Town are good fits for Christiaan Bezuidenhout. Some of his best qualities are his accurate ball striking with his short and intermediate irons and great scrambling. Both these two attributes are necessary for a good finish in an April RBC Heritage.

On paper, Brian Harman fits the mold of players who should do well at Harbour Town. But it hasn’t translated to much success. In eleven appearances, he’s finished inside the Top 10 only twice and has missed the cut four times. Contenders at the Masters the previous week also have not historically fared great at Harbour Town one week later. Meanwhile, Harris English seems to have moved past the slump he endured after his victory at Kapalua. He got off to a slow start at Augusta but struck his irons well over the weekend to rise to a T21 finish. He’s also a very accurate player tee-to-green, a good scrambler, and has a good course history at Harbour Town. Look for Harris English to beat Brian Harman straight up.