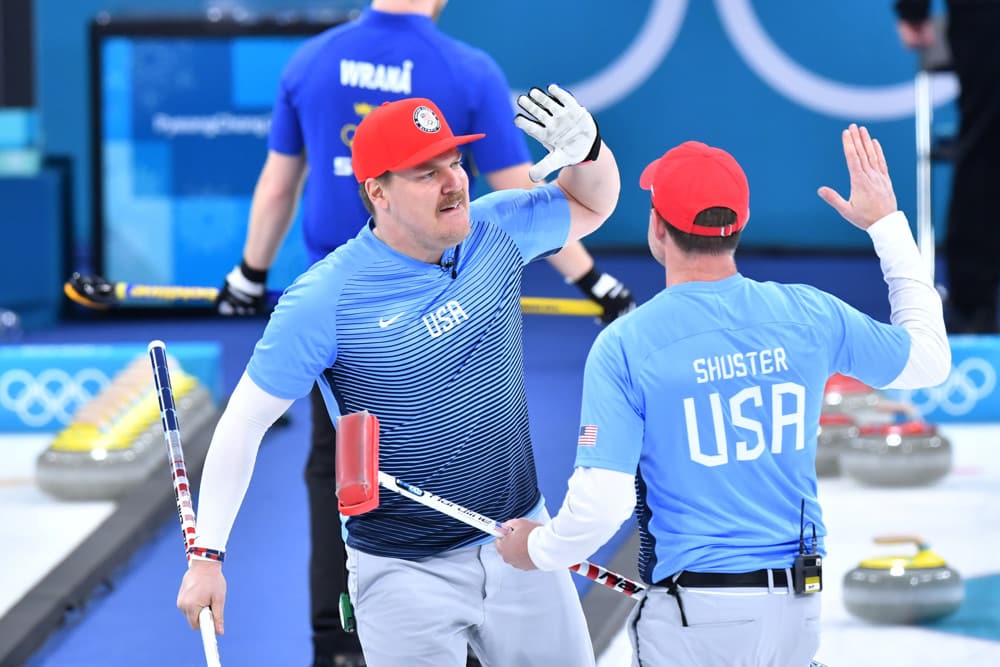 Crack open your Molsons and Labatts, order some poutine, and grab some Tim Horton’s donuts the Curling World Championships are here! If you rode with the Brier and Scotties picks you are most likely sitting on a positive account and itching for some more curling action. Now the greatest men’s curling teams are descending on the curling bubble in Calgary for the World Men’s Curling Championship.

By now in your gambling on curling experiences, you are getting to be an expert. You know what “hurry hard” means and you can identify a draw versus a takeout. Some of you may even be thinking “how can I get in on this curling thing in real life?” Lucky you! USA Curling has a handy “Find A Club Near Me” tool so go check it out and get involved for their next learn to curl or curling season. It’s a ton of fun, every club is filled with great people and most have a bar in-house.

Unlike the Scotties and Brier, the Men’s Curling World Championship features a classic playdown to the championship. All teams will play each of the other teams and then the top six teams advance to the playdowns. The first and second seeds get an automatic berth into the semifinals while the third through sixth seeds play in a first-round game. Winners advance until one team is left standing as the World Champion. It is also good to know that the top six teams earn a berth in the 2022 Olympics. All of the action for the Championships will be on TSN and ESPN3 and here is the broadcast schedule.

Right now you can find futures and game lines on some apps and sites. Some sites also have odds for a team to finish in the Top Three. This added option makes for some better options to spread your action out and cash in at the end of the tournament. As with the Scotties and the Brier, you want to spread your action over a few teams and bets to cover all angles and possibilities. The added cash-in on a top-three finish is a good hedge for your action as well.

The odds-on favorite to win it all is Brendan Bottcher and Team Canada. Bottcher won this year’s Brier tournament and his team is performing at a high-level right now. This team battled through the Brier and is the team that has most recently played in a competitive tournament. They hit tough shots and worked through one of the most difficult and deep Brier fields in years to win gold. Their recent curling success is a reason they are +150 to win the tournament, but it is still plus odds and you need to get in on that action. Avoid placing any action on them to finish in the top three. For more praise of Bottcher and his team, check out the Brier preview.

Edin and Team Sweden have medaled in the last three Olympics and won gold at the last two World Championships. The only reason Sweden is not the favorite is that they are a year removed from competitive curling. Bottcher battled through a difficult Brier while Edin has not played in a tournament since last year. Still, Edin is the defending World Champion and has medaled in seven of the last nine years. Sweden is a dominant force to be reckoned with and will be in contention to win it all. Their +200 odds to win are good, but avoid the -286 to finish top three.

John Shuster with the double to tie it up! https://t.co/crSmtNeRXW pic.twitter.com/thwidaBzQT

U-S-A! U-S-A! John Shuster and the defending Olympic gold medalists are back with a vengeance. This team’s path to redemption involved them being rejected by USA Curling in 2014, but then battled and earned their 2018 Olympic berth. Their Cinderella run continued and they upset Canada and Sweden en route to the gold. Now in 2021 Shuster and company are looking to go back-to-back at the Olympics. Their path to gold in 2022 starts with the 2021 World Championship. They are slightly different from the gold medal team as friend of SGPN Tyler George is no longer with the team. Replacing him is veteran Chris Plys who is a successful doubles curler and brings some skill to the table. Placing some action on them at +2000 to win and +400 to finish in the top three are great moves.

The rest of the field is also coming in rusty as well. Everyone is on equal footing with a lack of high-level curling, but there are some interesting plays. Especially if you can get action on a team to finish in the top three of the World Men’s Curling Championship.

Team Japan at +2000 to win and +400 to finish in the top three is equal odds to Team USA, but they lack the level of top-level curling success that Shuster and co have had. Matsumara has been successful in the Pan-Asian Championships but has often run into struggles against a tough South Korean team.

This event is very top-heavy, but it is also to note there are some teams to avoid at all costs. Team South Korea is not the formidable force they once were with new skip Jeong Yeong-seok taking over. Similarly, Team Netherlands and skip Jaap van Dorp are not someone you want to trust. Van Dorp does not throw last rocks like most skips, he is throwing vice stones and has not ever had much success at high-level events. Avoid placing any action on South Korea or the Netherlands.