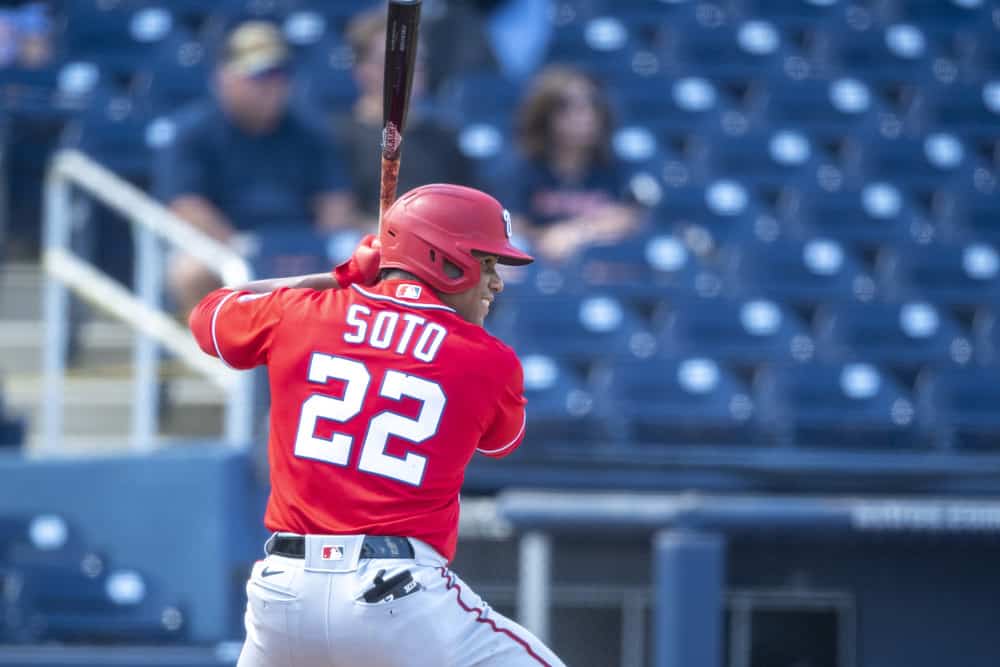 Hello everyone! The MLB season is right around the corner, and I for one couldn’t be happier. It’s something about a three hour sweat that really gets me going! Today, I’m going to share some of my favorite MLB futures bets. If you’re looking for a more in-depth preview of the 2021 season, be sure to check out the 2021 MLB season preview podcast!

*All odds courtesy of BetMGM*

This is one of my favorite MLB futures plays this season. After a mundane offseason for a lot of teams in this division, I was shocked when I saw oddsmakers listing the Angels as third in the AL West. Although it feels like we’ve said this before, this year feels like it could be the year of the Angels.

They brought in Dexter Fowler and Jose Quintana, two players that Joe Maddon coached with the Cubs. It has seemed like the Angels were just missing a little bit of the puzzle, and I feel like those two players may just be that piece. You’re getting great value at this price with LA, who arguably has the most talented roster in this division.

Don’t sleep on the Nationals this year, especially to win this division. They boosted their lineup with Josh Bell and Kyle Schwarber, and they beefed up their pitching staff with Jon Lester and Brad Hand. Everyone they lost during the offseason was replaceable, and I believe they did a good job of improving.

The NL East is much more of an open race than some realize, I believe, although I believe it will be between Atlanta and Washington. The Marlins will be in the cellar this year. The Mets and Phillies will continue their tradition of screwing things up. Atlanta didn’t look stellar last season either, which concerns me.

The Nationals had some of the best pitching in the league last season, but their bats simply weren’t there most nights. Now, Juan Soto has some help around him and I expect Washington to flourish as a team. I wouldn’t toss a max unit play down here, but a unit or two on this is certainly worth it given the extreme value here.

We have one play here that I believe you can take to the bank. The Cardinals didn’t lose much this offseason besides Kolten Wong and Dexter Fowler. They had depth in those positions as well and those were players they could afford to lose.

St. Louis has made the playoffs two years in a row, and I fully believe they will make it three in a row this year. The Cubs, Pirates and Reds should all be in somewhat of a down year (although this is normal for Pittsburgh and Cincinnati).

Milwaukee is the only team that I feel can make a run for this division. Even if the Brew Crew wins the division, I believe the Cardinals will take home a wild card berth like they did last year. So long as their pitching staff doesn’t let them down, you can bank that the Cardinals will be headed to the playoffs this year.

Sixto Sanchez is a prized pitching prospect in the Miami organization. I wouldn’t load up on this play, but I love putting a unit down on this. The Marlins have made a name for themselves as a team to fade over the years, but one thing they have an eye for is good up-and-coming pitching prospect (ex. Jordan Yamamoto).

Sanchez appeared in seven games for the Fish last season and he ended the year with a 3-2 record and a 3.46 ERA. While those numbers may not be eye-popping, I like what I saw from a guy making his MLB debut in such a wacky and screwy season such as the 2020 campaign was.

Let’s wrap things up with a bang shall we? I’m sure everybody wants a piece of LA’s futures in some shape, and this is the best value that you can find. There’s a lot of teams around the league who should be in a down year, and realistically the NL pennant is going to be LA’s to lose.

The Dodgers are going to have the MLB’s best pitching rotation with Clayton Kershaw, Trevor Bauer, Walker Buehler, Julio Urias, David Price and even Dustin May available to make starts. Their biggest lost offensively was Joc Pederson also, who was good, but he is replaceable.

The Padres are the closest thing to a team that could knock them off their perch I feel, and San Diego simply doesn’t have the same level of offensive output. Los Angeles is laying -250 to win the division, and that’s not an MLB futures that I’m willing to lay although it’s probably more safe. It’s very reasonable to expect the Dodgers to win the NL again, and I like getting +180 on them to do just that.

*Be sure to check sg.pn/mlbpicks every day where SGPN’s MLB experts Malcolm Bamford, Munaf Manji and Will Moorman pick every damn baseball game every day!*